A new way to remove troublesome ions from water 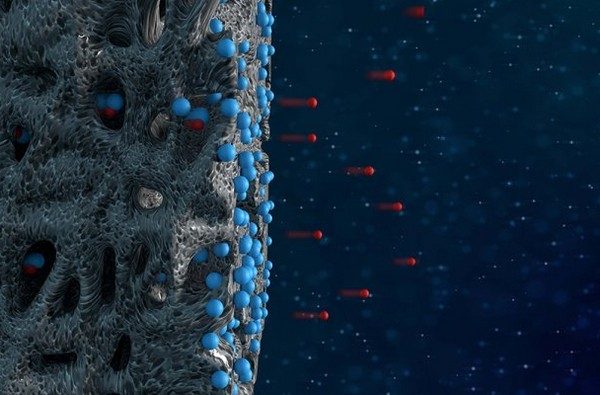 Converting seawater into freshwater is important in water-scarce countries. For that process, certain charged particles – known as ions – have to be removed from the water, but some ions are difficult to remove from water due to their chemical properties. Recent research by scientists from Israel and the Netherlands is helping to improve this ion-removal process.

The researchers were able to predict the behaviour of boron ions during water processing and thus simplify their removal. Many harmful or valuable ions in seawater, brackish water or freshwater are amphoteric: their properties vary with the pH. “It is difficult to remove these particles from the water with standard membrane technologies,” says Jouke Dykstra, Assistant Professor at the Department of Environmental Technology at Wageningen University & Research. “You then have to add certain chemicals to control the pH. But we want to avoid that as much as possible: there is a strong trend to use fewer chemicals.”

Seawater desalination
As an example of this ion removal process, Dykstra refers to the desalination of seawater. This is happening worldwide at locations with a shortage of freshwater. For example, many countries around the Mediterranean use desalinated seawater for irrigation. “But seawater also contains boron, which is toxic in high concentrations and it inhibits plant growth. Obviously, this is a problem for irrigation, and that is why we are looking for new ways to remove boron and other ions from seawater.” Desalination is becoming increasingly important due to drought in many regions. Dykstra: “New technologies are needed to continue to meet the demand for freshwater, not only in the Mediterranean and the Middle East but also in the Netherlands.”

Wageningen researchers are working on this challenge together with colleagues from Technion – the Israel Institute of Technology, and from Wetsus – the European Centre of Excellence for Sustainable Water Technology in Leeuwarden. Together they have developed a new theoretical model of the behaviour of boron during a process known as capacitive deionisation. This is an emerging, membrane-less technique for water treatment and desalination using microporous, flow-through electrodes. When an electric current is applied, ions are adsorbed to the electrodes and hence removed from the water. Dykstra: “We are the first to develop a theoretical model that enables us to predict this behaviour and use it to our advantage.”

Entirely new design
The Israeli and Dutch researchers discovered that such systems require a completely new design. For example, they demonstrated both theoretically and experimentally that the water has to flow from the positive to the negative electrode, and not the other way around, as is now customary. “Our research has shown that a good theoretical model is essential to effectively control such complex chemical processes,” concludes Dykstra. “This approach offers many interesting possibilities. You could also use this model for other challenges in wastewater treatment, including removing arsenic or small organic molecules, such as drug residues or herbicides.”