AQUA4D® : a revolution for the management of salt in soils 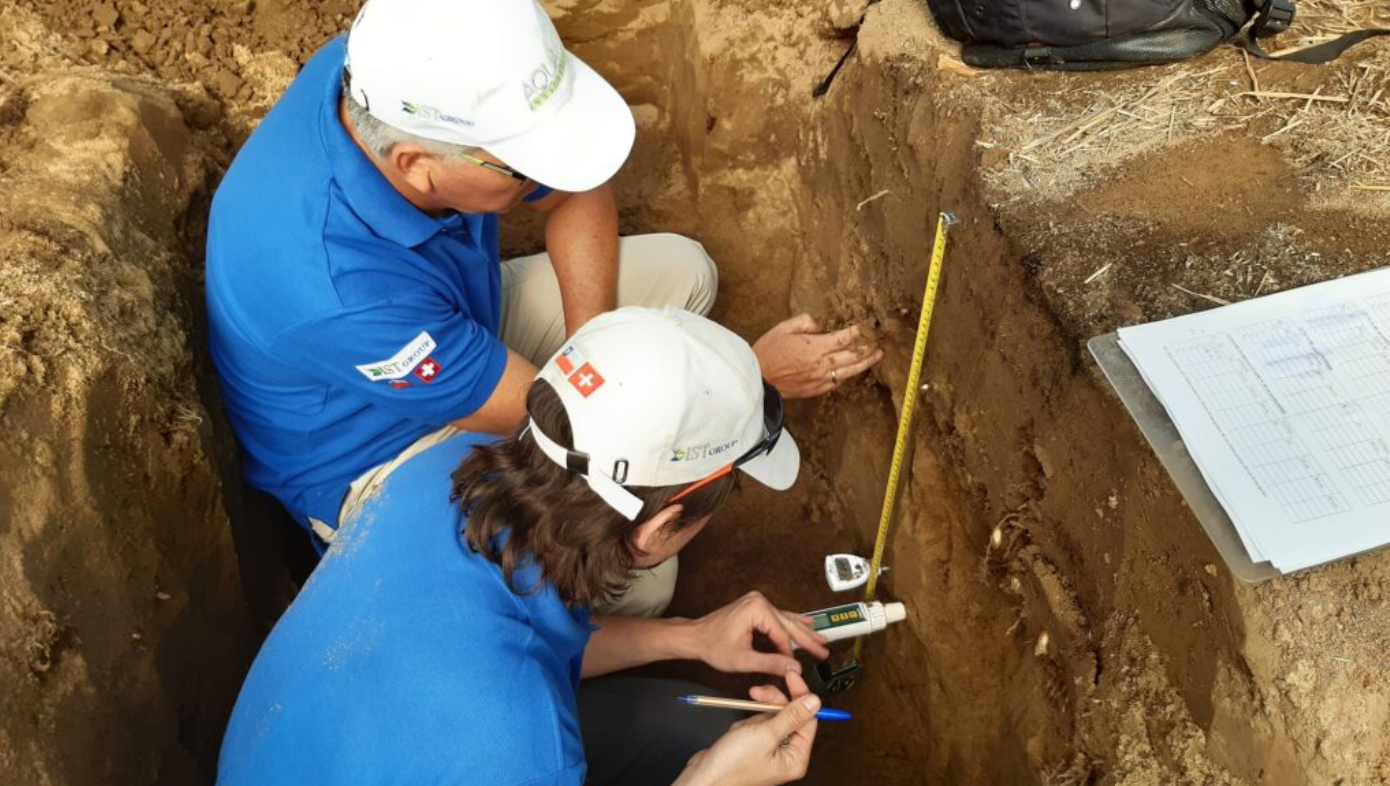 Like many places in Peru and Chile, the coastal area of northern Peru suffers from increasing soil salinity. This presents particular difficulties for the cultivation of avocados, an important export commodity but a tree notoriously sensitive to excess salts. As a University of California study states, “problems associated with high soil salinity and chloride toxicity cause reductions in fruit yield and tree size, lowered leaf chlorophyll content, decreased photosynthesis, poor root growth, and leaf scorching.”

These problems and more were faced by SF Almácigos in Viru, who grow avocados along with a variety of other fruits and nuts. As is common practice, they had previously resorted to the water-intensive leaching of salts by washing, and using Reverse Osmosis (RO) to remove the salt from the water. But with water becoming an ever-scarcer resource, and RO becoming an expensive and electricity-intensive option for SF Almácigos, they started looking for other solutions – including Switzerland’s AQUA4D.

What’s the difference between AQUA4D® technology and Reverse Osmosis (RO)?

While RO removes all salts and minerals from the water, AQUA4D® water-smart technology changes the physical structure of the molecules contained within the water, efficiently dissolving the minerals within. And whereas RO requires ongoing maintenance, AQUA4D involves no consumables or wastewater output. As Peru-based agronomist Enrique Rebaza says, “It seems like a paradox, but AQUA4D solves salinity issues while still being able to use the same saline water”. [Tip: this video explains how this is made possible]. Lastly, as an AQUA4D system uses only as much power as a standard 10W lightbulb, this is a resource-efficient solution on all levels. Could this be the solution to solve SF Almácigos’ long-standing irrigation issues?

After being persuaded by the above factors, they installed an AQUA4D FA10-360 system and monitored the results on an ongoing basis using EC measurements and sensors. As a further interesting element, they compared the effects of the AQUA4D plot with a control plot irrigated with reverse osmosis (RO) water.

The electroconductivity (EC) ratio was calculated at depths of 20 to 40 cm. Generally speaking, the roots in the area treated with AQUA4D® present a better environment to grow more vigorously compared with the control. This would be expected as with salts no longer crystallizing around the roots, the plant can flourish, better absorb nutrients, and reach its potential. This movement of salts is illustrated in the graph below, where the effect on the soil EC over time is crystal-clear: the salts have been pushed ever lower over time, out of harm’s way:

Soil moisture levels are kept close to 100% of field capacity in the area treated with AQUA4D®, while managing irrigation without exceeding this point to avoid permanent saturation. Indeed, it is suggested to maintain fluctuations in moisture levels generating an optimal water-air balance in the soil pores. This implies decreasing watering times by about 10%. Given the increasing water retention by the soil in the AQUA4D-treated zone, agronomists suggested to decrease the total volume of water applied by 10% (i.e., decrease the irrigation times by 10%, maintaining frequency).

“The better hydration of salts and soil with the treatment avoids them concentrating in the root area, a factor which damages hairy roots and limits plants’ nutrient uptake – a classic situation of salt stress,” says Enrique Rebaza, who was in charge of the project. “Conversely, with AQUA4D salts no longer block the soil pores and the plant can better get the water and nutrients it needs to flourish.”

How did AQUA4D fare against the plot irrigated with Reverse Osmosis? As can be seen by the Aquaspy measurements below, the soil in fact EC decreased equally with AQUA4D and RO. But this tells only half the story: during the monitoring period of 80 days, the AQUA4D® system consumed 1.78 kW/m³ (0.9 Wh per m³,). Conversely, in the 51 days the Reverse Osmosis system was activated it used 3,549 kW/m³ in 51 days (2.9 kWh/m³):

Hence, AQUA4D achieved the same results while consuming 3000x less electricity, and without taking out or adding anything to the water.“A curious thing that happens in saline soils with membrane-treated water is that while you create a ‘salt free or reduced salt’ area in the roots, the concentration of salts in the outside is actually higher,” says agronomist Enrique Rebaza. “RO takes salt out of the water, but does not address the salts which are already in the soil. AQUA4D is ideal both for irrigating with saline water and managing salts in the soil - AQUA4D can unclog the pores and push salts down and to the side, preventing their accumulation.”

In their report after the most recent visit, agronomists drew the following conclusions:

· Over a period of 3 months, AQUA4D has resulted in:

· Better efficiency in the use of water and energy

· Better management of soil salts in the root zone

· Decrease in the sowing period

This project in northern Peruis just one of several under way in Latin America involving AQUA4D® technology. This includes multiple landmark projects as a collaboration between the Hass Avocado Committee and INACAP in Chile, using water-smart irrigation to significantly boost water efficiency and manage salts and nutrient uptake. “AQUA4D is the only technology which solves salinity by saving water in the process,” says Rebaza. “In this sense, we can truly see this approach as a revolution for the management of salt in soils”.