BIG and Ramboll masterplan “urban mosaic” of islands in Penang 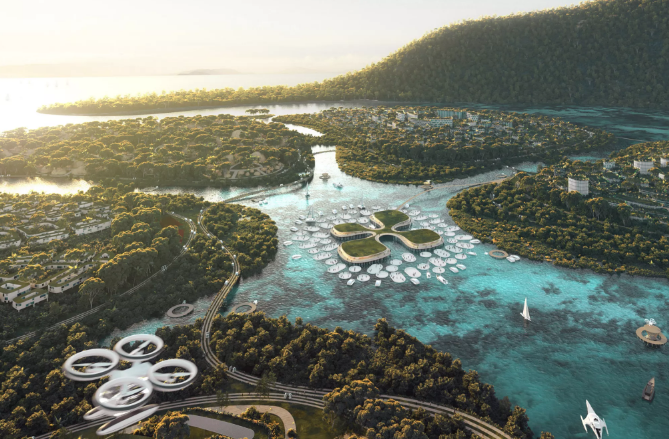 A team of Danish and Malaysian consultants has won a competition to design a series of developments on three artificial islands in the Malaccan strait.

The project will consist of villages of around 16,000 residents located along 25km of waterfront, 4.6km of public beaches and 240ha of parks.

The homes will be built from low-carbon materials such as bamboo and Malaysian timber, as well as sustainable concrete made from industrial waste and recycled materials. Energy will come from solar panels and wind turbines.

Green facades and roofs will be used to create the sense of a “continuous habitat mosaic” that will allows houses to blend into the islands’ forests and beaches.

The three main elements will be:

The project is aiming to become car-free, with autonomous public transport vehicles operating in the air, water and on land. Ecological corridors will be built for animals to allow them to navigate areas occupied by humans.

The project is being overseen by the state government of Penang, which has not given it a start date.