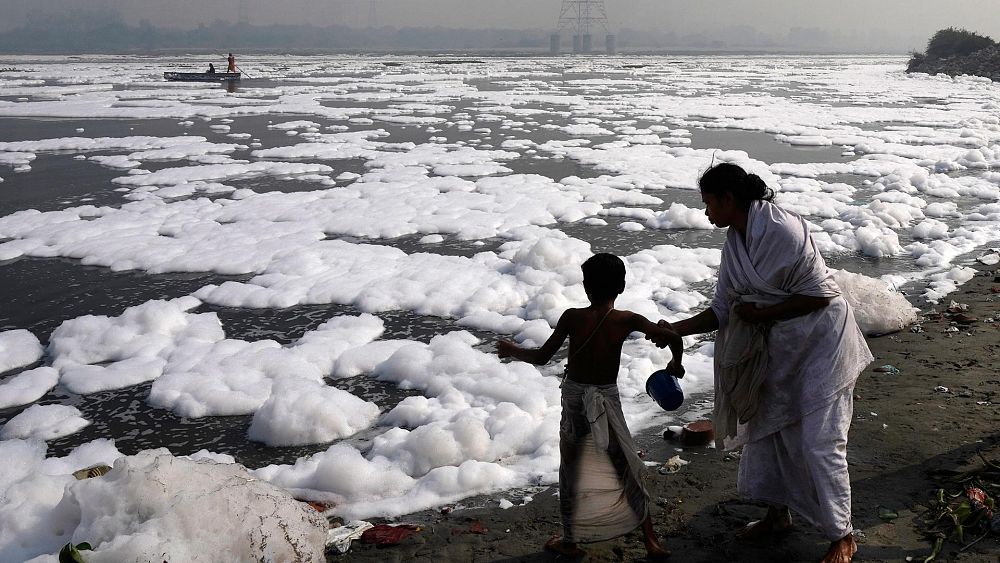 An international team of scientists has assessed how hundreds of thousands of chemicals produced by human activity are impacting the stability of global ecosystems. They say that we have now exceeded the planetary boundary for environmental pollutants.

“The pace that societies are producing and releasing new chemicals and other novel entities into the environment is not consistent with staying within the safe operating space for humanity,” says co-author Linn Persson from the Stockholm Environment Institute.

What are ‘planetary boundaries’?

The Earth has remained remarkably stable since the dawn of civilisation 10,000 years ago. In 2009, experts outlined nine boundaries that keep us within the limits of this steady state. They include greenhouse gas emissions, forests, biodiversity, fresh water and the ozone layer.

While we have already estimated the limits for global warming or CO2 levels, scientists have not looked at chemical pollution. The wide range of different polluting sources means that, before now, experts have not been able to reach a conclusion on the state of this particular boundary.

There are reportedly around 350,000 different types of manufactured chemicals - or “novel entities” as they are known - on the global market. They include:

These are created by human activity with mostly unknown effects on the Earth’s ecosystems.

The rate at which these pollutants are appearing in the environment far exceeds the capacity of governments to assess global and regional risks, let alone control any potential problems.

“The rate at which these pollutants are appearing in the environment far exceeds the capacity of governments to assess global and regional risks, let alone control any potential problems,” says Bethanie Carney Almroth, a co-author of the study from the University of Gothenburg.

Scientists say we have already crossed four other planetary boundaries - global heating, the destruction of wild habitats, loss of biodiversity and nitrogen and phosphorus pollution.

This study now adds chemical pollution to that list.

Plastics are having a ‘devastating’ effect on planetary health

The total mass of plastics found on the planet is now twice the mass of all living things and this kind of pollution is of particular concern. The production of this pervasive form of waste is only projected to increase despite efforts in many countries to reduce their use of plastics.

Almroth adds that plastic pollution can impact other vital planetary boundaries too including climate change via fossil fuel use, the availability of clean water and even antibiotic resistance . 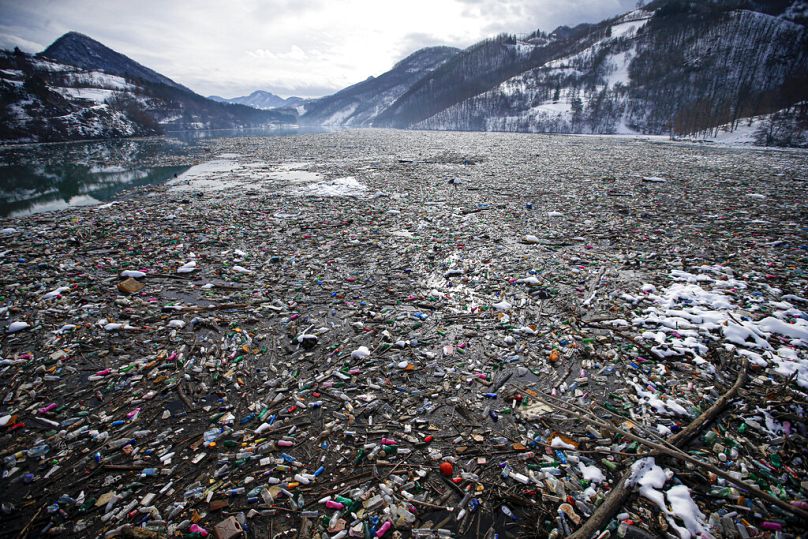 Plastic bottles and other garbage floats in the Potpecko lake near Priboj, in southwest Serbia.Darko Vojinovic/Copyright 2021 The Associated Press. All rights reserved.

“Plastics have helped solve some environmental issues owing to their light weight and durability, but overuse and misuse are having devastating effects on planetary health.”

Recent research has shown that this prolific pollution could already be posing a threat to our health and that of the delicate balance that keeps our ecosystems stable.

Despite many overlapping issues, experts have pointed out that there was no mention of plastic in the Glasgow Declaration made at COP26.

What can be done to bring us back within the limits?

It is possible to bring chemical pollution back within planetary boundaries, Persson tells Euronews Green, but this is challenging for two reasons.

“One, many of the substances that we have released, and are continuing to use and release, are highly persistent and will stay in the environment for many years to come,“ she explains.

“And two, the current speed at which we invent new substances and the constant increase in volumes produced and used, are tightly linked to overall trends in global production and consumption and can therefore not be curbed by a few single measures.”

Many of the substances that we have released, and are continuing to use and release, are highly persistent and will stay in the environment for many years to come.

The report’s authors are proposing a number of actions to reduce the production and release of these pollutants - to bring us back within safe limits for humanity. These include more circularity in product supply chains as well as a preventative and precautionary “hazard-based” approach to addressing the problem.

Persson also points out that caps on plastic production have been proposed in the past - “we suggest that something similar might be needed for all novel entities.”