Chile’s new constitution could rewrite the story of lithium mining 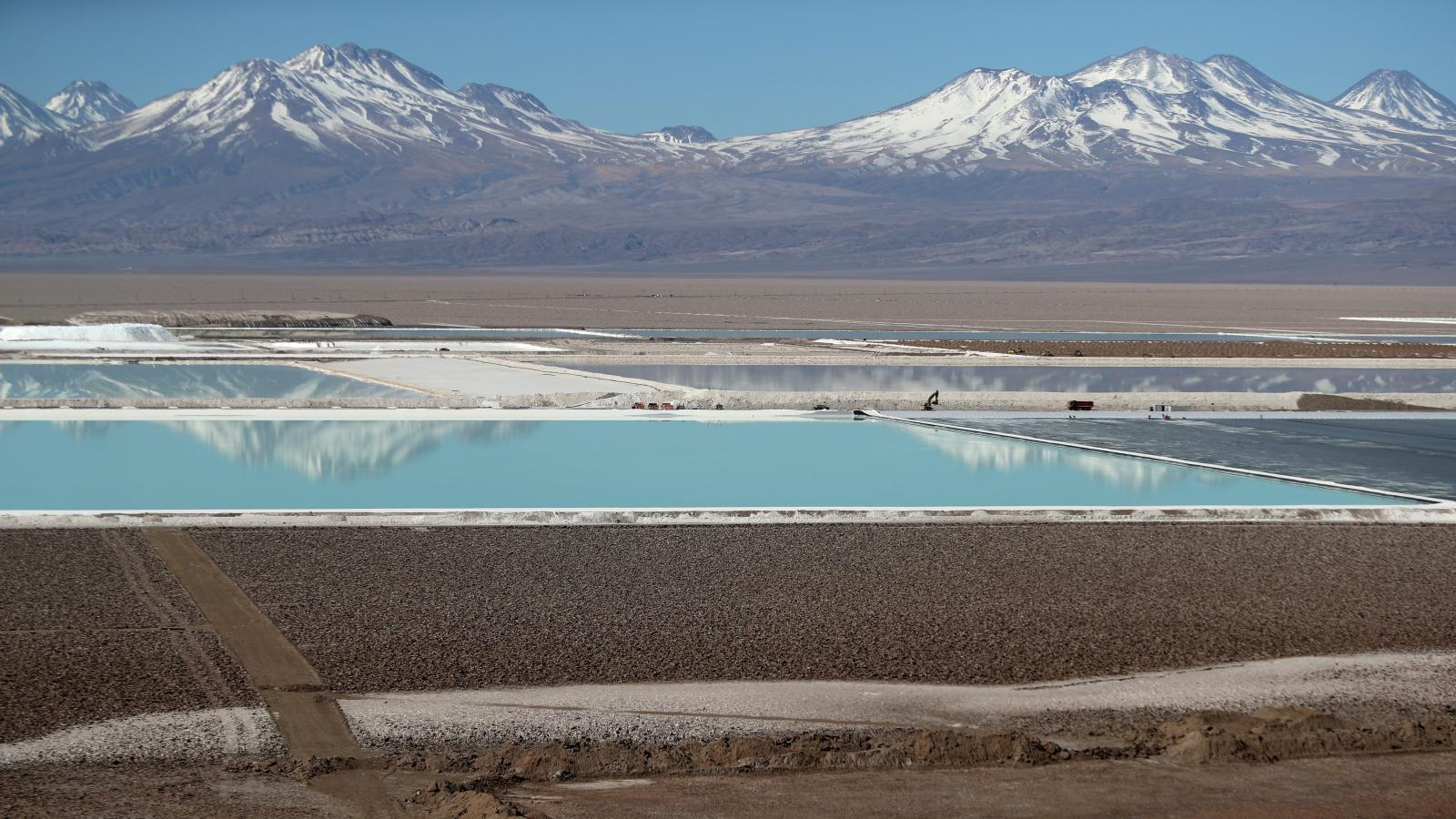 Lithium is one of Earth’s most widespread elements. The metal is found just about everywhere, even in small traces in drinking water. It’s a key element in the batteries that experts say could guide us to zero-emission electricity and transportation. That is, if it can be mined fast enough.

But in Chile, scientists are finding that the rapid rate of removal may be disrupting water availability in the surrounding desert. Beneath the Atacama Salt Flat, a Rhode Island-sized expanse of salts, a major source of lithium is locked in an underground reservoir. As mining projects there expand to meet skyrocketing demand, they have met resistance from Indigenous communities that surround the salt flat, and from regulators who are trying to understand a one-of-a-kind water cycle.

Chile’s lithium ends up in ceramics, lubricants, and most often, batteries, but the metal first enters balance sheets as a super-salty liquid. At the salt flat, two companies pump out brine from below the surface. In colossal pools under the power of the sun, the water evaporates out of the brine, leaving behind white salts that are sold into international markets.

Ingrid Garcés Millas, a chemical engineering professor at the nearby University of Antofagasta, refers to this process as “water mining.” But in the government’s eyes, the brine is a mineral. It’s a point of contention that has fueled a conflict between local groups and companies over the importance of a water resource in one of the world’s driest deserts.

With brine regulated as a mineral, the government retains ownership and allows private companies to manage their own operations. But backed by growing evidence that brine extraction may reduce freshwater supply, advocates want to classify brine as water. This, they believe, will grant Indigenous groups more authority over their resources and protect a delicate ecosystem.

When Chilean citizens overwhelmingly voted in October to rewrite their dictatorship-era constitution, they set the stage for a dramatic reassessment of the coastal nation’s relationship with the environment, a move which many believe will unsettle mining companies. Lithium brine, increasingly sought to fulfill global climate goals, has challenged humanity’s attempts to classify and regulate the natural world. Its ultimate definition—mineral or water—has consequences that ripple across ecosystems, communities, and history in a nation built on mineral extraction.

The salt flat’s two lithium producers, US-based Albemarle and Chilean SQM, agree with the government. The brine, they say, is only useful as a source of the contained metal. Its water can’t be used for drinking, irrigation, or other purposes.

Yet when Eduardo Bitran oversaw a hydrological study of the salt flat in 2016 and 2017 as an officer in Chile’s economic development agency, the study tallied brine alongside freshwater. And there was a deficit: More water was leaving the salt flat than was entering it. To restore balance, lithium producers would have to figure out how to extract less water.

Brine “is mostly water,” said Bitran, now an engineering professor at Adolfo Ibáñez University. He believes it’s a mistake to regulate the substance as if it has no influence on the surrounding freshwater. This view is shared by local communities who live on the edges of the basin, said Jorge Muñoz Coca, a member of the Lickanantay Indigenous group.

On a September afternoon, at the confluence of two streams that flow to the salt flat, Muñoz Coca shepherded sheep and goats in a landscape of cactus and shrubs. Water flowed from the basin’s high mountains, past his feet, and toward the lagoons on the brim of the salt flat. “This water goes toward the big salt flat and finds the balance there,” he said, speaking in Spanish in a voice message to Undark. “Nature always finds its balance.”

Over the past few years, scientists have begun to study this ancient arid area and its salt flat with a particular focus on human-caused change. Among other things, they’ve learned that precipitation at high altitude falls to the earth and seeps through mountains’ porous rocks. As gravity pulls it down, the water collects in a basin larger than the Hawaii islands.

With no outlet, water exits only through evaporation—a process that leaves behind minerals and creates the salt flat’s hard salty crust.

“The desert historically has been seen as a wasteland,” said Cristina Dorador, a microbiologist at the University of Antofagasta. Few had researched the life in the Atacama’s extreme environment when she first published on the subject in 2008. Her research traced the microbes that live in the brine to the diets of the region’s three species of flamingos, which eat brine shrimp. All three flamingo species are considered either vulnerable or near threatened, and since 1996, their habitat has been protected as a globally important wetland area under the Ramsar Convention.

Dorador thought telling people about the diverse ecology would incline others to protect the area. But “it’s not enough.”

On the slopes of the basin, thousands of feet above the center of the salt flat, several Indigenous communities rely on the mountains’ freshwater that fills aquifers and streams to sustain themselves and livestock. In 2016, after decades of extraction, activists caught international headlines as they called out shrinking water resources.

A 2019 study of satellite imagery found that drought conditions had worsened, soil moisture and vegetation declined, and daytime temperatures rose. Flamingos began migrating to the flat in smaller numbers. Skeptics blamed climate fluctuations, but locals point to another culprit: the pumps that draw brine from below the surface of the flat and the water evaporation pools that can be thousands of feet long and hundreds of feet wide.

Whether the brine pumping affects freshwater supply and flamingo habitats hinges on the mixing zone between freshwater and brine. Is it porous? Can one side affect the other? Researchers published a 3D model of the theorized zone just two years ago.

The desert historically has been seen as a wasteland.

Stefan Debruyne, a business development director at SQM, says that the company’s data show that the mixing zone has prevented its pumping from shrinking water supply. Even within the salt flat, he says, brine extraction in the middle of the flat has no impact on brine on the edges where flamingos live.

However, in a series of studies, University of Vienna postdoctoral geosciences researcher Miguel Ángel Marazuela found companies are pumping brine so fast that it may be jeopardizing the balance.

When brine is pumped out, the water table drops, and less water evaporates naturally from below the surface. Initially, the lower evaporation can compensate for the drop in water level from companies’ brine pumping. But when the water table drops below two meters deep, the evaporation rate hits zero—no more water can evaporate. At this point, Marazuela concludes, dropping evaporation rates can no longer counteract the effects of brine pumping. Freshwater pools may soon begin losing water.

“We need to think [of] the system as a whole, as a complex ecosystem unit instead of seeing it as compartments, because at some point those things are related,” said Dorador.