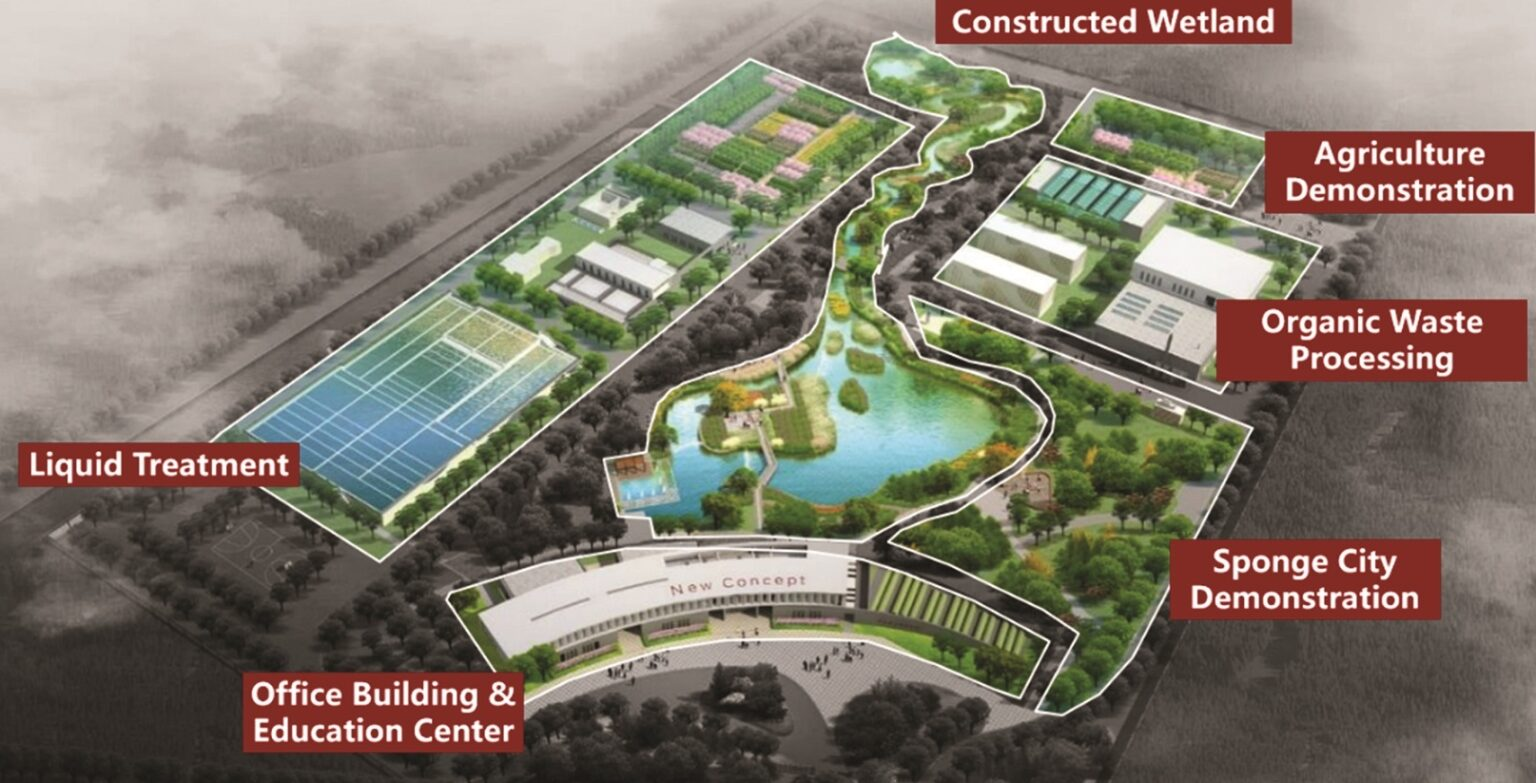 After nearly 40 years of remarkable development, China currently has the second-largest economy in the world. The country also now possesses the world’s largest municipal wastewater infrastructure asset base, but in which direction is this headed?

The CCWC concluded that future wastewater treatment plants should achieve four essential goals – sustainable water quality, resource recovery, energy neutrality, and environmental friendliness – brought together in what is known as the Concept WWTP. The China Concept WWTP is oriented to 2030-40, practising low-carbon concepts, and intensively applying and demonstrating global advanced technologies that have been and will be engineered so as to meet fully the requirements of China’s sustainable development strategy and with the hope of becoming the benchmark of municipal wastewater treatment plants in the world.

“What we care about is not the concept, but the future,” says Professor Jiuhui Qu, the leading member in the CCWC. “The future not only requires creativity, but also calls for actions, applying creativity to create a future without sewage and using actions to achieve a bright future full of wisdom.”

Over more than seven years, the CCWC has gathered global insights and cooperated with many domestic institutions. Discussion and exchanges, visits, collaborative research, formulation of plans, work on engineering practice, and gathering of feedback have been carried out. The committee has completed a preliminary round spanning concept, technology, and construction demonstration, right through to obtaining social feedback to provide the basis for the Concept WWTP.

The first Concept WWTP in China

The CCWC also promotes implementation of the Concept WWTP. The first plant to have been built around the concept is Sui County No.3 WWTP, which serves a population of about 900,000. This is in Sui County, Henan Province, in central China, approximately 700km south of Beijing and 800km northwest of Shanghai.

View of Sui County No.3 WWTP

Surface water in the county is in short supply and of poor quality. The evaporation rate is high and it is common for groundwater to be overdrawn. The county also has an active livestock and poultry breeding industry. Small to medium size farms are scattered over the county. Inadequately managed manure forms non-point pollution sources, causing water pollution problems. Furthermore, the southeast section of the county has experienced rapid urbanisation in the early 2010s. A wastewater treatment plant was desperately needed to manage the increasing amount of sewage generated in this area and to prevent further degradation of local water quality. This proved to be an excellent opportunity to build the Sui County No.3 WWTP around the goals set out by the CCWC.

The project, which has a total budget of 180 million yuan (approximately $26 million), began construction in the second half of 2017, and the plant started operation in early 2019. A public-private-partnership (PPP) model was used for the plant construction. Through an open bidding process, the Sui County government selected CSD Water Service (CSDWS) as the private sector partner. The Henan Water Conservancy Investment Group Co., Ltd was the project lead. The project team also included the First Engineering Bureau of Henan Water Conservancy Co., Ltd. CSDWS was responsible for process design, technology and equipment supply, plant construction, and plant operations.