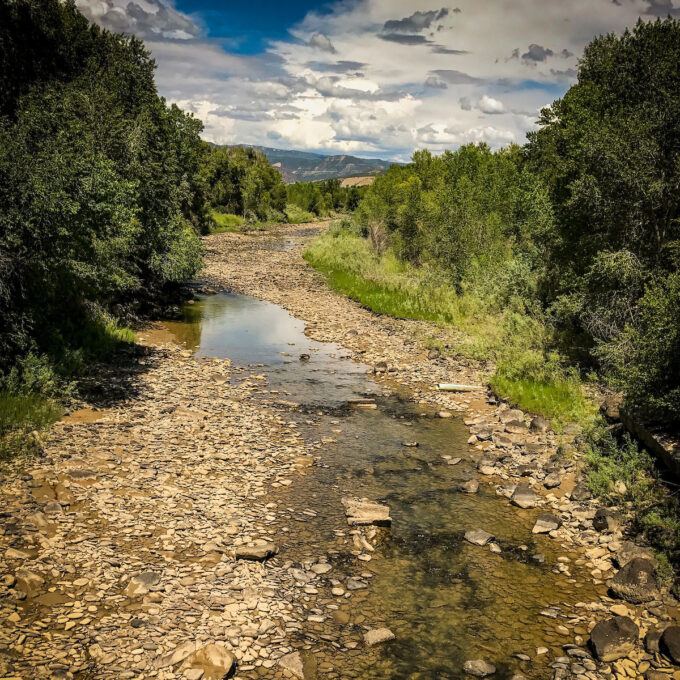 The stakes of ignoring the likelihood of a hotter and drier future are high. 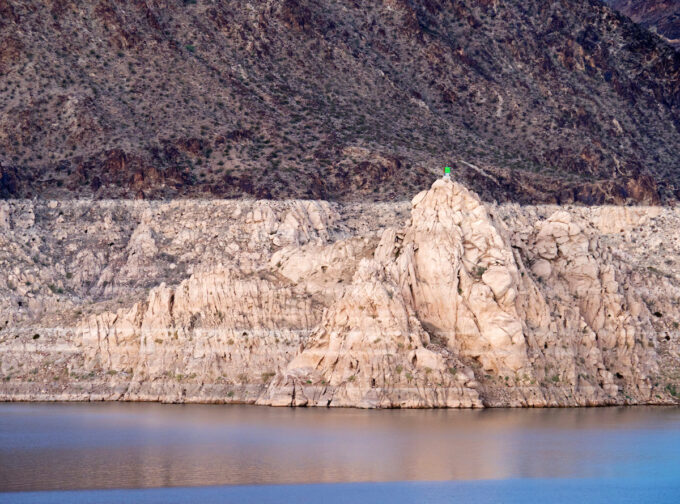 Over the last few weeks, we’ve focused our attention on the recent study published by the Center for Colorado River Studies about the future of the Colorado River, given some alarming new data synthesized by the Center. You’ll likely recognize the authors—Kevin Wheeler, Jack Schmidt, Eric Kuhn, Brad Udall and others—who are no strangers to ongoing dialogue about the river. In our first post, we covered the broad takeaways, the potential ramifications of the study’s finding on water management in the West, and on the importance of the inconvenient science it elevates. In the second post, our “Changed River” edition, we let the line “The Colorado River has been profoundly altered from its highest reaches to its delta” percolate and came out even  more  committed to the preservation of the river and inspired to consider and address new challenges revealed by the study that will demand even more aggressive action on behalf of the river.

In this, our “Climate & the River” edition, we’ll highlight findings from the study that underscore how important it is that, as we look to the future, we model future hydrology not only by understanding the past, but by looking ahead to the impacts of back-to-back and longer-term droughts paired with warming temperatures that precipitate aridification. As climate scientist Brad Udall likes to say, it’s a “hot drought,” where warmer temperatures are leading to less water in the river, even if precipitation is actually remaining roughly the same. 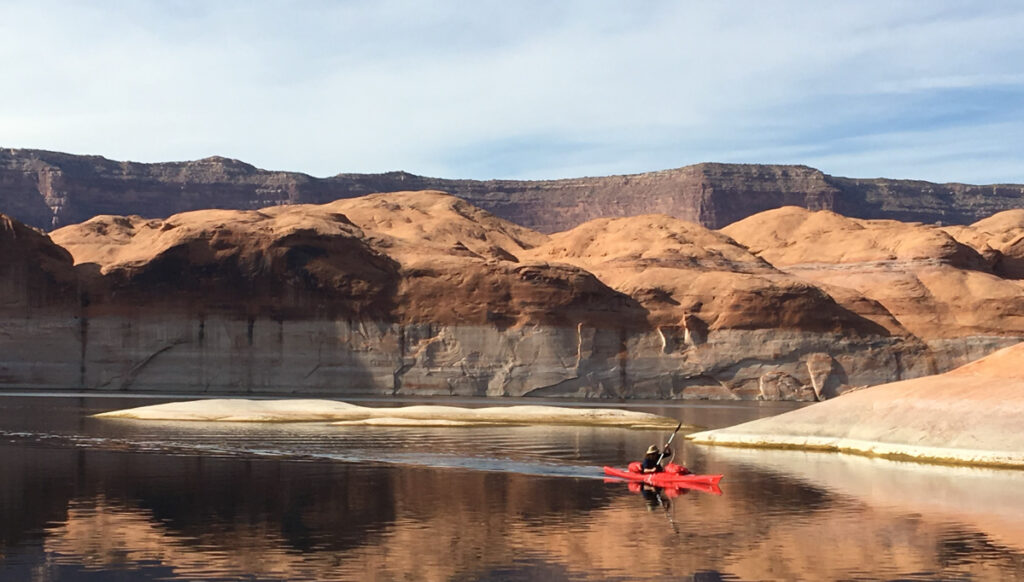 The stakes of including, or ignoring, the likelihood of a hotter and drier future in our decision making are high. Authors open their study with this quote for a reason:

“The likelihood of conflict rises as the rate of change within the basin exceeds the institutional capacity to absorb that change.” Wolf, A. T., S. B. Yoffe and M. Giordano (2003).

If you’re eager for the takeaways, you can skip to the bottom of this post. If you’re curious about how they arrived there, and why, read on!

The assumptions we make to inform future management are critical, and when it comes to predicting future hydrologic conditions that answer the questions: “How much water will be available? In what form? And when?”, it is irresponsible not to model and plan—to the greatest extent possible—for the conditions climate science predicts. 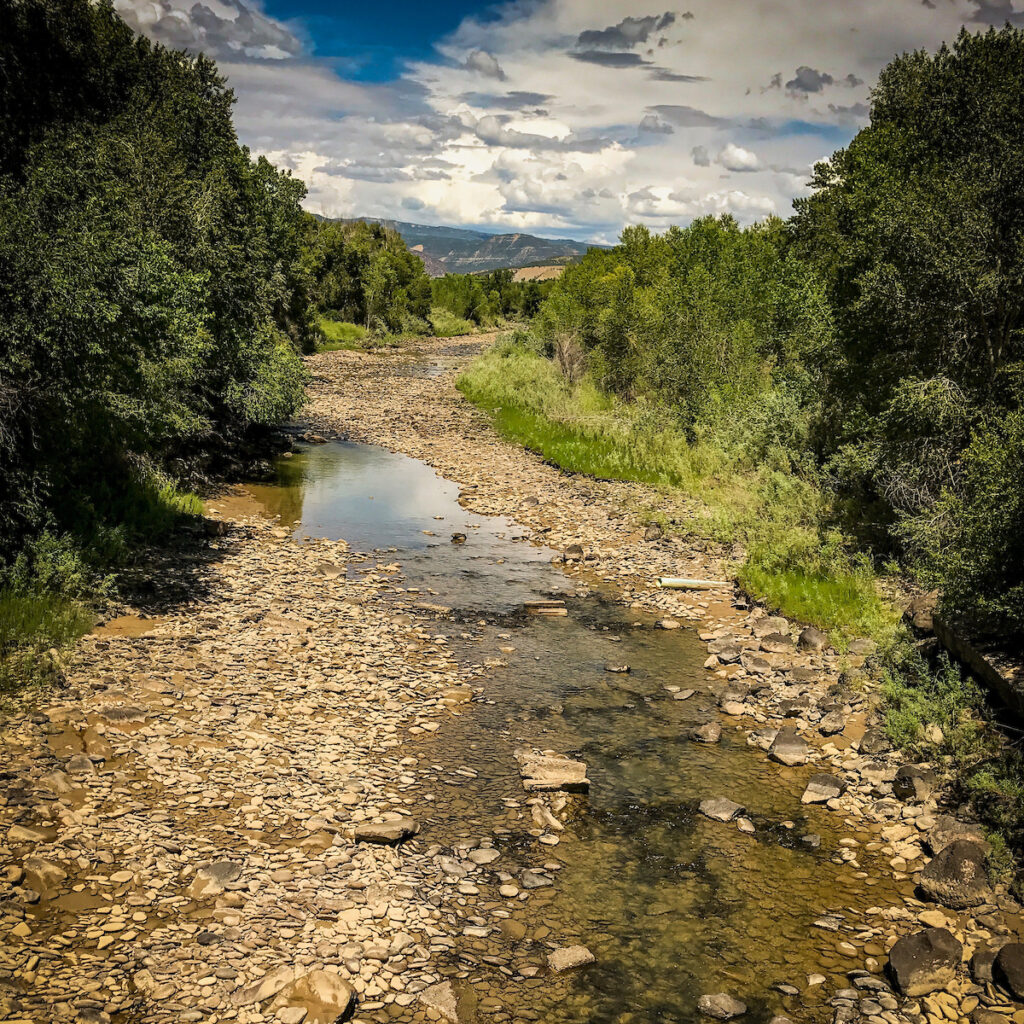 To that end, the authors compiled diverse sets of data to represent a range of past and future conditions and applied them to the management alternatives that we highlighted in the first blog of this series. The findings of their analysis underscore discrepancies between projections that look solely to the past, those that ground themselves in recent hydrologic regimes, and those that forecast to the future based on various climate projections.

Currently, the Bureau of Reclamation utilizes two different hydrologic model sets, one called the  Direct Natural Flow  (DNF) and the other called  Stress Test  hydrology. Each model is derived from the average flows across different periods in history. The DNF model relies on estimated natural flows from 1906-2018. Authors of the study point out that this 113-year period includes what’s referred to as the “20th century pluvial period” from 1906-1929, an unusual, bountifully wet period, from a hydrologic perspective. According to Udall, the patterns represented by the DNF data are unlikely to re-occur in current management timeframes. The  Stress Test hydrology  skips this period and jumps to a 31-year range between 1988-2018, which includes both high flow years, and years of drought beginning in 2000 – what the authors refer to as the ongoing “millennium drought.” In addition to those, authors integrated or developed the following forward-looking data sets: 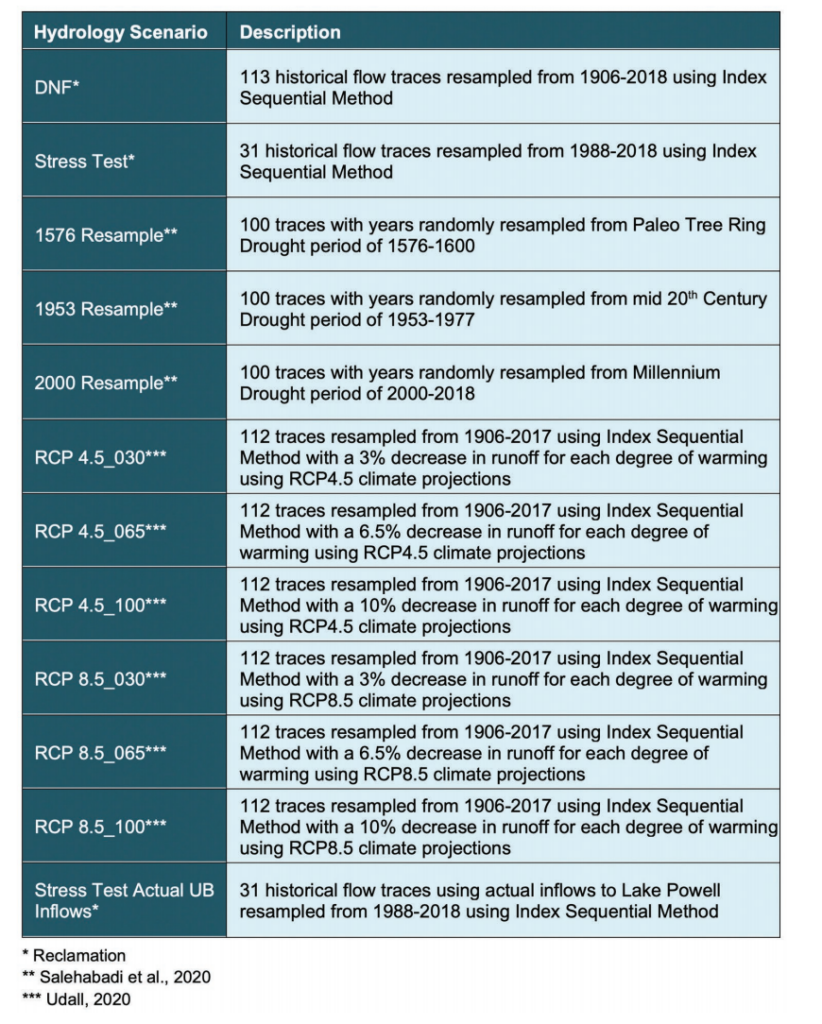 Now, if that looks super technical, it’s because it is! These detailed and diverse data sets allowed the authors to model unique scenarios, including three different scenarios of extended drought, all of which have occurred in the past, and for decreases in runoff associated with the anticipated effects of aridification. They chose these hydrology sets to test alternative management strategies under long periods of low runoff, and the kind of runoff we might see under increasingly warmer temperatures, both of which the authors describe as “…plausible futures that should be considered in planning purposes.” The range of futures hydrology predict average flows at anywhere from 14.76 million acre feet (maf), the flows modeled under the DNF hydrology scenario, and down to 9.71 maf a year under the RCP 8.5_100 data set.

The authors integrated these hydrologic scenarios alongside multiple scenarios for consumptive use and management in an attempt to better understand possible future impacts to the Colorado River, and those who depend on it.  As the study points out: there is more work to be done here, and the authors hope this inspires future studies that imagine more management scenarios. But even though they aren’t comprehensive, the overall observations the authors make after running these scenarios are prescient, and compelling.