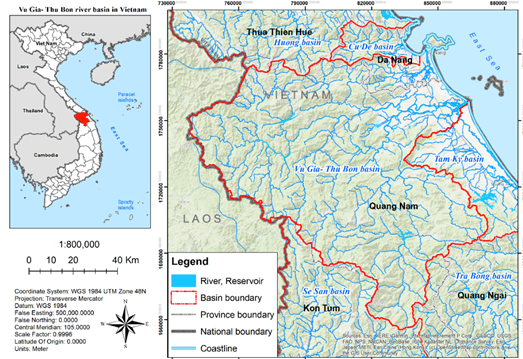 To capture changes in weather and stream flow in the basin, the 5-minute and half-hour recording frequency options were set for meteorological and hydrological variables, respectively. All HM data was transmitted every 30 minutes to the data server at the data processing centre via Global System for Mobile Communications (GSM)/General Packet Radio Service (GPRS) network. These data were then input into hydrological-hydraulic models for inundation simulation in the basin. The results showed that the performance of flood simulation at hourly time step has significantly improved during flood events in September and November 2015. Overall, near-real-time HM data recording from an automatic monitoring network proved beneficial for an flood early warning system.