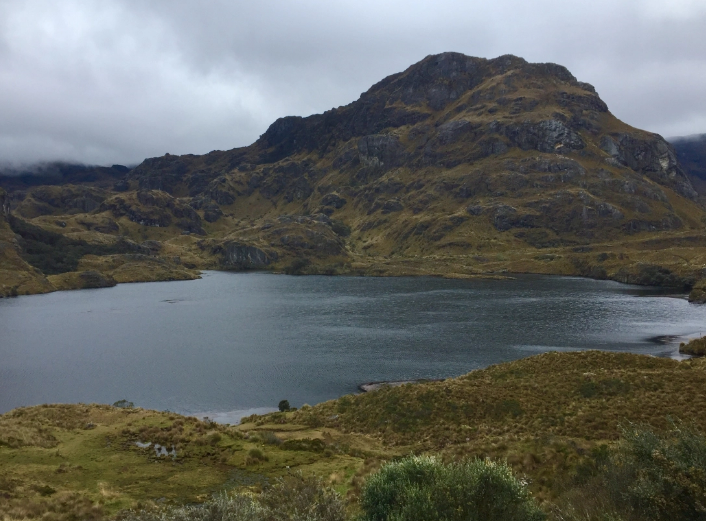 Manual Pintado spent the past 15 years raising cattle in El Pangui, a municipality nestled in south-eastern Ecuador´s Amazonian region. Now, he receives an income for leaving his 15 hectares (37 acres) of pasture to rewild and has moved down the valley to grow  guanabana  or soursop, a giant tropical fruit that’s spiky green on the outside with sweet, slimy white flesh on the inside.

The land owned by Pintado and 14 other landowners is in El Pangui’s water catchment area. According to the Regional Water Fund of Southern Ecuador (FORAGUA), cities and towns in this part of the country have been experiencing water shortages due to rapid population growth and expanding land uses, such as farming and livestock grazing in catchment areas, resulting in significant deforestation and reduced water quantity, quality and continuity of supply.

Forests increase total water supply by capturing horizontal precipitation directly from clouds and mist, and by acting like sponges, retaining and slowly releasing water to even out flow during the year so that relatively more water is available during the dry season.

The impacts of poor forest management are being felt especially acutely in towns like Zaruma, population 24,000, on the drier western slopes of the Andes, which was typically receiving only two to four hours of water per day during the eight-month dry season. This has also been made worse by erratic rainfall patterns related to climate change. And cattle and other domesticated animals in these water catchment areas, as well as human waste and agricultural pesticides, also worsened water quality and increased waterborne stomach illnesses due to bacteria such as E. coli.

To address these issues, FORAGUA either purchases land, or in the case of Pintado, enters into five- or 10-year agreements under which the land is turned into conservation areas that protect the municipality’s water sources.

“My parents were cattle ranchers,” Pintado said in an interview with Mongabay. “To leave this activity that you have done your whole life since you were a child is a drastic change.”

But Pintado said despite the work he put into the raising his cattle and preparing the pastures, not only clearing trees and natural vegetation but also growing the pasture — at a cost of about $1,000 per hectare, or $400 per acre — he is enjoying the change.

Additionally, he said he has always been concerned about the environment and water contamination, even more so now with climate change, and feels proud about the changes he can already see in municipality’s water quality — a fact that has been validated by Universidad Técnica Particular de Loja’s (UTPL) Observatory of Socio-Environmental Conflicts. 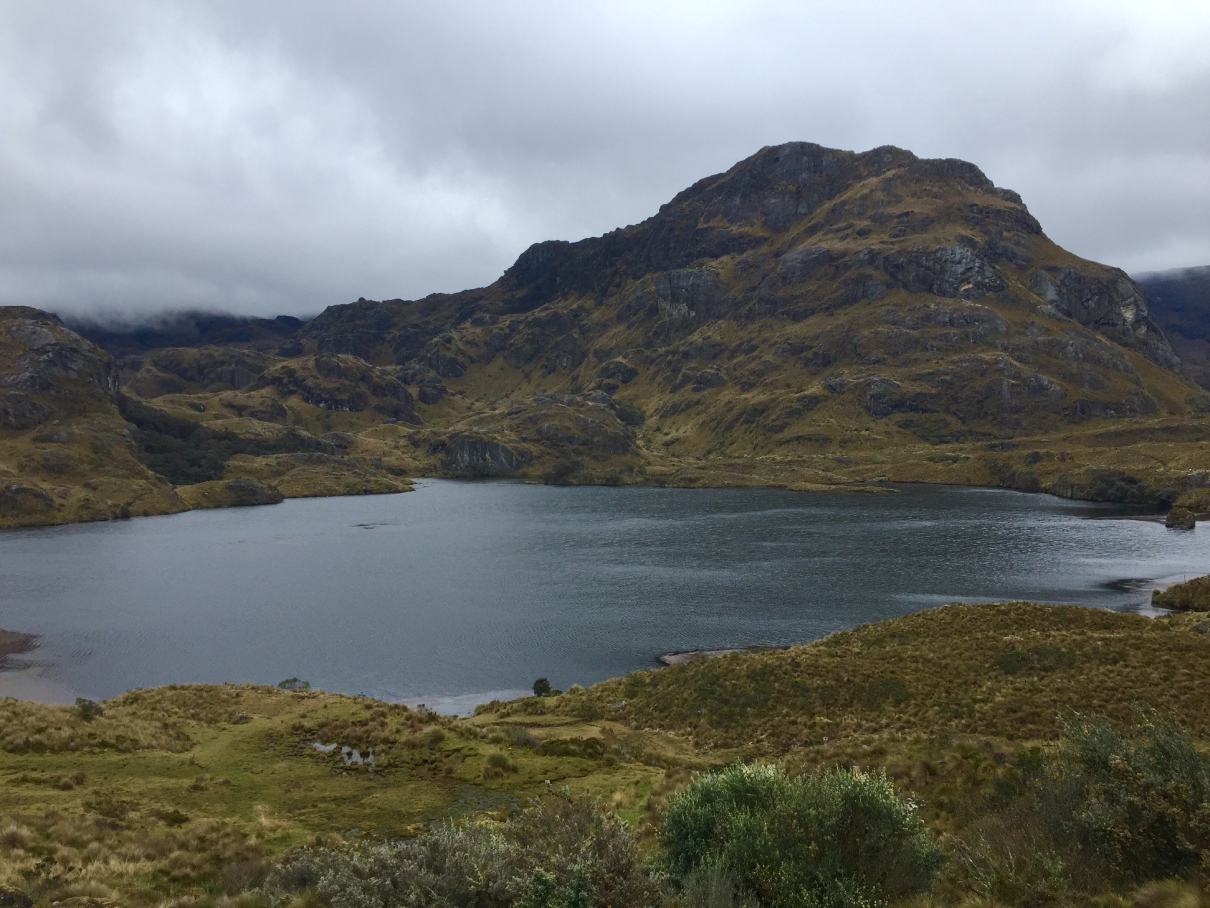 FORAGUA was founded in 2008, and unlike other water funds in Ecuador, such as FONAPA and FONAG, FORAGUA is the first water fund in the country where municipalities of different sizes and capacities joined together to create a single integrated fund, with the money raised going directly into conservation programs.

FORAGUA helps municipalities to create ordinances that identify and zone critical conservation areas and establish the amount that municipal residents will pay in user fees. Trained as a mining engineer with a focus on bioremediation, FORAGUA’s technical secretary, Francisco Gordillo, explained to Mongabay that the user fee averages out to about 5 U.S. cents per cubic meter of water consumed, or about $1/month per family. This figure is calculated based on the volume of water consumed, the consumer’s ability to pay, and the category of consumer — whether local, residential, rural, business, or commercial.

Gordillo said the user fee is based on citizen surveys in which 74% of residents surveyed said they were willing to pay at that level. Gordillo added that having these survey results includes residents in the conservation process from the start and provides political capital for local government officials to sign off on municipal ordinances.

By joining forces at a regional level, smaller municipalities and rural populations also have access to a high level of technical support which they would otherwise not have. A key component of FORAGUA’s model is that it provides equipment, information and training to municipal environmental departments. To further institutionalize the provision of technical support, in 2016, the Water School was launched as a collaboration between FORAGUA, FONAPA, UTPL, the NGO Nature Culture International (NCI) and the then-Secretariat for Water, which is now part of the Environment and Water Ministry.

Rocío Armijos, training manager from UTPL’s continuing education unit, which administers and accredits the Water School’s training program, told Mongabay that the school has trained more than 180 employees from participating FORAGUA municipalities. She also said the school has won several international awards, is one of 23 global hydrology training centers connected to UNESCO’s Hydrology Program and has received requests to expand its programming to other parts of the country as well as internationally.

FORAGUA’s clean financial management has also meant it can raise complementary funds from external sources like international cooperation to expand the scope of municipal programs. Gordillo said one of the project’s biggest successes has been to join with REDD+, receiving funding from the Ecuadoran government’s PROAmazonia initiative and the Green Climate Fund (GCF), the world’s largest fund dedicated to combating climate change.

This additional funding allowed FORAGUA to restore 100% of water sources and implement new sustainable production businesses, like Pintado’s guanabana farm, which is part of a pilot project in El Pangui. Gordillo said many landowners are showing an interest in making the transition, gaining an income not only for leaving their land to rewild and avoiding penalties for continuing their activities in the conservation areas, but also potentially earning $20,000/hectare ($8,100/acre) cultivating guanabana instead of $400/hectare ($160/acre) raising cattle, according to FORAGUA’s calculations.

Thanks in part to this alternative livelihoods initiative, Gordillo and FORAGUA won a GCF lifetime recognition prize at the COP25 climate change summit in Madrid in 2019, where winners were chosen from 280 projects from around the world for their successful efforts to combat climate change through environmental, social and business-led initiatives. 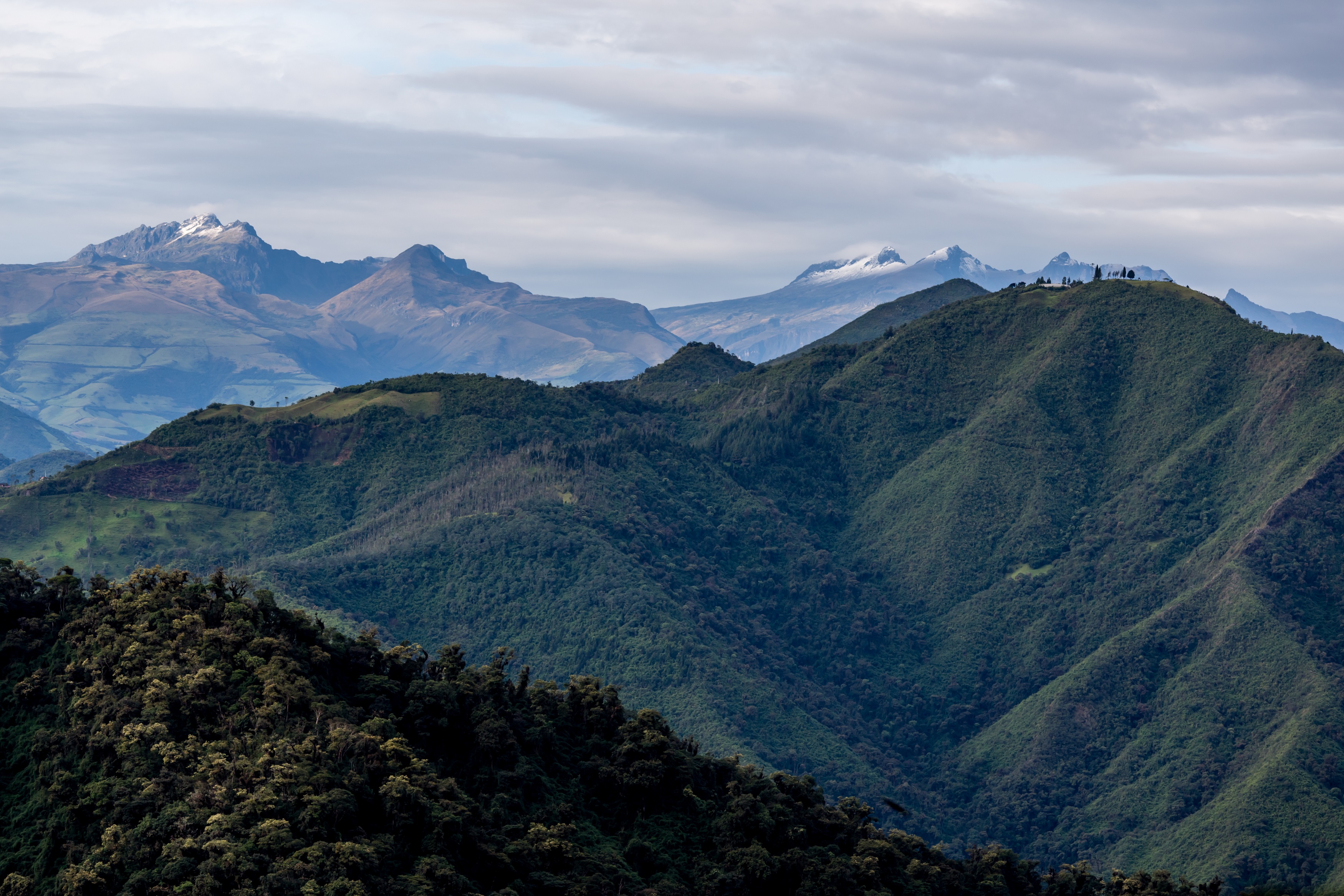 Forests in the highland areas of the Ecuadoran Chocóby Sebastián Crespo / CONDESAN.es.mongabay.com.

Claudia Chiriapo Guarderas, agricultural engineer and FORAGUA coordinator in El Pangui, explained to Mongabay that the first step in restoring the catchment areas is to work with landowners to collect seeds of local species, including laurel, cedar, wild grape, the endangered yellow-flowered  guayacán  and  romerillo , whose genus, Podocarpus, is also the name of a nearby mega-diverse national park. These seeds are grown in nurseries by FORAGUA or on the landowner´s property, with the aim of then planting 400 trees per hectare (160 per acre), with landowners receiving $1 per plant that they protect.

“Normally water sources coincide with relevant ecosystems, cloud forests or páramo” — a sort of tropical moorland — “with very high endemism, which play an extremely important role in connectivity of national protected areas,” Felipe Serrano, NCI’s Ecuador country director, said in an interview with Mongabay. He said local authorities and citizens understand the need to conserve water, but “it can be much more difficult to explain the need to conserve critically endangered species.”

NCI has been a key partner to FORAGUA since its inception as well as with watershed conservation programs that came before FORAGUA. The conservation NGO focuses on connecting integrated landscapes and was also critical in creating Ecuador’s first connectivity corridor, which was officially declared in July 2020. The Podocarpus Sangay corridor covers more than 560,000 hectares (1.38 million acres), and connects the Podocarpus and Sangay national parks, includes some FORAGUA municipalities, and is home to more than 100 mammal species and 580 bird species, including the endangered black-and-chestnut eagle and Ecuador´s national bird, the condor.

Serrano explained that all of this has been possible thanks to Ecuador’s 2008 Constitution, which coupled water conservation with ecosystem conservation, while also recognizing water as a basic human right and obliging the government to protect it. The new Constitution also created new legal bodies and laws, like the Territorial Planning Code and Water Resources Law, which gave local governments the tools to preserve their water sources and natural heritage.

The plants in the Páramos absorb rainwater like a sponge and release it slowly, feeding the sources of the Amazon. Photo by Florian Kopp.

“It is not only the responsibility of the state to protect and conserve, it´s an act of co-responsibility,” said Marco Vinicio Martínez, director of water resource quality and management in the national Environment and Water Ministry, referring to the Water Resources Law.

“This has been very important because often you can have projects that are good and feasible, but if you don’t integrate all the actors … you don’t get the results you hoped for,” Martínez said.

Previously, conservation in Ecuador was centralized with the national government, but with the FORAGUA model, municipalities can generate their own sustainable and significant sources of local funding. This model is more important than ever, not only because of the COVID-19 impacts on global economies but also because Ecuador’s water and environment ministries merged in 2020, raising major concerns about possible underfunding for the newly combined ministry.

Ecuador’s president-elect, former banker Guillermo Lasso, will take office at the end of May. And while some environmental organizations signaled alarm at his “toxic” election manifesto, the environmental impact of his presidency remains to be seen. Meanwhile, FORAGUA, as an independent fund, should not be affected by the change in government, and will continue to provide a self-sustaining conservation model where consumers of a basic human right can keep supporting the conservation of their water sources and natural environment.