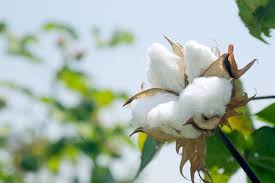 There’s no denying that the denim industry engages in wasteful practices or that improvements must be made throughout the supply chain. However, experts are refuting some of the most well-known statistics, claiming that they’re both inaccurate and counterproductive, beginning with cotton.

Transformers Foundation, a nonprofit organization for denim professionals seeking to make positive change, hosted a webinar on Tuesday featuring a panel of cotton experts who discussed the nuances that many global average figures fail to address.

The first claim by the World Wildlife Fund, which states that 2,700 liters of water are needed to make an average T-shirt, was contested by Simon Ferrigno, a freelance researcher and writer with 20 years of experience. According to Ferrigno, this statistic is “fairly meaningless.”

Since water is utilized in different ways depending on the region—some use rainwater, while others use irrigation, for example—it’s impractical to calculate an average that’s used across the board. Throughout his research, Ferrigno has seen the statistic range from 2,000 to 20,000 liters of water needed to make a T-shirt.

Instead of numbers, Ferrigno said the focus should be on whether or not the water that’s used in the process can be cleaned and repurposed for other needs.

“Water is not actually used; it’s borrowed,” he said. “There is a total amount of water on the planet. We use that for cotton production or other uses, and it goes back into a water system.”

It’s a concept used by mills as a way to significantly reduce water usage and make their products eco-friendlier. Vietnam-based denim manufacturer Saitex is known for its on-site water recycling methods, which remove indigo dye and leave behind water that is safe for human consumption—some of which is even repurposed to brew coffee.

Because of the complexities surrounding water recycling and how that affects calculations, experts say the numbers are inaccurate—and worse, they’re often used for shock value.

Cannon Michael, president of Bowles Farming Company in California and a sixth-generation farmer himself, says fearmongering does more harm than good.

“Without giving people context, you shock them with a big number,” he said. “It isn’t the case that large amounts of water went into one product and that’s the end of the story and we should all just stop buying cotton. I don’t think that’s a constructive dialogue.”

In fact, panelists noted that cotton is essential, as the crop employs millions of people and feeds numerous species. CIRAD, the French Agricultural Research Center for International Development, calculated more than 1,300 insect and animal species that feed on the crop and rely on it for survival.

Keshav Kranthi, head of technical at The International Cotton Advisory Committee, also explained that cotton is not as water-intensive as many sources infer, noting that the majority of cotton crops around the world rely on rainwater. Calling the crop “resilient,” he said many farmers throughout water-deprived regions in Africa and India prefer to grow cotton as a result.

But despite even best-in-class water reduction processes, agriculture is inherently water-intensive, Michael noted.

“The truth is, it just takes a lot of water to produce almost anything,” he said. “And we’re all complacent in agricultural water use because we’re demanding products that require water to grow.”