Extract up to 75 % of water from manure while concentrating and segregating nutrients. 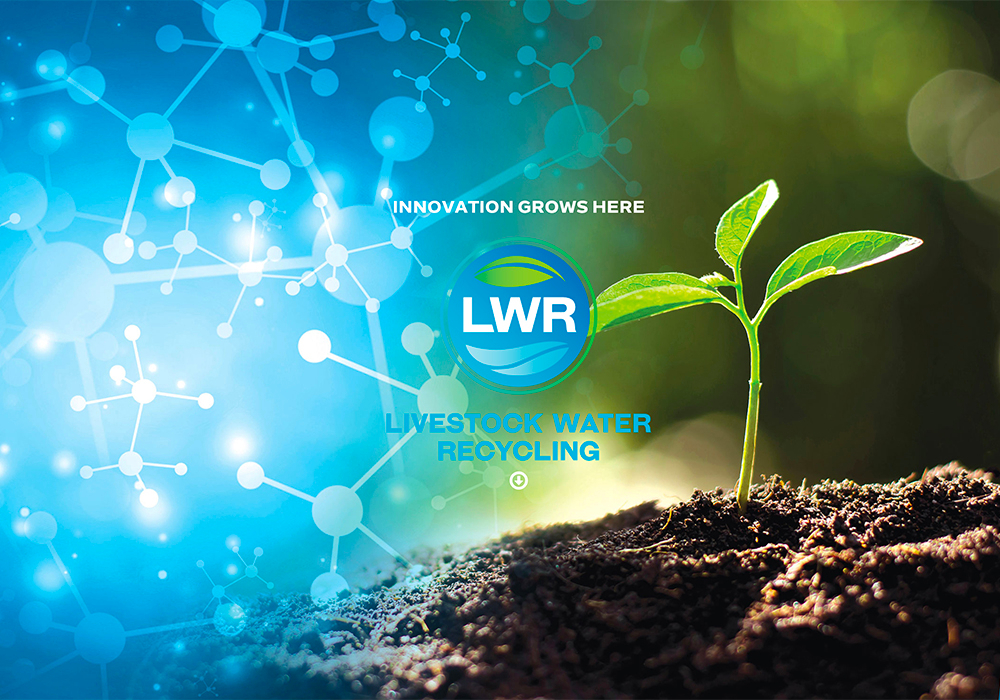 The treatment process extracts up to 75 percent of water from manure while concentrating and segregating nutrients. The result is clean, potable water, dry solids rich in both phosphorus and organic nitrogen and a concentrated stable ammonium and potassium liquid. | Screencap via livestockwaterrecycling.com

One of the first companies to take a serious look at disassembling slurry was Livestock Water Recycling. These Calgary-based researchers began developing their mechanical-chemical treatment technology 15 years ago.

All wastewater recycling projects are challenged with disassembling slurry to break it down into individual components.

“As manure effluent flows through the process, solids are sequentially removed. Our process extracts up to 75 percent of water from manure while concentrating and segregating nutrients. The result is clean, potable water, dry solids rich in both phosphorus and organic nitrogen and a concentrated stable ammonium and potassium liquid,” it says on the company website.

The system is engineered to work as two individual units, said communications manager Lisa Fast in a recent phone interview.

“We originally started with a one-piece system designed only to produce cleaner water. But talking to producers and listening to the market, we soon realized they wanted nutrient control more than just clean water,” says Fast.

“So we decided to sell our platform as the First Wave which is the separation and capture of phosphorous and nitrogen, and the Second Wave for clean drinkable water. The customer can buy only First Wave and then add Second Wave if needed.

“The First Wave separation uses a chemical flocculent called Gro, an exclusive proprietary blend that mixes with liquid manure before it runs onto our screen. Solids stay on top of our screen. Liquids flow through the screen to be collected below. The liquids can go directly to irrigation or be stored for irrigation later, or they can go into the Second Wave, which produces clean water.”

Solids removed at the First Wave contain micronutrients, organic nitrogen and up to 95 percent of the phosphorus. Fast says the dried solids are light enough to be economically trucked to distant farms as fertilizer.

She says the Second Wave module feeds into a reverse osmosis system that’s designed to remove organic nutrients still suspended in manure coming from the First Wave. The LWR researchers discovered that the kind of reverse osmosis technology with which they were familiar did not work with manure water. The high organic load was difficult to remove.

“People think an (reverse osmosis) system in slurry will plug. But not ours. Our First Wave front end works so well at removing suspended organics that we can take that water and run it through the (reverse osmosis) and get potable water.

“The nutrient concentrate coming out of the Second Wave is an ammonium and potassium liquid that can be applied directly through irrigation. The combination of First Wave and Second Wave is a co-ordinated system we call the Plant.

Fast says LWR has 21 systems operating in 10 states, plus a major system in Lebanon, but it has no systems in Canada. All development work and pilot testing was conducted in Alberta, Manitoba and British Columbia. She says the market for manure separation technology is greater in the United States because of the proximity of all types of livestock farms to expanding suburb subdivisions and denser populations.

“In odour disputes between farmers and new suburbia residents, the farmers always lose. It becomes a matter of shutting down the farm or dealing with manure odour.”

As an aside, Fast adds that society still isn’t ready to accept the idea of drinking water extracted from manure, despite a wealth of scientific evidence that the water is not a health risk. She says Bill Gates is the champion of the wastewater recycling movement. Capturing that water and the separating the nutrients has a much bigger benefit in developing countries, with many of the water projects funded in part by Gates.

“We saw Gates on a late-night talk show. Gates was drinking manure-sourced water with the host. We were watching and cheering ‘Yes, go, go, go. Drink more.’ The more demonstrations like that viewed by the public, the more normalized it becomes for people. It solves a lot of problems for humanity.”