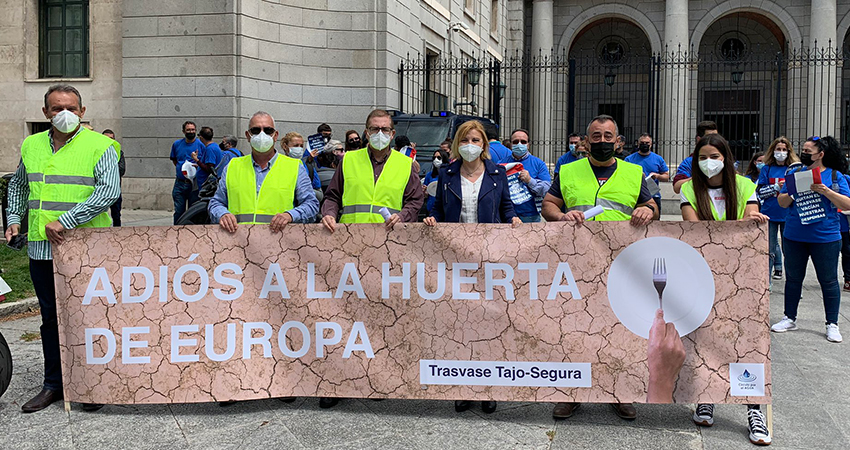 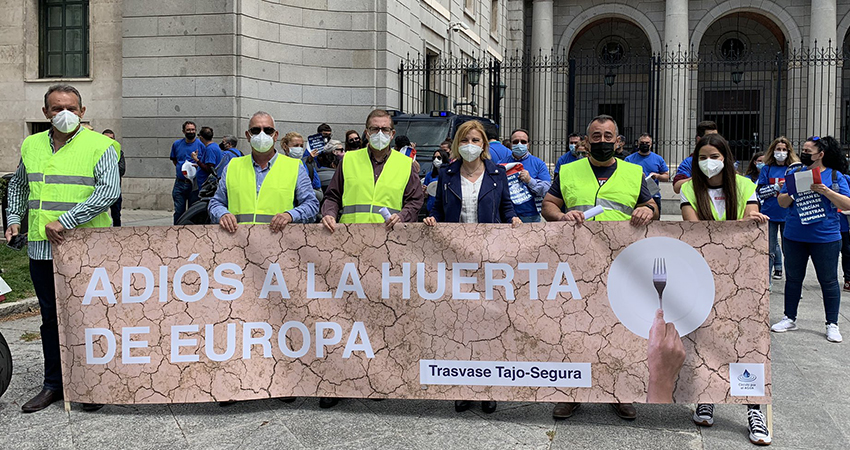 Thousands of growers and farmers gathered in Madrid to protest against cuts in the water transfer from the river Tagus to the river Segura. Photo: Wikimedia Commons.

Thousands of growers and farmers from Alicante, Murcia and Andalusia gathered Monday the 24th of May in Madrid to protest against cuts in the water transfer from the river Tagus to the river Segura. The Sanchez-government decided recently to reduce the monthly transfer from 38 to 27 cubic hectometres when the main water reservoirs Entrepeñas and Buendía are in state of alarm (nivel 2).

At this moment there is a state of alarm. The reservoir Buendia is containing 447 hm3 (26% of its total capacity) and Entrepeñas 384 hm3 (47%). If both reservoirs have less than 1300 hm3 level 2 comes into force. According to the protesters the announced water cuts will immediately lead to desertification and unemployment. ‘Say goodbye to the garden of Europe’ was written on a banner with a picture of an empty plate on it. 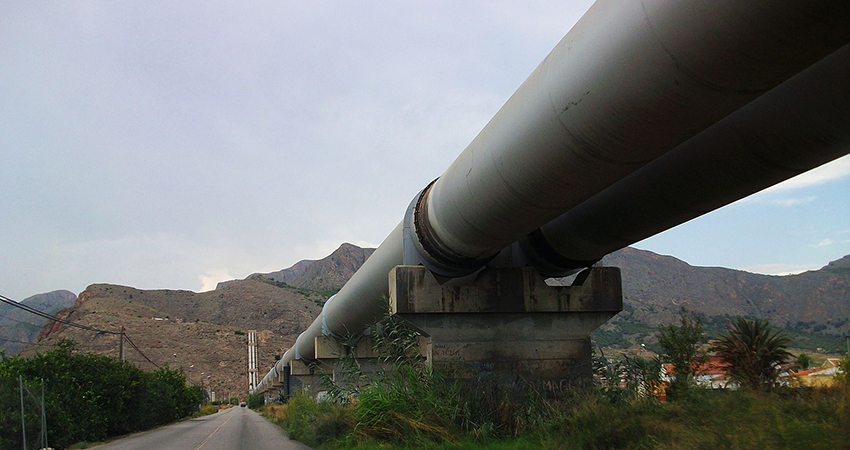 The monthly transfer from the Tagus to the Segura river basin will be cut from 38 to 27 cubic hectometres. Photo: Wikimedia Commons.

The government recently agreed with a proposal of the Centro de Estudios Hidrográfico (CEDEX). Vice-president Teresa Ribera who is also responsible for the ecological transition replied on the protests on Twitter. ‘This is a serious and a strict measure. We have to be prepared for climate change and comply to the European Digital Markets Act. We will help the farmers by managing the resources in a better and more intelligent way by planning peak use and trying to avoid exceptional situations.’

President Emiliano García-Page from the regional government in Castilla-La Mancha where the water comes from supported the national decision. ‘This is not about transferring water from wet Spain to dry Spain, but about transferring water from dry Spain to dry Spain’, declared García-Page. The president of the regional government of Murcia Fernando Lopéz Miras stated the cuts are unacceptable. Especially because there has been no dialogue. 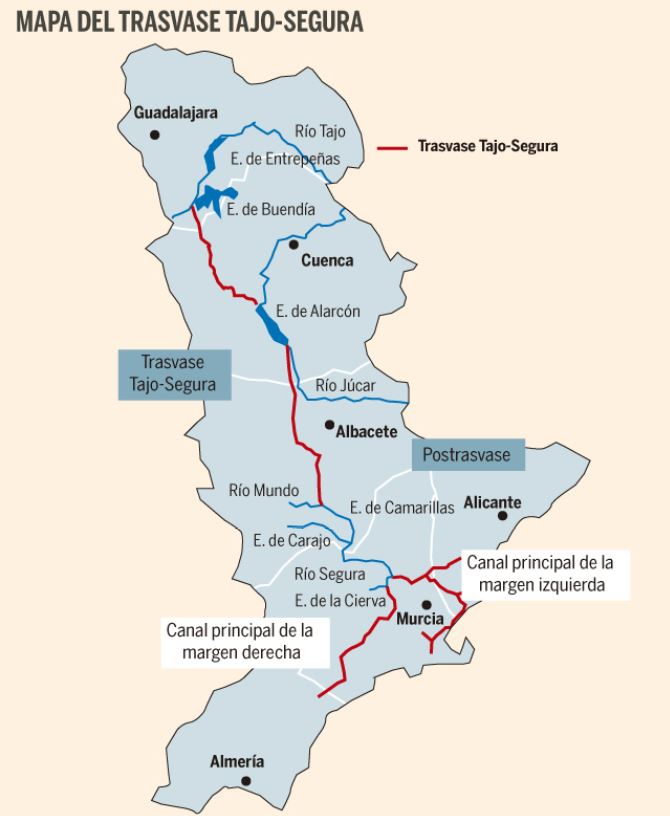