Grow oysters in deeper water — with the help of solar energy 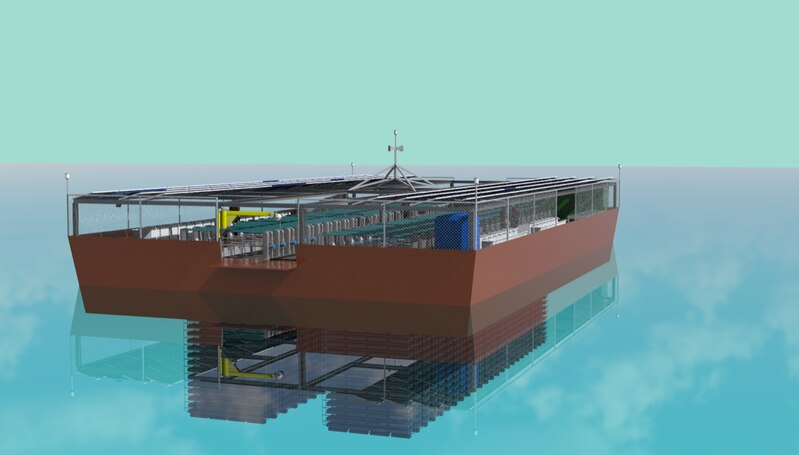 Two Maryland companies have teamed up to design a solar-powered barge that could bring oyster farming into deeper parts of the Chesapeake Bay, improving the estuary’s oyster output and perhaps easing conflicts with watermen and waterfront landowners.

The two companies — Maritime Applied Physics Corp. and the EcoLogix Group — are developing a rig mounted with solar panels that holds oysters in vertical columns up to 20 feet deep. Oysters typically grow in cages or reefs resting on the bottom of shallow water or in cages floating at the surface, so this technology would allow oyster growers to better take advantage of deeper waters.

The companies, under the aegis Solar Oysters, are crafting prototypes in hopes of setting up a demonstration oyster farm in the coming year to attract investment for their design. The initial models have been small, but the concept calls for much larger barges floating in the Chesapeake in the years ahead, which experts say could have a big effect on the aquaculture industry.

The barges would automate many steps of the oyster farming operation. With energy from the sun’s rays, the floating apparatus can rotate growing oysters to the surface and clean the cages, simplifying the work of aquaculture laborers, said Mark Rice, president of Baltimore-based Maritime Applied Physics and principal of Solar Oysters.

“There was not a lot of automation in raising oysters in Chesapeake Bay. There’s a lot of back breaking work that is often done in water and during winter months. And our hope was that we could make that work easier,” Rice said.

With the solar-powered barge, workers wouldn’t have to hoist large cages of oysters from the water, for instance, Rice said.

With solar energy, the barge also could conduct water quality monitoring and run the security system, among other tasks.

The project also may help reduce conflict between oyster farmers, waterfront property owners and watermen, said Tom Miller, director of the Chesapeake Biological Laboratory at the University of Maryland Center for Environmental Science.

Waterfront landowners often express concerns that oyster farms near the shoreline — and the network of buoys and docks that may come along with them — disrupt their scenic views. And watermen often quarrel with oyster farmers, who they feel are taking over parts of the shallow bay with plenty of wild oysters to be harvested in order to create their farms. 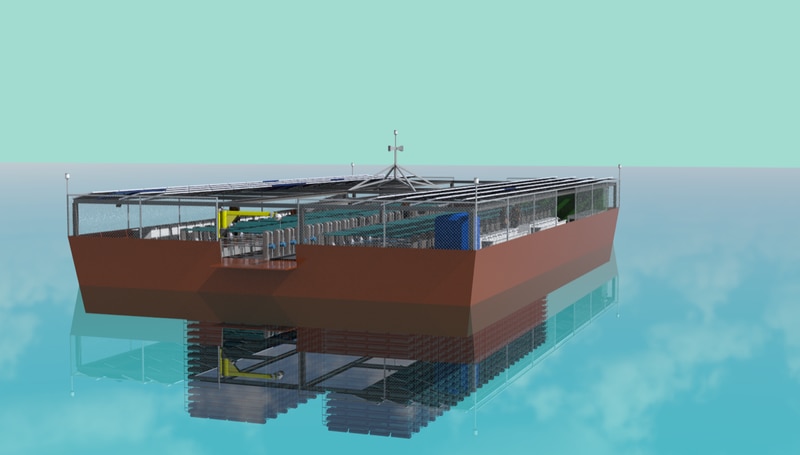 One thing that remains to be seen, though, is how the oysters will react. So far, the companies have only built smaller prototypes, although a larger model, which will be 90 feet by 53 feet, is on the way.

“The unknown is whether or how well oysters will grow when they are being slowly rotated through the water column, rather than at a fixed depth,” Miller said.

Another key question is whether the solar-powered water jets meant to clean off the oyster cages when they rise to the surface will be strong enough to remove marine organisms that may attach.