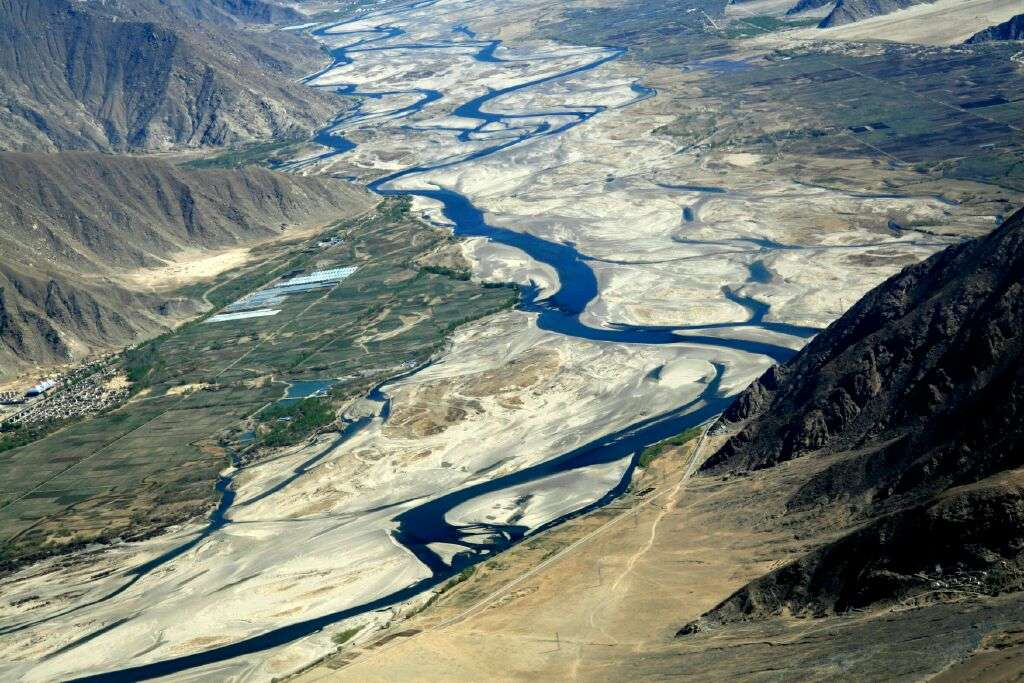 Michael Buckley, an award-winning Canadian journalist, is author of the 2014 book Meltdown in Tibet, which exposes that China is now on a mission to exploit Tibet’s natural resources leading to the ongoing destruction of Tibet’s environment, calling it “ecocide.”

Buckley writes, “At the tail end of those same rivers lie the world’s largest deltas. One way or another, close to 2 billion people rely on Tibet’s waters – for drinking, for agriculture, for fishing, for industry.”

These rivers are still providing similar ecosystem services to the downstream Asian countries that they provided for centuries before the onset of man-made interruption. Now with China’s construction of dams one after another, everything is changing year after year.

Currently China is one of the most dammed countries in the world. Centuries ago, one of the reasons for China’s construction of the Great Wall was for its security from the militant nomads from Mongolia; now it is building a “Great Wall of Concrete” for its “water security,” but in the process endangering the security and livelihood of downstream Asian countries.

Dechen Palmo, a research fellow at the Tibet Policy Institute (TPI), a think-tank of the Central Tibetan Administration (CTA) based in Dharamshala, India, specializes in Tibet’s transboundary rivers and the impacts of China’s damming on China-Occupied Tibet.

Dechen writes: “Over the last seven decades, the People’s Republic of China has constructed more than 87,000 dams. Collectively they generate 352.26 [gigawatts] of power, more than the capacities of Brazil, the United States, and Canada combined. On the other hand, these projects have led to the displacement of over 23 million people.”

Not only this, since the 1950s the Chinese have built some 22,000 dams that are more than 15 meters tall, roughly half the world’s current total. (The World Commission on Dams defines a “large dam” as one being “at least 15 meters in wall height from the base up.”) Imagine the irreversible damage these dams could do to the Asian populations who for centuries enjoyed the free flow of fresh water from free and independent Tibet.

International Rivers, a California-based non-governmental organization, and Michael Buckley have highlighted the impacts of dams in the following way: The high wall of dams itself blocks the migration of fish and other aquatic species and nutrient-rich sediments, leading to the disappearance of birds in floodplains, huge losses of forest, wetlands and farmland, erosion of coastal deltas, and many other impacts.

The blocking of water will also severely impact the irrigation-oriented Asian countries. A great amount of water is utilized in Asia for irrigation of rice, cotton and rubber. Half of the rice in the world is produced and consumed by India and China, while rice is also a staple in Myanmar, Bangladesh, Cambodia, Laos, Thailand, Vietnam and Indonesia.

A solution to Asian water insecurity

According to a United Nations report titled “World Population Prospects 2019,” the global population is expected to increase by 2 billion in the next 30 years, from 7.7 billion currently to 9.7 billion in 2050. As rice is one of the most widely consumed grains in the world and particularly in Asia, naturally more rice will be needed by 2050.

Rice is a water-intensive crop. Without the free flow of rivers from the Plateau of Tibet to the downstream Asian countries, which coincidentally include the top eight countries producing the highest volumes of milled rice in the world, a shortage of water will severely impact rice production.

A research paper titled “Projections of Water Stress Based on an Ensemble of Socioeconomic Growth and Climate Change Scenarios: A Case Study in Asia,” published on March 30, 2016, by a team of research scientists from Massachusetts Institute of Technology (MIT) found: “Economic and population growth on top of climate change could lead to serious water shortages across a broad swath of Asia by the year 2050.”

The MIT researchers also found that by 2050 in Asia, these factors would lead to about a billion more people becoming “water-stressed.” Hence the scarcity of water might change the course of relations among Asian countries and provoke conflict – something that has already happened in the past.

The Pacific Institute, a policy research think-thank founded in 1987 and currently based out of Oakland, California, has chronicled the small and large-scale conflicts fought throughout the centuries over water.

According to its research, the causes of water conflicts have been categorized into three sections: