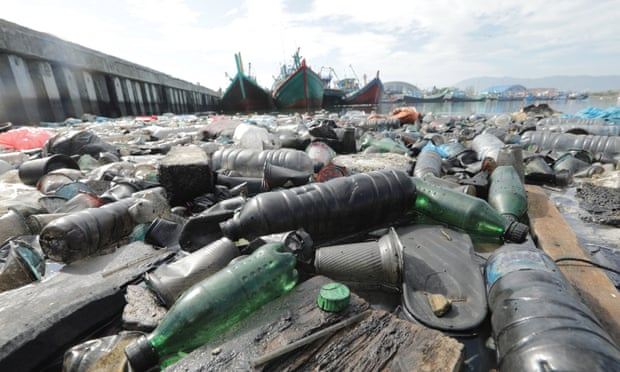 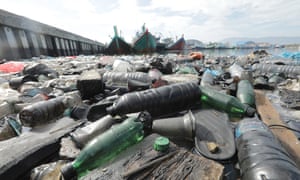 Focusing on improving the water supply in developing nations could be a powerful way to fight the scourge of plastic waste in the oceans, experts have said, highlighting that the issue has received little attention.

People in developing countries, and many middle-income countries, often rely on plastic bottles of water as their piped water supply can be contaminated or unsafe, or perceived as such.

Hundreds of billions of plastic water bottles are produced each year. In rich countries, they are a thoughtless luxury, but in many poor and emerging economies people have few alternatives.

“It is an issue, as the water supply system has problems with water quality in many countries,” said Brajesh Dubey, professor of civil engineering at the Indian Institute of Technology Kharagpur, co-author of a new “blue paper” on the problem of plastic waste in the oceans.  SEE FULL REPORT ATTACHED

The extent of the growing plague of plastic waste in our oceans has been laid bare in recent years, prompting widespread calls for action around the world. Cleaning up plastic waste that is already in the sea has been one of the main areas of focus so far.

This is necessary to remove the menace to marine life, but methods of preventing plastic waste from reaching the ocean in the first place must also take priority, according to the report published on Wednesday.

Its key recommendations are to improve wastewater and stormwater management, and to build local systems for safe food and water which would remove the need for plastic bottles.

Wastewater and stormwater management are needed to stop plastic containers from finding their way into rivers, and therefore the sea, when they are discarded. Better local water supplies would remove the dependency that millions of people have on plastic bottles.

Other experts agreed and called for urgent action to improve water and sewage supplies around the world, which could rescue people from poverty and ill-health, as well as cut plastic waste.

“Without a shred of a doubt, access to a safe and affordable drinking water supply would significantly reduce the amount of plastic used, and ultimately discarded, to deliver water to unserved populations,” said Richard Connor, editor-in-chief of the UN World Water Report, who was not involved in Wednesday’s paper.

“So would improved stormwater processing, although the impact of the latter would be mitigated if people didn’t need to rely on plastic bottled water in the first place.”