Improving safety from the skies: how Damsat is protecting Bristol’s dams 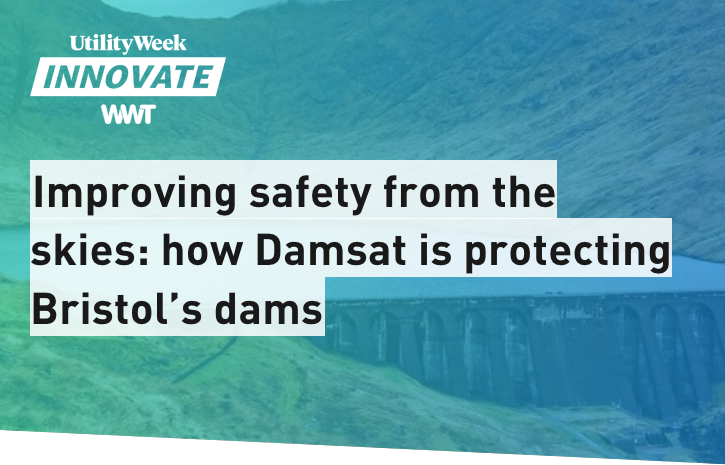 Bristol Water is an early adopter of a new satellite-based safety monitoring system to protect its 15 dams. But how exactly does the Damsat system work, and what can it achieve? Chris Goff, technical director of HR Wallingford, the engineering group behind it, answers UW Innovate’s questions.

Can you give us a beginner’s guide to using satellites in dam surveillance? What kind of  satellites does HR Wallingford’s system use?
The satellites we use for Damsat are different to those we use for communications. Damsat uses a group of satellites known as earth observation (EO) satellites that are either known as ‘passive’ systems, because they just ‘look’ at the earth using light reflected back to give information. 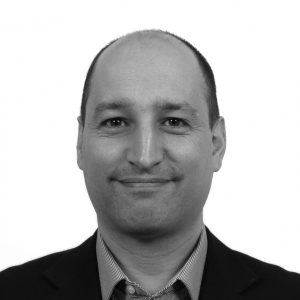 Alternatively, they are classed as ‘active’ satellites because they send out a signal, like radar, and measure its response. Active systems include SAR (synthetic aperture radar) and global navigation system satellites (GNSS), both of which are used in Damsat. We also use weather forecasting satellites to run the system.

The Damsat website talks about two different satellite monitoring systems, GNSS and InSAR – what are they and how do they work? Yes, we use both of these systems, but we also rely on other EO satellites that I mentioned in the previous answer.

The benefit of earth observation data is that we can deduce a whole host of indicators about the surface of the earth. For instance, Damsat uses optical datasets to provide visual images for dam inspection including estimations of vegetation health (which are used as an indicator of leakage), and estimations of iron-oxide trace (which act as an indicator of pollutants from tailings dams).

However, optical images are hindered by cloud cover, and we get around this problem by using radar data from SAR satellites for wide area movement, and we also use GNSS for real-time point movement.

In addition, we use information from weather forecast satellites to model what the future rainfall is likely to mean for the reservoir level. 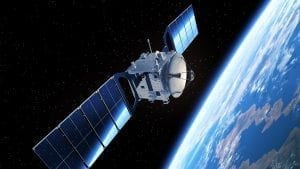 Damsat can use a variety of satellite data including low resolution open source Sentinel-1 InSAR and Sentinel-2, and high resolution commercial Cosmo Sky-Med InSAR. For weather forecast data, it can pull in data compiled by the US (National Oceanic and Atmospheric Administration) and the EU (European Centre for Medium-Range Weather Forecasts).

However, we do also use on-the-ground-sensing and the system allows the integration of ground-based IoT sensor data like piezometers, flow meters and crack gauges, so existing monitoring systems can be incorporated and used to calibrate and corroborate what the satellites tell us.

The Balmforth Review Part 2 recommends a new system of Reservoir Safety Management Plans. Could this lead to more use of IoT sensors and satellite surveillance?
Yes, it could. But more sensors and monitoring alone are not a silver bullet. The data needs to be retrieved, checked, cleaned, manipulated, presented, and then considered by people that know about the infrastructure assets in order to turn that data into useful information.

In the UK, more IoT sensor technology could allow an increased frequency of information capture, and reduced manual effort through automation of the initial stages of checking, cleaning, manipulating and presenting the data.

Bristol Water is now using your system, how much interest have you had from other UK water companies?
Damsat was only released for commercial use in April 2021, and we’re delighted that Bristol Water has taken the opportunity to monitor its assets in this way. However, we are focusing on building the Bristol Water system and for other international early adopters at present. Of course, we really do hope that in the fullness of time, satellite monitoring will become the norm in the UK, as the safety benefits could be enormous.

Have you discussed your technology with the Environment Agency, as the reservoir safety regulator?
The EA actually asked our Damsat team to write a paper on the different satellite technologies available and areas where these could be useful for dam safety monitoring. The paper has now been through peer review and is due to be published in a journal in the next few months. The EA is always a trailblazer in encouraging innovation and incorporating new technology in their systems to benefit people at risk of flooding, so I expect they are considering satellite monitoring at present.

HR Wallingford also offers modelling software to predict the effects of a dam breach. Has the software retro-modelled a real failure case, and if so how accurate was it?
Yes, our predictive breach modelling tools, like EMBREA and HR Breach have been developed over several decades and calibrated against and tested against various historical incidents with class-leading accuracy. There are many published papers on this.