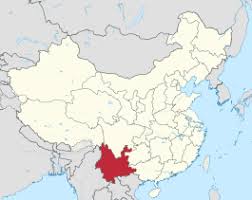 The Asian Development Bank (ADB) and the government of China have agreed to collaborate in a $234.6 Million USD project to clean up water resources and the environment of the Sayu River Basin in Yunnan Province.

The Sayu River Basin is the only centralised drinking water source for Zhaotaog City’s population of over 5 million people and is considered vulnerable from an environmental perspective.

ADB has approved a $100 Million USD loan support for the project.

Other initiatives in the project include development of programs to reduce garbage volumes including facilities with a shorter processing cycle and smaller floor space.

The extensive programme also includes ambitious environmental initiatives. Development of eco-villages with community participation and new types of artificial wetlands; utilisation of quantifiable soil and water conservation models and deployment of low-emission agriculture; river protection with innovative information technology; horizontal eco-compensation mechanisms; and an eco-compensation fund are all on the list of things to do.

The Yangtze River Economic Belt has been identified as one of three growth engines of the country’s future economic development. Consequently, it is expected that the Sayu River Basin project will be replicated in other smaller tributaries in the upper and middle reaches of the Yangtze.

The total project cost is $234.61 million, of which $134.61 million is provided by the government of China, with project completion expected by June 2026.