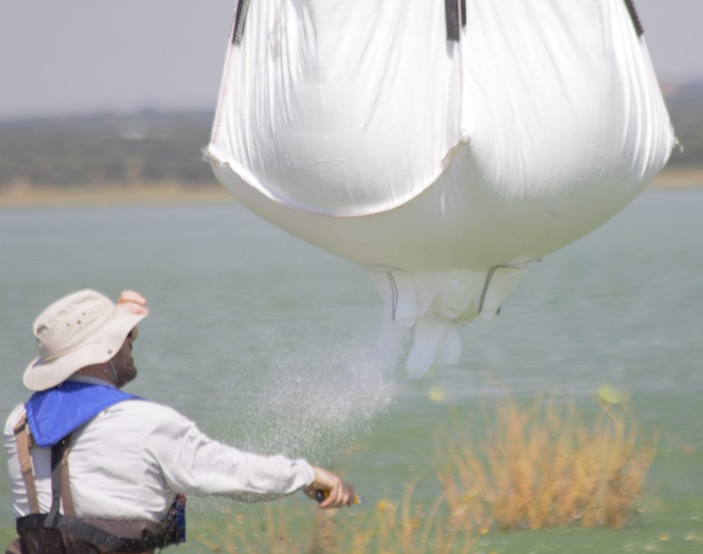 An Israeli company is assisting local government authorities to transform toxic water to healthy drinking water in what could be a game-changer for South Africa as a water-scarce country.

The company, BlueGreen Water Technologies, is a world leader in eradicating toxic algae from water sources, and has offered its expertise to South Africa.

With a branch in South Africa, the company started working at Setumo Dam on the Molopo River in North West province earlier this month. The project is in collaboration with Sedibeng Water, the company overseen by the Department of Water and Sanitation.

Speaking to the  SA Jewish Report  from Germany where he is currently based, BlueGreen Water Technologies Chief Executive Eyal Harel said, “Toxic algae blooms are like a ‘global pandemic’ of bacteria. They infest bodies of water, and when that population of bacteria explodes, it makes the water toxic. You can’t use that water for drinking or recreation, it depreciates property, it makes that body of water too hostile for other life forms, and it creates health and economic problems.”

The company believes in the value of all people having access to quality drinking water, Harel said, and it’s doing the work in South Africa on humanitarian grounds. “At the Setumo Dam, it’s more like lots of bacteria with a bit of water in between. But half a million people rely on it for drinking water. We came to help get good quality drinking water to these communities.” Local government departments and officials had been “extremely helpful … everyone is working together”, Harel said. “Even in this time of pandemic and reduced budgets, they are doing an excellent job.”

He said the condition of the dam meant it was impossible to treat it from the ground, so they have had to deploy helicopters to distribute product from the air. “This is the first operation of its kind in the world. It’s new for us too, and requires lots of co-ordination with government officials, water boards, and locals.”

The company describes its products as “floating, slow-release formulations of market-approved algaecides designed to prevent the intensification of cyanobacterial toxic blooms in freshwater bodies [also known as ‘blue green algae’]”.

Harel said he was motivated to work with water as “water touches all people, no matter their differences.” With 22 March being ‘World Water Day’, he emphasises that “two billion people around the world only have access to poor quality water. About 99.9% is left untreated, and people think there is nothing they can do. We want to educate decision-makers that this isn’t the case anymore. Lakes can be treated, even much bigger lakes than Setumo Dam. In addition, algae blooms can actually be prevented.”

Harel got married in Cape Town, and was there during the height of the drought in 2018.

“I remember the term ‘Day Zero’, and how frightening it was,” he said, pointing out that drought also contributes to algae blooms because with less water, “pollution concentrates and bacteria grows. It becomes even more toxic, less liquid, and makes the existing problem much worse. That could be the reason Setumo Dam was in such appalling condition.”

The company also assisted Roodepoort Dam, reducing toxic levels of algae in the water two weeks before a rowing competition in March 2020, just before the pandemic hit. However, Harel said Setumo Dam was in much worse shape. “It’s first and foremost a drinking water source,” he said. “It’s in a rural area that borders Botswana, and the communities are about as poor as it gets. So it’s our small way of helping.”

He emphasises that the company is “completely non-political” and is simply trying to reach out to areas where it knows there is an acute problem. It has even reached out to other Middle Eastern countries that aren’t friendly to Israel. “We aren’t here to make a political stand but a humanitarian one, and any human-rights organisation should understand that.

“Part of our agenda is to empower local communities to take responsibility for their local water source. We come as guests,” he says. “In all likelihood, if the dam isn’t maintained, it will go back to the way it was. So, our ultimate goal is to train local communities to be able to assess water conditions. They will be the ‘boots on the ground’ and raise the flag that there is a problem. We work with real-time remote sensing capabilities and satellite imagery to assess conditions in the lake, so they will be part of that process.

“We have established good relationships with the government. It sees the problem for what it is, and is taking a long-term approach. We are totally committed to improving water quality in South Africa, and we see the same from government.”

The company’s director of operations in South Africa, Jurgens van Loggerenberg, told the  SA Jewish Report  that he had worked in water-treatment processes throughout South Africa for the past 20 years.

“Over the past two decades, I’ve seen a decline in the management of infrastructure and water quality. It’s a big problem as it affects people’s lives. So, when I saw BlueGreen’s technology and what it could mean for the improvement of water quality, I was fascinated.” He joined the company soon afterwards.

He believes the technology could “be a game-changer for South Africa. Toxic bacteria means that humans suffer. And it’s never been looked at this way before. Water has been treated only at the treatment facility. I don’t think the team has ever treated water of this poor quality before, but it has a strong strategy. We have the support of the Department of Agriculture, Forestry, and Fisheries, and the Department of Water and Sanitation. They are standing behind it. They believe in the technology and what it can do for the environment. They know it can help them achieve their goals.

“One thing we observed is that there are so many shops in the area that sell bottled water,” he said. “The day the community can open the tap and have safe drinking water will be a big day for the country.”