ITRI touts graphite technology to draw water from the air 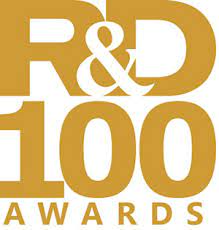 The Industrial Technology Research Institute (ITRI) on December 15 unveiled a graphite membrane-based technology that can draw water from the air.

The technology was recognized this year at the US-based R&D 100 Awards, the institute told a news conference at an innovation forum at its Southern Region Campus in Tainan’s Lioujia District (六甲).

The graphite oxide membrane is housed in a “ubiquitous water wand,” which collects water vapor from the air and condensed water from it, potentially helping people in arid climates, the institute said. 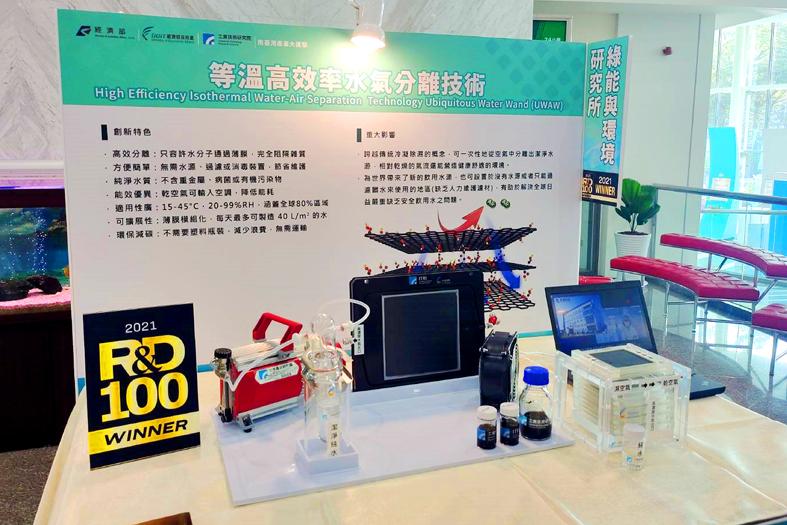 The Industrial Technology Research Institute’s “ubiquitous water wand” is displayed at an event in Tainan on Wednesday.

Scientists are exploring possibilities to make use of the material on a large scale, which could provide a technological response to water scarcity, it said.

Other inventions highlighted at the forum included a miniaturized 3D sensing module that enables robots to grab objects with precision and a kilowatt-class fuel cell technology that boosts the efficiency of hydrogen batteries, it said.

Institute senior vice president Wu Cheng-wen (吳誠文), who is director-general of the southern campus, said that the semi-public foundation is working with the government to upgrade industry in southern Taiwan.

The institute has collaborated with nearly 4,500 enterprises to integrate the technological research and innovation resources of the private sector, academia and the government, Wu said.

Tainan Deputy Mayor Chao Ching-hui (趙卿惠) said that the city has established complete industry value chains that are to be augmented by other projects, including the Shalun Green Energy Technology Demonstration Site and expansions to the Tainan Technology Industrial Park.

The ITRI is a valued partner in the city government’s efforts to promote economic growth via investments in technology and renewable energy, Chao said.