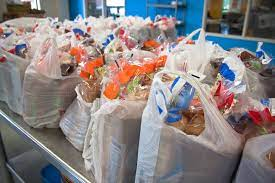 Just 20 companies are the source of more than half of all the single-use plastic items thrown away globally.

That's the conclusion of analysis of the corporate network behind plastic production.

The study looked at approximately 1,000 factories that make the raw materials needed for single-use products.

Plastic bottles, food packages and bags are among billions of items that are used once and then thrown away, often ending up in the oceans.

The research was led by Australia's Minderoo Foundation and a consortium including LSE, market researchers Wood Mackenzie and the Stockholm Environment Institute.