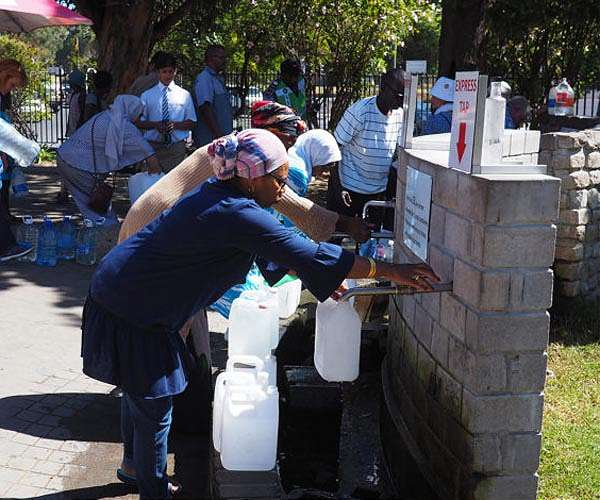 To combat the global threat of fresh water scarcity affecting billions of people, AquaterreX, LLC has been launched with breakthrough technology to locate vast amounts of underground fresh water. Formerly known as GIS Analytics, AquaterreX possesses a unique combination of advanced technologies that enable the location of Deep Seated Water even in areas where others say, "No water exists." Over 1,500 water wells have been developed on four continents using this technology.

"There is a water disaster facing billions of people right now. Today, we are announcing our breakthrough combination of technology that provides the "Missing Piece" to locate fresh water and reverse this devastation," said AquaterreX Chairman and CEO, James D'Arezzo. "Only now, with advancements in satellite imagery, software and instrumentation can we locate these large deposits of water with near 100% accuracy."

By 2025, 1.8 billion people will experience absolute water scarcity and two-thirds of the world will be living under water-stressed conditions, according to the UN Convention to Combat Desertification. Four billion people depend on shallow groundwater for drinking and food production, with more of that water becoming contaminated every day from pesticides, chemicals and other contaminants. Even developed countries like the United States and Australia are grappling with drought and water pollution.

AquaterreX employs multiband satellite imagery, geologic, hydrologic, atmospheric and a multitude of other data and advanced algorithms to find water located below the shallow aquifers (underground deposits of water) that supply a majority of water to mankind. By tapping into this "Deep Seated Water" the world can have a huge, supplemental source of fresh water to help solve the water crisis facing billions of people on the planet.

The U.S. National Groundwater Association estimates that there are 22.6 million cubic kilometers of groundwater in the upper two kilometers of the earth's crust. That is enough water to supply Earth for over 6,000 years at today's global consumption rates. Tapping less than two tenths of one percent of this water annually could provide nearly 17 gallons (64 liters) of additional fresh water per day to every man, woman and child on the planet.

"With our proprietary technology, we have found a way to reach this deeper water economically without drilling wells many thousands of feet deep," said D'Arezzo. "In fact, this technology has been used to drill over 1,500 successful water wells on four continents, with a focus on arid or drought affected regions where they had practically given up on finding water."

Deep Seated Water is the Missing Piece for any water strategy
Fresh water supply and management has become a major challenge for nations, communities, and enterprises. Many water strategies focus on conservation, rather than additional supply. Other solutions such as desalination and wastewater treatment are potential answers for some, but they also come with trade-offs such as high cost, high energy usage, long planning periods and toxic waste.

Deep Seated Water is located almost everywhere on the planet, and it can be added to the mix of solutions as a supplemental freshwater source that is not subject to pollution, is fast and easy to implement and is economical and scalable. In addition, tapping Deep Seated Water allows both surface water and shallow aquifer sources to recharge, making the total system more environmentally sustainable.

AquaterreX acquired the technology in an exclusive licensing agreement with the non-profit Lawrence Anthony Earth Organization in 2018.