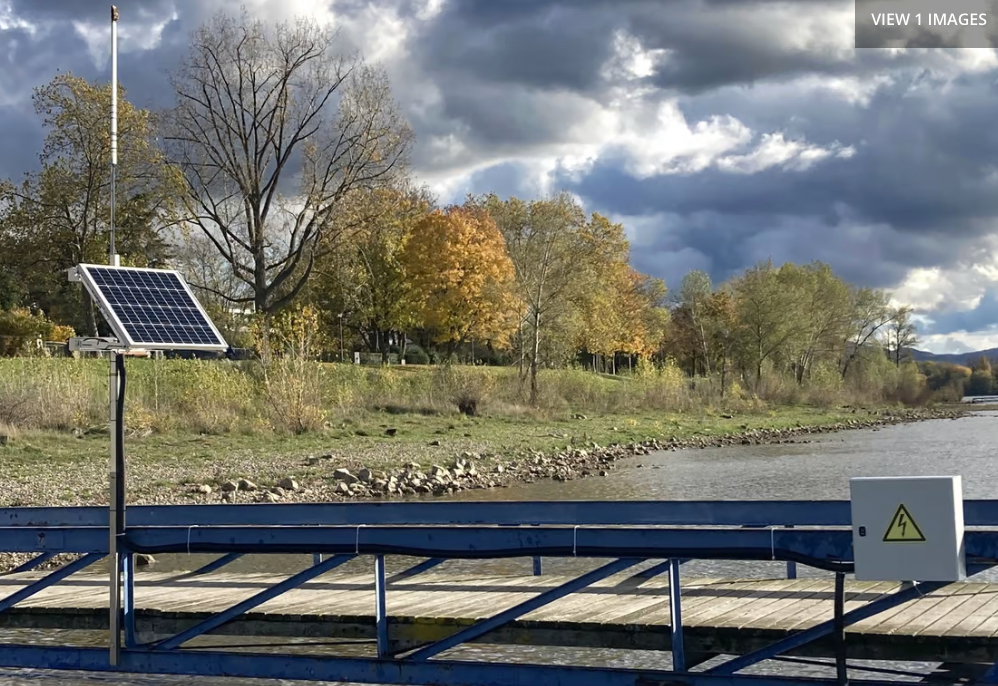 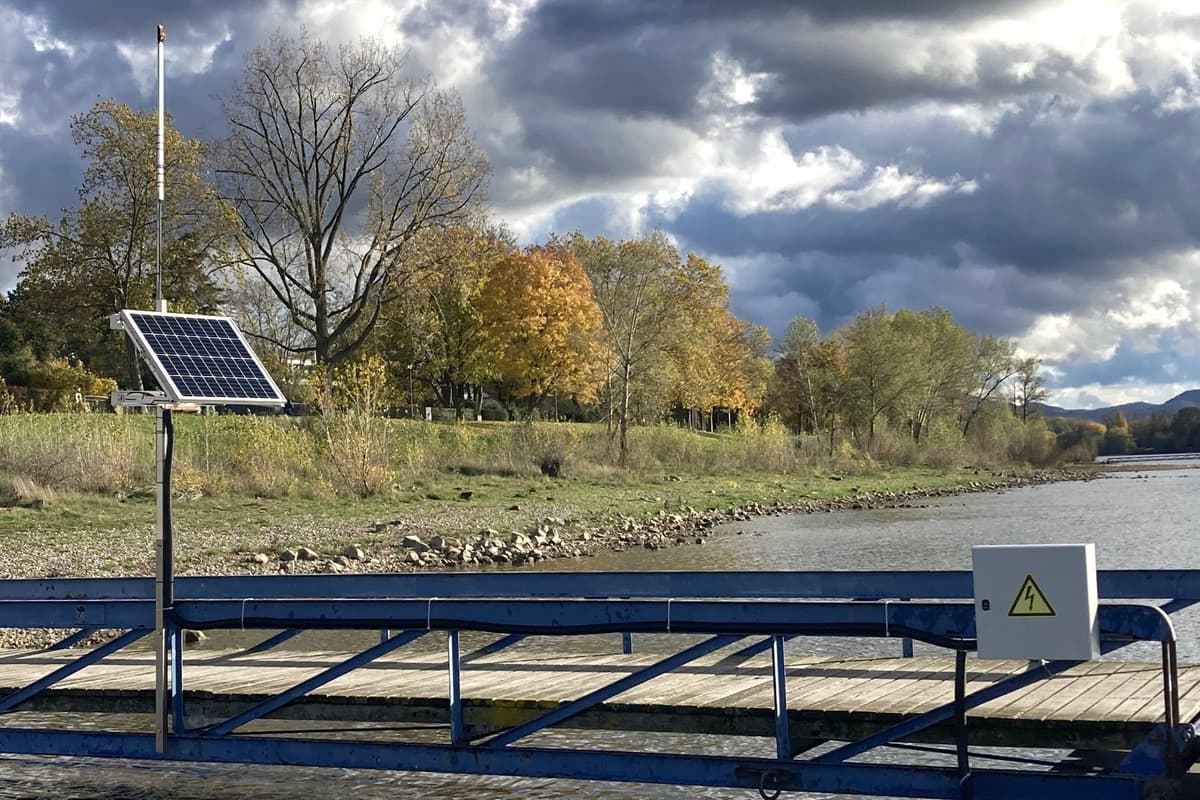 Water level sensors serve an important purpose in rivers, warning of floods and unsafe recreational conditions. A new one is claimed to be not only more robust and reliable than others, but also considerably less expensive.

According to scientists at Germany's University of Bonn, conventional water level sensors suffer from one or more limitations – they get damaged in floods, they're difficult to read remotely, they don't measure water levels continuously, or they're too costly. Led by Dr. Makan Karegar, the researchers developed an alternative that doesn't have such problems.

The device takes the form of an antenna that is installed adjacent to a river, out of the water. It continuously receives GPS and GLONASS satellite signals – part of each signal is received directly from the satellite, while the rest is received indirectly, after it's been reflected off the river's surface. The further down the surface is relative to the antenna, the longer the distance the reflected radio waves end up traveling.

When the indirect part of each signal is superimposed over the directly received part, interference patterns result. By analyzing those patterns, an onboard Raspberry Pi microcomputer is able to determine the current water level to within an accuracy of plus or minus ~1.5 cm (0.6 in). That data is transmitted to authorities via existing mobile networks.

The whole setup costs only about €150 (US$156) to build, and can be powered by a solar panel. In fact, one of the sensors has been in use for two years on the Lower Rhine river. That said, the technology currently only works on rivers that are at least 40 m (131 ft) wide – otherwise, much of the reflected signal comes from land. It is hoped that by refining the Raspberry Pi software, that figure can be reduced considerably.

Both the open-source code and the plans for the device are freely available via the project website. The research is described in a paper that was recently published in the journal  Water Resources Research .

This article has been accepted for publication and undergone full peer review but has not been through the copyediting, typesetting, pagination and proofreading process, which may lead to differences between this version and the Version of Record. Please cite this article as doi: 10.1029/2021WR031713

Although reflectometry is not the primary application of GPS and similar Global Navigation Satellite Systems (GNSS), fast-growing GNSS tracking networks has led to the emergence of GNSS interferometric reflectometry technique for monitoring surface changes such as water level. However, scientific-grade or geodetic GNSS instruments are expensive, which is a limiting factor for their prompt and more widespread deployment as a dedicated environmental sensor. We present a prototype called Raspberry Pi Reflector (RPR) that includes a low-cost and low-maintenance single-frequency GPS module and a navigation antenna connected to an inexpensive Raspberry Pi microcomputer. A unit has been successfully operating for almost two years since March 2020 in Wesel (Germany) next to the Rhine river. Sub-daily and daily water levels are retrieved using spectral analysis of reflection data. The river level measurements from RPR are compared with a co-located river gauge. We find an RMSE of 7.6 cm in sub-daily estimates and 6 cm in daily means of river level. In August 2021, we changed the antenna orientation from upright to sideways facing the river. The RMSE reduced to 3 cm (sub-daily) and 1.5 cm (daily) with the new orientation. While satellite radar altimetry techniques have been utilized to monitor water levels with global coverage, their measurements are associated with moderate uncertainties and temporal resolution. Therefore, such low-cost and high-precision instruments can be paired with satellite data for calibrating, validating and modeling purposes. These instruments are financially (< US$ 150 as of November, 2021) and technically accessible worldwide.