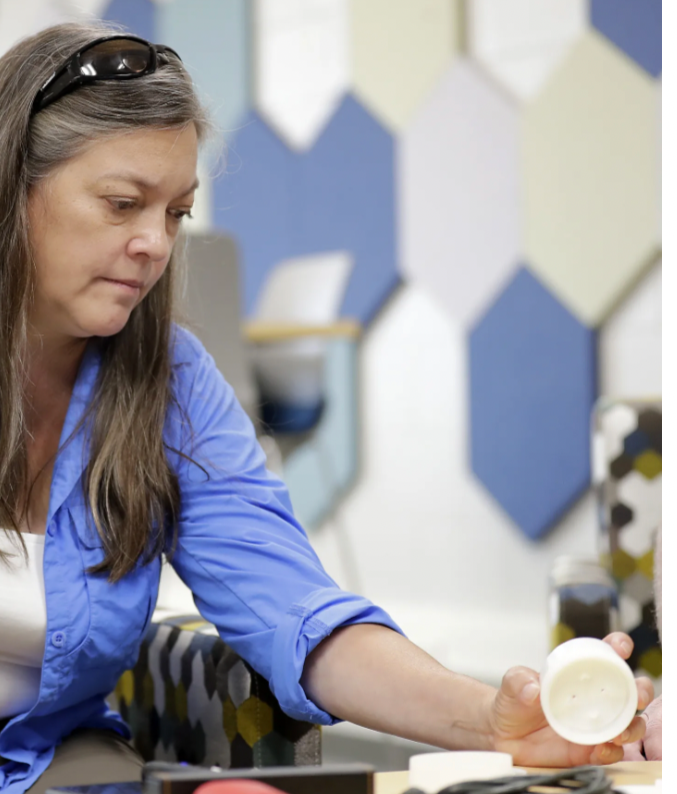 Roving Blue, a company based in Lena about 30 miles north of Green Bay, has all three products that it says use ozone to purify water in three minutes and kill 99% of pathogens without the need for chemicals.

Marianna DeMyer, chief executive officer, said Roving Blue's technology makes water safe by infusing it with nature’s most effective disinfectant — ozone — via electrolysis, a process by which electricity is passed through a substance to effect a chemical change.

Some of the harmful bacteria that can be found in water, which ozone is effective against, are cholera, giardia, hepatitis, poliovirus, E. coli, influenza and salmonella, accordng to a study published in the International Journal of Environmental Research and Public Health.

Roving Blue offers several water purifying products, but its best sellers are the O-Pen, which you can use in a glass of water; the Ozo-Pod, for use in the kitchen to clean vegetables; and the GO-3, which is a cap that fits a 32-ounce Nalgene bottle.

“Our most popular product is the O-Pen, which looks like a writing pen. You just remove the cap, turn it on, put it in a glass of water, and it cleans it,” DeMyer said.

It’s a great product for travelers who go to different places around the world and are not always sure about the quality of the water, she said. 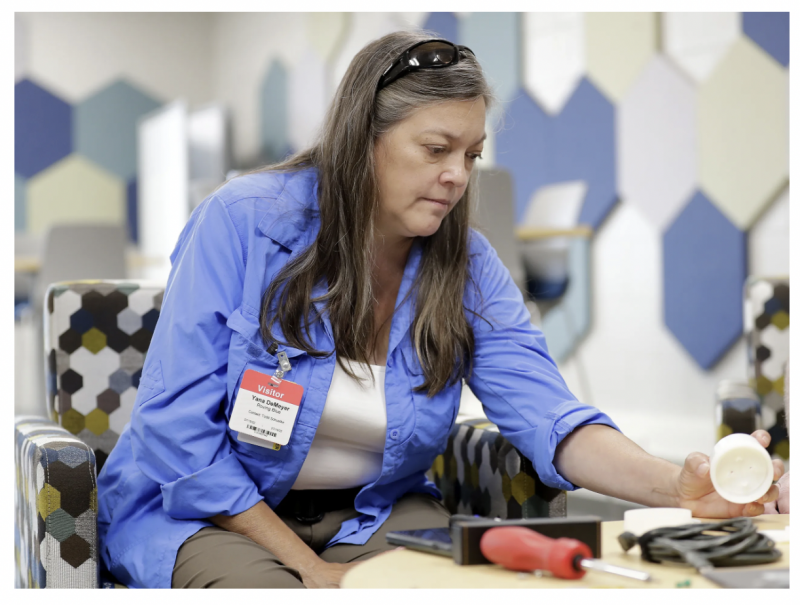 DeMyer is the daughter of a former U.S. diplomat, was born in Japan and grew up overseas, in places where water can sometimes be contaminated, including Cambodia and Iran.
Although the Earth is covered by 70% of water, only 3.5% of that water is drinkable. Globally, at least 2 billion people use a contaminated drinking water source, according to the World Health Organization.

DeMyer studied science communications at the University of Wisconsin-Green Bay but she said she always felt like an entrepreneur.

First, as the owner of a company that sold boats, boat carts, supplies and accessories, she created a network of investors that gave her another idea for a startup: White Knight Commercial Funding, a financial institution for businesses.