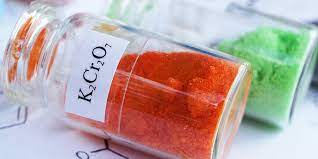 The results of work completed demonstrated a combination of efficacy and cost reduction that has not been demonstrated with any technology on the market today.

Microvi announced today the successful application of their MicroNiche Engineering (MNE) platform technology for chromium removal. The work, conducted under a National Institute of Health grant, demonstrated a significant potential cost savings in capital, operations and maintenance costs compared to conventional treatment technologies such as ion exchange and reduction-coagulation-filtration. The combination of efficacy and cost reduction has not been demonstrated with any technology on the market today.

“Applying our expertise in water purification solutions to address the worldwide challenge of chromium contamination demonstrates the versatility of our MNE platform technology,” said Ameen Razavi, Chief Innovation Officer of Microvi. “This work allowed us to continue to push down treatment costs while maintaining exceptional treatment performance.”

Chromium in water stems from both natural sources as well as a variety of industrial activities including paints, metal production and manufacturing processes. Its presence has significant impacts on public health as it is a carcinogen and can lead to reproductive harm. The widespread issue of chromium contamination affects millions of people worldwide. In a study conducted by the Environmental Working Group, 218 million Americans throughout all 50 states were found to drink chromium-polluted tap water.

While the current federal standard for total chromium in drinking water is 100 parts per billion (ppb), this regulation is under review. Some areas, like California, a region particularly impacted by naturally occurring chromium, have proposed limits as low as 10 ppb. This study showed that Microvi MNE successfully removes hexavalent chromium from drinking water to levels of 5 ppb, meeting both current and potential future regulatory limits.

By using novel biocatalytic composites (MNE biocatalysts) to intensify and extend the life of biological processes, the Microvi MNE technology maintains a controlled population of microorganisms at a much higher density than existing technologies. The design and operation of the systems are simple with no complex process controls and do not produce additional solids, reducing energy and carbon requirements.

Microvi’s water technologies have been successfully applied in a number of applications across the water, wastewater and bio-based chemicals sectors. Along with a project focused on tertiary ammonia removal completed at Thames Water in the UK, the technology was selected for the first full scale wastewater sidestream treatment project in the San Francisco Bay, and for nitrate removal from drinking water at Cucamonga Valley Water District.