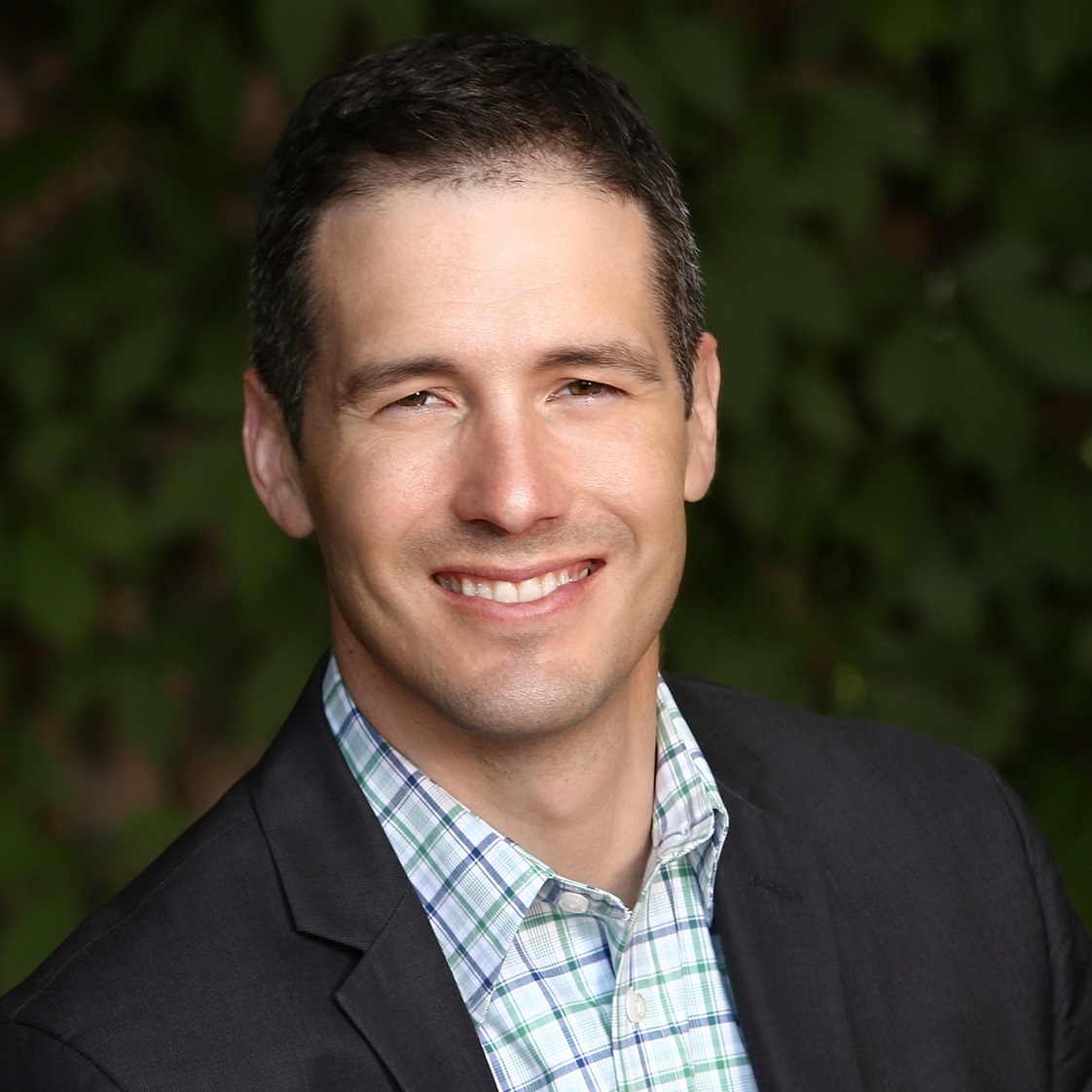 As director of Milwaukee’s Environmental Collaboration Office, Erick Shambarger works to guide the city’s approach to improved sustainability and resilience to storms. As highlighted in a recent “Mitigation Matters” issue brief from The Pew Charitable Trusts, Milwaukee has found success in using regulations to enhance flood mitigation and lower flood risks in the city.

Pew spoke to Shambarger to get his thoughts on Milwaukee’s progress—and plans for the future.

Q: How is Milwaukee impacted by flooding, and were there specific challenges that led to new efforts to reduce those risks?

A: Yes. Milwaukee experienced so-called 100-year storms in 2008 and 2010 that led to extensive flooding and basement backups. We had localized flooding in May of this year. We also recognize that with climate change, the risk of extreme storms and flooding will further increase. We aim to reduce the number of combined sewer overflows during heavy rains.

Q: Pew’s “Mitigation Matters” research showed that the city is encouraging the use of green infrastructure to capture stormwater and wastewater runoff. Tell us more about that, including how the Regional Green Infrastructure Plan and related policies spurred important projects. 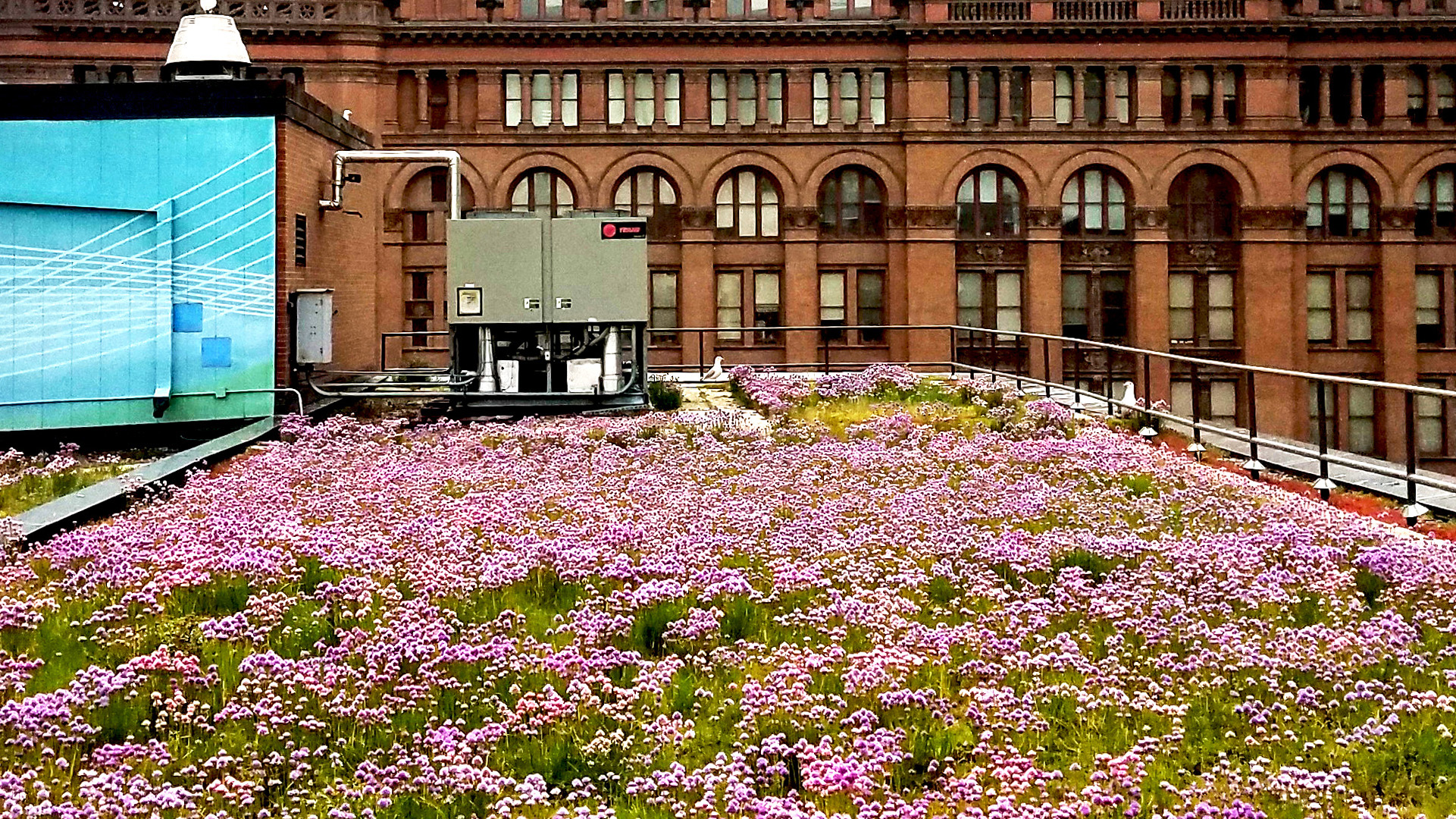 Wildflowers bloom on the roof of a building in the Milwaukee City Hall complex. This green roof is among the strategies the city has implemented to help absorb rainwater to mitigate potential flooding.

Q: How have you and the city won support and engagement from residents in mitigation efforts?

A: To build support, it’s important to talk about the many co-benefits of green infrastructure beyond stormwater management. In Milwaukee, we talk about removing excess pavement and adding functional green space as a health and beautification strategy. This really hits home when you think about greening schoolyards. Schools, parents, teachers, and kids all understand that green schoolyards—which can also manage stormwater—are much better and healthier than blacktop-only schoolyards.

Q: How does Milwaukee coordinate flood risk reduction with other localities, particularly regarding waterways that span multiple jurisdictions?

A: Having a regional stormwater and wastewater utility is very helpful for managing our water resources across jurisdictions. The MMSD and its leader, Kevin Shafer, have done a great job of building support and listening to the respective city engineers from the various municipalities while also advancing a strong vision of flood protection and river restoration. In the 1960s, Milwaukee literally paved—or channelized—many rivers and tributaries, and MMSD is now working to restore the more natural hydrology of our rivers. That provides better flood protection, and it’s better for ecosystems. As the largest of MMSD’s 28 communities, Milwaukee also plays an important leadership role. When Mayor Tom Barrett and the city support effective flood mitigation plans, it helps other communities adopt similar policies.

Q: What are the key steps needed in the next five years to reduce flood risk? In addition to increased funding, is the city considering moving forward with any other programs or policies?

A: In 2019, the city revised its stormwater management ordinances, so we’re implementing and evaluating those changes. We plan to add green infrastructure to four to five schoolyards per year through the Green Schools Consortium of Milwaukee. We’re looking at adding green infrastructure to underutilized areas under freeway overpasses, and we’re continuing to look for opportunities to de-pave parking lots. We are also working to rethink our approach to the environment in our land use plans. Milwaukee’s Harbor District, for example, created a water and land use plan to highlight the connections between land uses and water quality. That plan includes wetland restoration and green infrastructure.

Q: What advice would you give to officials in other cities who are working to develop flood mitigation plans?

A: In the Midwest, flooding is one of the greatest threats from climate change. Based on the best available science, the risk and frequency of extreme storms is going to increase, so we need to have some urgency in developing and updating flood mitigation plans. Implementing these plans can create local jobs, so officials can be intentional about using green infrastructure to support jobs for the communities that need them most. And lastly, officials should recognize that people choose to live in cities that effectively incorporate nature and trees into their streetscapes. People want access to nature, trails, parks, rivers, and water bodies. Cities will be successful if they can find creative ways to replace ugly parking lots and pavement with functional nature spaces that also help mitigate the risk of floods.