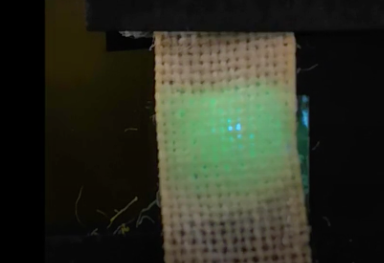 In United Nations Sustainable Development Goals, Number 6, addresses the need for access to clean water and sanitation for all. In the worldwide situation, one in three people do not have access to safe drinking water, and two out of five do not have basic hand-washing facilities with soap and water.

Water quality also address to elements dissolved. In the case of fluoride, controlled amount are recommended for protect tooth, e.g. included in toothpaste. Higher levels can cause fluorosis, interfere in tooth enamel formation, correct growth of the bones, and cause crippling deformities of the spine and joints. The incidence of higher concentrations of fluoride in water is higher in rural areas without access to an appropriate water network.

Fluoride in water sources has a geogenic origin instead of anthropogenic, the fluoride concentration in water is determined by geological formations in riverbeds. This, making the fluoride distribution inhomogeneous in the affected regions, finding water sources with safe and unsafe fluoride levels in a close distance. In this case, the fluoride problem could be solved by the local population provided with specific equipment to detect the levels of fluoride in the water and help them to consume safe water.

The equipment cost for fluoride detection is moderate to high, and requires training to be used effectively. This cost is not affordable for the populations in rural areas. For these reasons, the group led by Professor Mutsumi Kimura and Dr. Eugenio Otal from Shinshu University decided to develop an affordable portable equipment which can detect fluoride in a simple manner at low costs, which was recently published in  Chemistry - A European Journal . The cost of the developed tech-demo is about US$23, but this price can be reduced to less than the half if production is scaled up. The main cost is related to electronics which is useful for many determinations.

Lanthanide-based metal-organic frameworks (MOFs) offer a good platform for fluoride sensing due to their high affinity by fluoride and intense emission in the visible spectrum. The strong affinity of lanthanides by fluorides transforms the MOFs into the corresponding fluorides, quenching the lanthanide fluorescence. This intensity change can be used to determine the fluoride level in drinking water. Researchers at Shinshu University chose cotton as a substrate for their hydrophilic nature, allowing a good synergy with the porous MOFs and a good control over the amount of liquid sample introduced in the device, making the results reproducible and simplifying the previous systems used.

These innovations are compatible with the group's previous developments, which were published in  ACS-Sensors  in January of this year. In this previous article, they present the electronic platform based on an Arduino microcontroller, which uses a smartphone as a power source and data acquisition platform. This innovation eliminates the battery and screen, reducing the costs and allowing to transfer the fluoride quantification information directly to the smartphone. The Arduino code used in the device can be also modified according to the requirements of the local population.

To transfer the information, a friendly graphical interface was developed (https://hello.fridie.de/zensorics-app/), it collects the fluoride quantification data, the time, date, and position from the smartphone GPS and transfer them via email, SMS, WhatsApp or any instant messaging service to be included in a safe-water map to be shared with the rest of the local population.

This novel system accomplishes the 4.0 Industry concepts, it is 3D printable, Arduino programmable, open-source, and the device can be produced locally and distributed. All this innovation produced a low-cost device which can be easily operated by non-trained users.

Many times, science and technology are dissociated, but represents two aspects of the same search. Science provides intellectual satisfaction, feeds our curiosity, while technology provides the ability to implement science to achieve comfort, and health, among other things. The research group used both to find new ways to reduce the impact of fluorosis in areas without access to safe water, like synchrotron measurements, to understand the basics phenomena in the material and helped them to design a more sensitive and reliable sensing device. To the device development also contributed, Hideki Tanaka (Shinshu University), Manuela L. Kim (Shinshu University), Juan P. Hinestroza (Cornell University).

The next step is to implement a MOF with even better performance. The actual system uses a UV LED for excitation of the lanthanide MOF and detects the green emission. First author Eugenio Otal states, "we developed a modification of this MOF which can be excited with visible light and the signal will be detected in the Infrared. This innovation could reduce the cost of the electronics and use cheaper and more sensitive detectors in the infrared region of electromagnetic spectra."

Their final goal is to develop a portable device for water quality using the same concepts they used here, making it modular according to the requirements of each region and make their contribution to the Goal 6 of the UN Sustainable Development Goals: Ensure access to water and sanitation for all a reality, with a portable and affordable device.