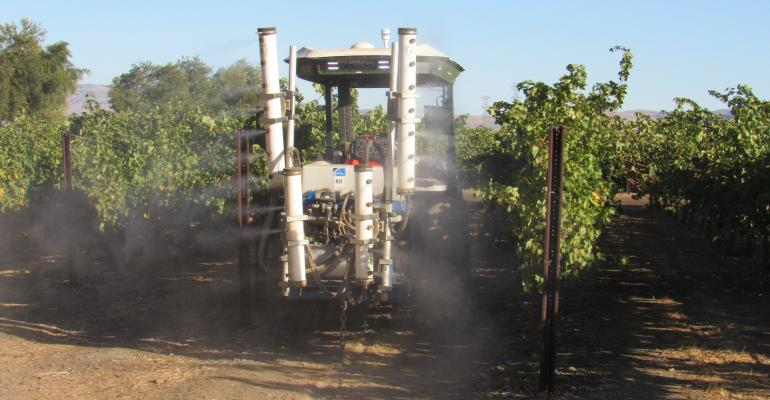 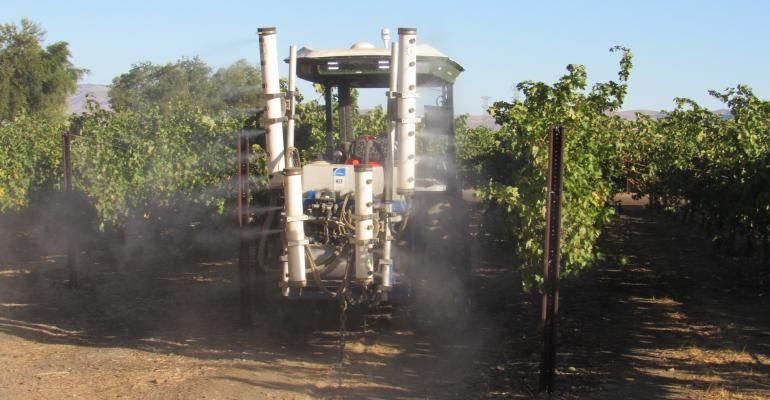 Startup has over 200 orders as it uses grants, partnerships to expand fleet of electric-powered machines.
Tim Hearden | Nov 11, 2021

In the year since it unveiled its new electric-powered tractor, California-based Monarch Tractor is using grants and partnerships to expand the fleet of machines in the hands of growers.

The Livermore, Calif.-based company now has over 200 customers in the pipeline waiting for tractors, which are powered by portable batteries and have a driverless option to save growers money on labor. These buyers include large customers who are looking to do fleet conversions away from diesel, said Praveen Penmetsa, Monarch’s co-founder & CEO.

To help some growers with the tractor’s $58,000 price tag, Monarch is obtaining grants from the USDA, the California Air Resources Board and other agencies. Air board grants have put three tractors in farmers’ hands, and an Oregon produce farmer learned last summer he’d get a tractor with help from the USDA’s Conservation Innovation Grant program.

“New technologies are often more expensive,” Penmetsa told Farm Progress. “Electric cars are more expensive than gasoline cars. In our case, that is the case – our tractor is more expensive because of the tech on it. What we’re focusing on is how to bring that cost down.”

Penmetsa said the company would eventually like to have the tractor “all over the world.

“We have to have a line of sight to make this competitive,” he said. “We’ve spent a lot of time to make sure the technology is very successful.”

Among the operations using Monarch tractors is Wente Vineyards in Livermore, which had two machines delivered June 1. Monarch has been running tests on the property in Livermore for several years, developing its autonomous features and special implements, fifth-generation winegrower and viticulture manager Niki Wente told Farm Progress.

Using an electric tractor fits in with the values at Wente, which has been family-owned and operated since 1883 and is certified sustainable, she said.

“We are currently using them with drivers, but we would like to eventually use them autonomously,” Wente said. One obstacle is that it’s currently illegal in California to run autonomous farm equipment with over 20 horsepower under a law imposed after an accident on a farm, she said. But Wente and Monarch are seeking a variance from the state to run the tractors on a trial basis.

“I think that if we can run them autonomously, we’ll see a lot of improvements in efficiency,” Wente said. “We’ll have some skilled drivers operating multiple tractors in the field with a remote device and complete our tasks a lot faster.”

The tractor isn’t just for vineyards. Oregon’s Hopville Farms, with sites in Clatskanie and Independence, received the USDA grant and will use the tractor to automate certain blueberry field maintenance tasks in an effort to reduce the use of diesel fuels while improving farming productivity. The operation will also work with Monarch and Oregon State University to create a platform for field data collection, which is expected to improve agronomy practices.

Jim Hoffman, the farm’s owner, told Farm Progress he expects the tractor to be delivered next spring and that he’s “looking forward to” using it.

‘Trifecta' of benefits
Unveiled in 2020, Monarch Tractor bills itself as the first to offer a “trifecta” of electrification, automation and data analysis that empowers sustainable farming, increases efficiency and safety, and maximizes grower profitability, according to a release. The machine’s enhanced data capture could help a grower improve practices and enhance yields, the company asserts.

The tractor features spare batteries that can be swapped in and out during the day to keep the machine running and can be charged overnight when electricity demand is lighter, Penmetsa said. The machines’ autonomous features enable trained workers to operate several at a time, which will enable the machine to “pay for itself” in less than two years, he said.

“A lot of farmers are still challenged by investing this kind of money, especially when they’re facing other challenges” such as the price of the crop and water, he said. “Grants are a good way for them to lower the bar. We see the grants as accelerating the option. We see the tractor standing by itself in terms of its economics.”