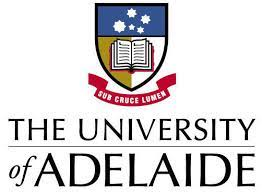 A new generation of high performance catalysts developed by a team led by University of Adelaide scientists will improve the efficiency of using urea loaded waste water to generate clean energy.

“We have developed a new kind of catalyst that more efficiently generates clean energy from waste water that contains urea,” said the University of Adelaide’s Associate Professor Yao Zheng from the School of Chemical Engineering and Advanced Materials who is joint first-author of the study.

“Urea is globally abundant in waste water and can be used to power fuel cells as an alternative to conventional technology which uses clean water in an electrolyser.”

An electrolyser is a device which splits water into hydrogen and oxygen using renewable electrical energy. Hydrogen is a clean fuel that, when consumed in a fuel cell, produces only water.

“We have shown for the first time that we can make the process in the electrolyser work more efficiently so it can reduce the energy input and produce more hydrogen, than those that use existing catalysts.

The efficiency of modern energy conversion technologies that use urea is determined by the electrochemical urea oxidation reaction (UOR). The design and synthesis of new catalysts plays a key role for the development of the technologies.

The University of Adelaide’s Professor Shizhang Qiao, Director, Centre for Materials in Energy and Catalysis is a joint-corresponding author of the study.

“We sought to improve on existing UOR catalysts which tend to perform poorly,” he said. “Only a few of this existing technology produces sustained energy output,” he said.

“Electrocatalytic techniques can convert urea-rich wastewater, which has become a big threat to human health, to hydrogen for clean energy generation as well as reducing its harmful effects on the environment.”

The team of international scientists published their findings in the journal Nature Energy.

“World-leading research such as this is instrumental in the creation of new knowledge and new uses for knowledge, advancing industry and creating opportunity to solve the challenges facing society,” said Professor Anton Middelberg, Deputy Vice-Chancellor (Research), the University of Adelaide.

“The University of Adelaide’s scientists are vested in delivering social and economic benefits to South Australia and beyond.”

The team will continue work on the design of the electrolyser with the aim of upscaling the technology.