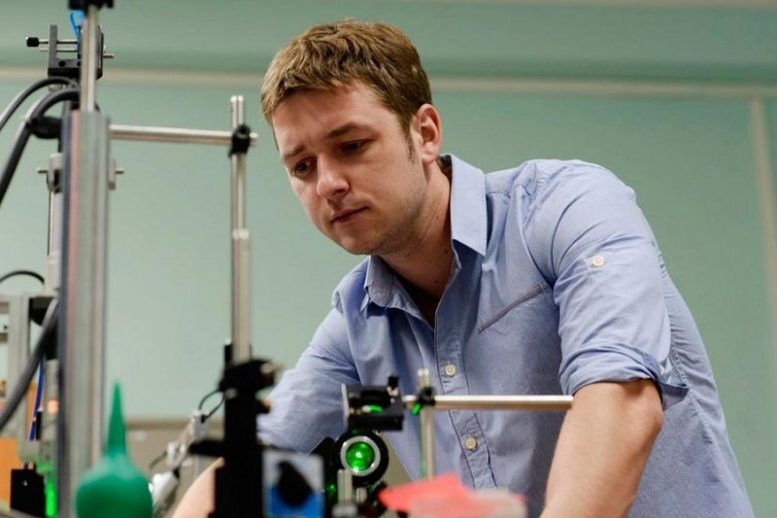 Titanium dioxide nanoparticles decorated by gold absorb about 96% of the solar spectrum and turn it into heat. The material can accelerate the evaporation in desalination plants up to 2.5 times and can track hazardous molecules and compounds. An international research team with representatives from Far Eastern Federal University (FEFU), ITMO University, and the Far Eastern Branch of the Russian Academy of Sciences, published a related article in  ACS Applied Materials and Interfaces.

Access to safe water is included in the 17 UN Sustainable Development Goals. Meanwhile, the World Health Organization (WHO), and the Children’s Fund (UNICEF) addressed the problem in 2019 report, noting that 2.2 billion people lack access to safe drinking water.

One of the ways to provide clean drinking water is to desalinate seawater by evaporation and subsequent concentration of steam. To achieve greater production, new materials to accelerate evaporation are wanted. Over the past five years, this has become a rapidly growing research field globally.

Such innovative materials were designed by FEFU, FEB RAS, and ITMO University scientists teamed up with colleagues from Spain, Japan, Bulgaria, and Belarus. Researchers claim it can be used as a nano-heater for water evaporation and as an optical detector in sensor systems tracking the smallest traces of various substances in a liquid. Later properties can be relevant for micro-fluid biomedical systems, lab-on-chips, and environmental monitoring of pollutants, antibiotics, or viruses in water.

“Upon laser irradiation, the initially crystalline titanium dioxide became completely amorphous acquiring strong and broadband light absorption properties. Decoration and doping of the material by gold nanoclusters additionally facilitated visible light absorption. Initially, we intended to use the feature in the context of solar energy but quickly realized that due to the new amorphous structure nanoparticles in the active layer of solar cells will convert the absorbed solar energy into heat rather than electricity. But the idea came to use it as a kind of nano heater in a desalination tank, which was successfully done in laboratory conditions,” says one of the authors of the paper Alexander Kuchmizhak, a senior researcher at the Institute of Automation and Control Processes of the FEB RAS.

The material was obtained through a simple and environmentally friendly technology of laser ablation in a liquid.

“We added titanium dioxide nanopowders to a liquid containing gold ions and irradiated the mixture with laser pulses of the visible spectrum. The method does not require expensive equipment, hazardous chemicals and can be easily optimized to synthesize unique nanomaterial at gram per hour rate,” said research participant Stanislav Gurbatov, junior researcher at FEFU Polytechnic Institute (School).

Au-decorated amorphous titanium dioxide nanopowder appears completely black to the human eye since it efficiently absorbs within the entire visible light spectrum like a black hole in space does and converts it into heat. In sharp contrast, the commercial titanium dioxide powder used as a starting material, one sees as white.

The development of new materials, including those supporting new manageable physical principles for a wide range of applications, consists within priority areas of FEFU which scientists are working on in close partnership with the Russian Academy of Sciences, domestic and foreign colleagues.