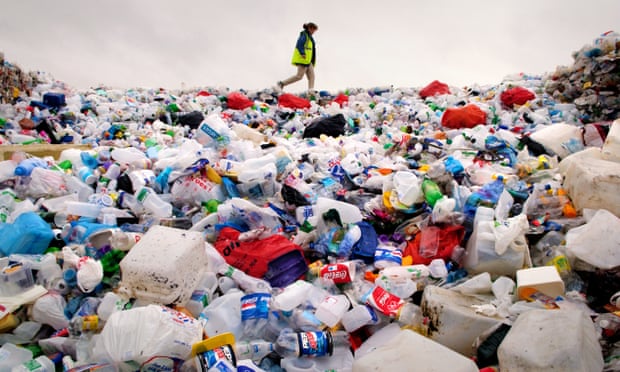 A super-enzyme that degrades plastic bottles six times faster than before has been created by scientists and could be used for recycling within a year or two.

The super-enzyme, derived from bacteria that naturally evolved the ability to eat plastic, enables the full recycling of the bottles. Scientists believe combining it with enzymes that break down cotton could also allow mixed-fabric clothing to be recycled. Today, millions of tonnes of such clothing is either dumped in landfill or incinerated.

Plastic pollution has contaminated the whole planet, from the Arctic to the deepest oceans, and people are now known to consume and breathe microplastic particles. It is currently very difficult to break down plastic bottles into their chemical constituents in order to make new ones from old, meaning more new plastic is being created from oil each year.

The super-enzyme was engineered by linking two separate enzymes, both of which were found in the plastic-eating bug discovered at a Japanese waste site in 2016. The researchers revealed an engineered version of the first enzyme in 2018, which started breaking down the plastic in a few days. But the super-enzyme gets to work six times faster.

“When we linked the enzymes, rather unexpectedly, we got a dramatic increase in activity,“ said Prof John McGeehan, at the University of Portsmouth, UK. “This is a trajectory towards trying to make faster enzymes that are more industrially relevant. But it’s also one of those stories about learning from nature, and then bringing it into the lab.”