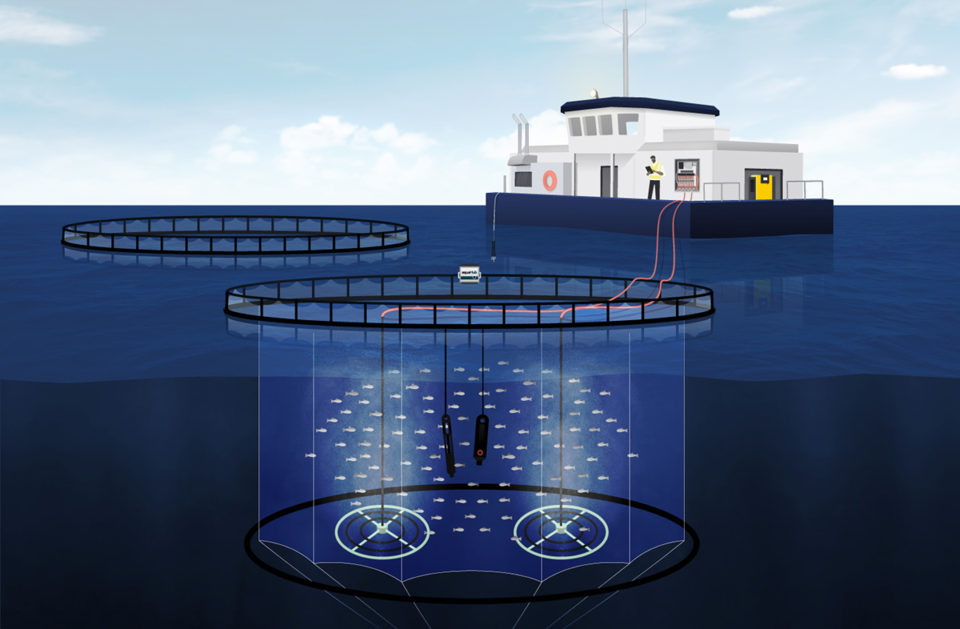 In May, Chilean salmon farmer Salmones Camanchaca announced harmful algal blooms had caused a biomass loss of 3,700 metric tons and a financial hit of more than $12 million in the first quarter of 2021. That’s the unwelcome part of the news.

But since the global aquaculture industry suffers estimated loses in the billions annually due to harmful organisms like algae, the incident wasn’t entirely out of the blue. Losses due to algal blooms can be viewed as a cost of doing business – an expense that cannot be avoided but can be mitigated.

The British Columbia, Canada-based company works with clients around the world, offering environmental consulting, water quality management and plankton management services. Reducing the effect of plankton involves having a monitoring program in place, a mitigation system installed and the expertise to make everything work, according to Pudota.

Technology available now and that will soon be deployed could make dealing with harmful algal blooms easier. Recent announcements from Innovasea and of a joint effort by OTAQ/Blue Lion Labs are recent examples of this. It is not intended to replace input and analysis from users on site at a fish farm, said Allan Hirsh, global product manager. Rather, the software combines current data on plankton, which is largely collected manually, with what has been seen in the past.

“With historical data that we have also applied to the system, we can find patterns based on locations and time of the year,” Hirsh said.

Such information could indicate to producers, for example, that a problem could be brewing and so mitigation efforts like aeration might be needed. The software uses various techniques to ensure erroneous readings are not entered into the database. For instance, based on historical data it knows what the upper and lower limits for particular measurements of, say, plankton density should be. If an entry falls outside this range, the software alerts the user, who can correct an error or verify that the data as entered is correct.

The OTAQ/Blue Lion Labs project combines the strength of the two companies, noted Chris Hyde, OTAQ chief technology officer. Blue Lion Labs will supply software that can identify plankton based on images, while OTAQ will provide water sampling and imaging hardware. A product will be commercially available in the next year or two.

According to Hyde, the system will analyze water samples for plankton content, identifying the species and its volume. The product will alert users of specific potentially toxic or harmful species.

Currently, fish farming staff provide that information but they cannot do so around the clock. Manual data gathering and analysis also is costly and labor-intensive.

An automated system can help in both areas. Preliminary testing also shows that technology can benefit another, critical aspect: species identification.

“We are seeing that the system is actually incredibly good at identifying species that a human operator would struggle to. So, we expect it will be at least as capable if not superior to a well-trained operator using a microscope,” Hyde said.

Technology can be a significant aid in combating harmful algal blooms. But more is needed, according to Pudota, adding that 60 percent of the job involves interpreting data and deciding what actions to take. Aeration can lower harmful plankton levels, for instance, but it can also stress fish.

Thus, new technology, in particular image-based plankton identification, may automate and improve some aspects of algal management but not all of them, Pudota said. He added that validation of any monitoring system and knowing how and when to do mitigation is critical. For those fish farmers without experience or expertise in these areas, he advised they seek out those who do have the necessary skills and knowledge.