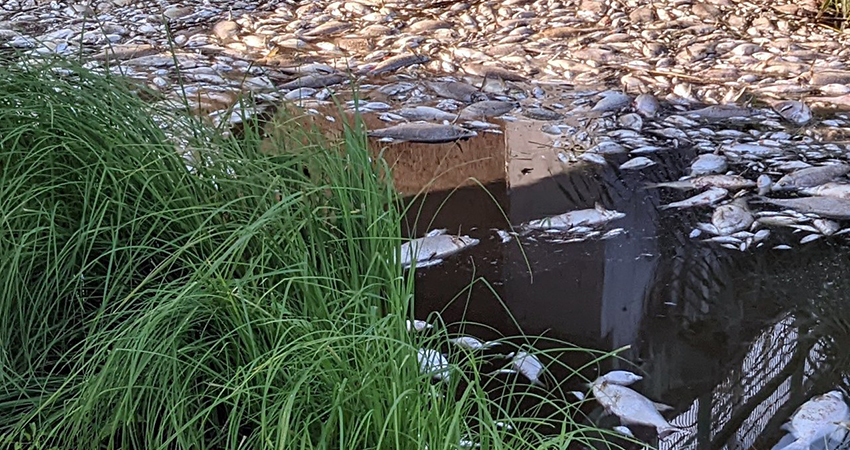 Toxic algal blooms were behind the mass killing of fish in the Oder River according to Germany’s largest research centre for inland waters. The Leibniz Institute for Freshwater Ecology and Inland Fisheries (IGB) says that high salt concentrations from industrial discharges created an artificial habitat for the mass development of the toxin-forming brackish water alga Prymnesium parvum.

IGB has been working on the Oder for decades. They released their findings ahead of German and Polish state investigations due to jointly announce their results on September 30. The 840 kilometre long river, runs from the Czech Republic to the Baltic Sea along the border between Germany and Poland. In mid-August more than 100 metric tons of dead fish were found within one week. While the detailed analysis of the Oder disaster is still ongoing, the IGB says that it has been able to show that the event was not a natural phenomenon.

The institute claims high salt concentrations from industrial discharges had created an artificial habitat for the mass development of the toxin-forming brackish water alga Prymnesium parvum. “Massive amounts of salt must led to the algae species finding optimal conditions in the Oder.