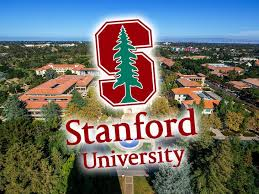 An airborne photoacoustic imaging system developed at Stanford University could aid in biological marine surveys and the search for sunken ships. The device is able to break through the threshold between air and water, which had previously been a barrier to aerial survey.

Techniques such as radar and lidar have proven useful for surveying land. Due to absorption, though, they do not support marine survey. Sonar has instead been the method of choice for the application, though a device reliant on that technology must be submerged, in a process that can slow, expensive, and inefficient. Sound waves are unable to pass from air into water without losing the majority of their energy to reflection, and returning sound waves experience another energy loss by having to break through that threshold a second time.

To overcome these obstacles, the Stanford researchers played to the strengths of each medium: sound and light.

“If we can use light in the air, where light travels well, and sound in the water, where sound travels well, we can get the best of both worlds,” said first author Aidan Fitzpatrick, a Stanford graduate student in electrical engineering.

The researchers turned toward photoacoustics, creating the Photoacoustic Airborne Sonar System (PASS). In the system, a laser fires at water, where its beam is absorbed, creating ultrasound waves that propagate down through the water column and reflect off submerged objects in a direction toward the surface.

Because the waves propagate underwater as a result of the laser hitting the water surface, their energy only depletes once through reflection.

“We have developed a system that is sensitive enough to compensate for a loss of this magnitude and still allow for signal detection and imaging,” said study leader and associate professor of electrical engineering Amin Arabian.

Transducers record the returning waves, which are then interpreted by software that reconstructs the signals into a three-dimensional image.

“Similar to how light refracts, or ‘bends’ when it passes through water or any medium denser than air, ultrasound also refracts,” Arabian said. “Our image reconstruction algorithms correct for this bending that occurs when the ultrasound waves pass from the water into the air.”

To date, the system has only been used in a container the size of a large fish tank.

“Current experiments use static water, but we are currently working toward dealing with water waves,” Fitzpatrick said. “This is a challenging but, we think, feasible problem.”

The researchers believe that eventually the technology will eventually be able to compete with sonar systems that are able to reach depths of hundreds to thousands of meters.

Researchers next plan to test the device in larger settings, and, eventually, in an open-water environment.

“Our vision for this technology is on board a helicopter or drone,” Fitzpatrick said. “We expect the system to be able to fly at tens of meters about the water.”