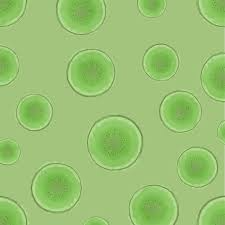 A team of researchers, writing in the journal Sustainability (see attached) have developed a method that uses microalgae for the bioremediation of PW that could also open up the opportunity for the production of biofuels for added-value products as a sustainable approach. 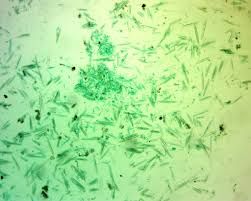 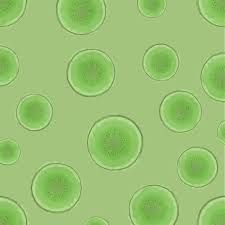 Produced water (PW) is a term the oil and gas industries use to describe water that is generated as a byproduct of extracting oil and natural gas. PW is a kind of brackish and saline water from the underground formation that surface and contain significant amounts of industrial wastewater (WW).

With around 250 million barrels of naturally occurring PW produced each day, this waste by-product raises serious concerns as it poses an environmental effect as around 40% of PW generated makes its way into the environment.

With the ongoing expansion of the oil and gas industries, it is anticipated that the volume of PW will increase, and therefore it is vital to come up with efficient and sustainable ways to treat this industrial wastewater and limit its environmental impact.

Bioremediation
Bioremediation is the use of microbial species to clean up contaminated media such as water, soil, and subsurface material that has been polluted by discharged chemicals and impurities. Typically, the removal of organic matters is performed employing biological processes via bacterial cultures using conventional activated sludge processes.

However, due to the high concentration of organic matter, potential toxicity, and inhibition can hold back the large-scale application of these biological processes. Furthermore, there are other physiochemical methods available for the treatment of PW but these methods such as thermal and electrochemical methods are expensive and energy-intensive.

In contrast, using algae-based treatments could pave the way towards a cost-effective and efficient technique to treat a variety of wastewaters including PW.

Microalgae can be used to treat PW and remediate organic pollutants with the use of specific algal species. Moreover, microalgae treatment processes produce usable biomass for biofuel production and have an additional benefit of CO2 capturing

Almomani and his team also state that algal cultures could produce biofuels and other useful chemicals as well as solve economic and environmental problems. The bioremediation of PW using algae could be used to maintain freshwater resources in regions suffering water scarcity.

However, as it stands there are issues surrounding the method as it is limited in its current scope and further work is needed to explore the efficiency of algae in treating PW, generate valuable biomass, and identify the common algae species that can be used for PW treatment under different conditions.

The Algal Approach
Produced water (PW) characteristics may vary from region to region and therefore environmental impact may also differ depending on the properties of PW. The researchers observed that PW from gas wells was of greater toxicity than that of oil wells, however, the oil industry produces greater volumes of PW. The team state that specific treatments and approaches should be taken for PW in oil wells.

“Establishing a sustainable green technology such as algae for PW treatment, recovery, and reuse contributes to the production of biomass, which can be converted into biofuel,” says Almomani. This conversion could also assist in the removal efficiency of organic matters and dissolved solids, algae can also extract a number of constituents and pollutants from water and wastewater such as nutrients, heavy metals, and dissolved and complex organic chemicals via biosorption and bioaccumulation.

While chemical and other biological processes are available Almomani et al. identified microalgae as a promising technology for the treatment of wastewater and PW as microalgae can update various constituents of PW and use them as a growth medium. 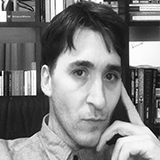 David is an academic researcher and interdisciplinary artist. David's current research explores how science and technology, particularly the internet and artificial intelligence, can be put into practice to influence a new shift towards utopianism and the reemergent theory of the commons.