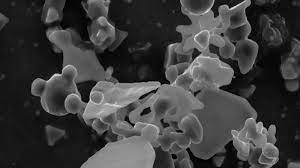 Tap water produces a natural protective shield against harmful microplastics, which can help prevent household products such as plastic kettles from releasing them. That’s according to a team of scientists from AMBER, the SFI Centre for Advanced Materials and Bioengineering Research, Trinity, and University College Dublin.

The research published in the Chemical Engineering Journal reveals that tap water contains trace elements and minerals, which prevent plastics from degrading in the water and releasing microplastics. Microplastics can carry a range of contaminants such as trace metals and some potentially harmful organic chemicals.

Previous studies investigating microplastics release have used forms of pure water, which only exist in laboratories and do not specifically take into account the ions and impurities found in tap water.

Professor John J Boland from AMBER, and Trinity’s School of Chemistry, who was a co-leader of the research team, said: “It is well known that plastics can degrade and release microplastics, which can get into the environment and be consumed by humans. Our research shows that many items such as plastic kettles, which are repeatedly used with tap water, can develop over time a protective skin that prevents the release of microplastics entirely.

“Because tap water is not 100% pure H2O – since it contains trace elements and minerals, what we showed is that if you include these trace elements and minerals the degradation of plastics in tap water is completely different. Rather than the plastics falling apart, the minerals coat the plastic and prevent any kind of degradation and so the product becomes microplastic-free.  For example, that dark brown colour in your kettle is a good thing. It is copper oxide that forms from copper minerals in your tap water, which in turn comes from the copper pipes in your house – all these combine to give a perfect protection to the kettle.

“This discovery is important because we have learned that these types of protective skins can be manufactured in the laboratory and directly applied to the plastic without having to wait for it to build up naturally. This discovery also shows that nature is leading the way, pointing to solutions to what is a very significant problem facing our modern high-tech society.”