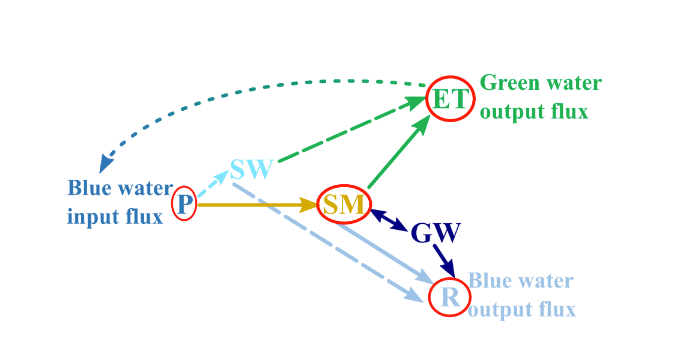 (hydrosphere) water balances, land-atmosphere interactions, and hydroclimatic hazards. Such essential co-variation patterns still remain largely unknown over large scales and in different climates around the world. To contribute to bridging this large-scale knowledge gap, we synthesize and decipher different data time series over the period 1980-2010 for 6405 hydrological catchments around the world. From observation-based data, we identify dominant large-scale co-variation patterns between main freshwater fluxes and soil moisture (SM) for different world parts and climates.

These co-variation patterns are also compared with those obtained from reanalysis products and Earth System Models (ESMs). The observation-based datasets robustly show the strongest large-scale hydrological co-variation relationship to be that between SM and runoff (R), consistently across the study catchments and their different climate characteristics. The predominantly strongest large-scale SM-R co-variation relationship, however, is also the most misrepresented by ESMs and reanalysis products, followed by that between precipitation and R. Comparison between corresponding observation-based and ESM results also shows that an ESM may perform well for individual hydrological variables, but still fail in representing the patterns of large-scale co-variations between variables.