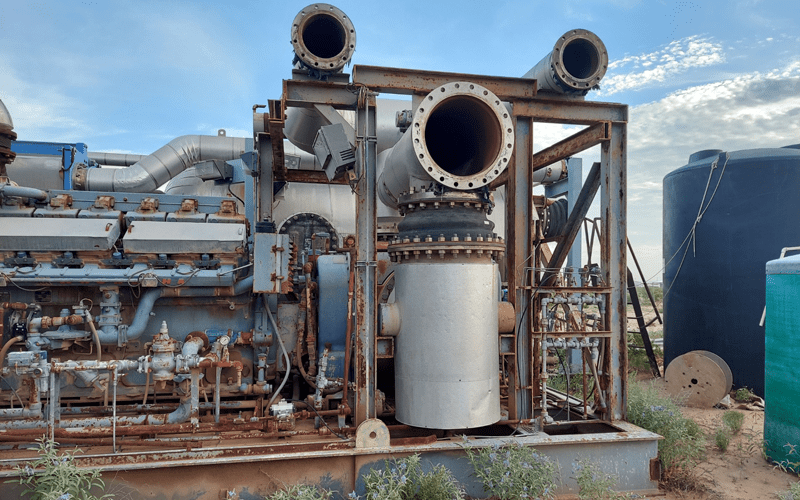 Wyoming-based Encore Green Environmental Technologies and Licensing (EGETL) began with a dream of taking a former nuisance substance – produced water – and turning it into an asset for use in restoring rangeland in dry western states. This would benefit producers, landowners and the climate/environmental, social and governance (ESG) agenda equally.

Its goal was threefold: To help producers manage produced water, to provide soil health assistance for 21st century landowners in arid oil producing areas and to restore the sometimes acrimonious relationship between landowners and E&Ps.

The benefits would be extensive. Instead of sending 90 percent (approximately 10 percent is reused for hydraulic fracturing) of the millions of barrels of produced water into saltwater disposal (SWD) wells – which may be linked to anthropogenic earthquakes – it could be used in conjunction with soil testing and extensive planning to bring life to drought-stricken range and farmland in dry western states, often on the very land from which the water was produced. With ESG demands rising, an agriculture application that would boost soil health and plant growth to the point of improving carbon capture would check all boxes. It could also reduce groundwater consumption for irrigation.

Aucerna
Historically, the catch for remediating produced water for such use was always cost. Encore Green has studied the treatment requirements of produced water in various basins and understands cost effective pretreatment. It just needed a last step – desalination – to make it work for agricultural purposes. For the first two years of the program, it had relied on third parties for various desalination systems. Doing it that way had several challenges, including the fact that systems were not always reliable or cost effective.

When XRI/Fountain Quail made its NOMAD system available, it was apparent that this effective but dormant technology would be a perfect fit.

Existing desalination options were inefficient and costly. Membrane separation systems removed much of the total dissolved solids (TDS), total suspended solids (TSS), sand and others. But they were very costly to run and maintain, and filters quickly became fouled, allowing residue to damage equipment.

Desalination is best done by evaporating and condensing the water, leaving impurities such as salt to be flushed out separately. It leaves the water very clean. But standard systems require great amounts of energy to boil the water, making them expensive, if efficient.

To reduce the amount of heat required, Fountain Quail engineers developed a three-stage process to recapture and reuse heat already in the system. Categorized as a “mechanical vapor recompression thermal evaporator,” NOMAD uses steam to heat the incoming stream of produced water. Since both the heating agent and the product are steam, all the heat can be recovered and recycled.

At the beginning of each operating cycle, the unit requires heat only for the starting sequence. Heat is both conserved and created in two ways. NOMAD creates additional heat by forcing the produced steam into a mechanical vapor recompression operation. Compressing steam (or any gas) increases its heat content.

In addition to the heat from compression, NOMAD’s heat recovery process conserves the original energy input as follows: By using steam to boil the incoming water, heat from both the treated flow and the waste stream can be recovered and reapplied to the process. This eliminates the need for further energy to be expended for heat, making the NOMAD uniquely cost-effective in converting produced water for use in farm and rangeland operations.

A thermal evaporator offers advantages even to the pre-treating process. Unlike membrane desalination, technology is not affected by organics in the feed water. This eliminates the need for costly oxidative pretreatment. NOMAD typically requires just TSS removal via clarifier, dissolved air flotation (DAF) or the use of scale inhibitors when sulfate scale is expected in the waste brine system.

With all of NOMAD’s advantages, the energy industry soon realized it needed much more frac water than evaporation could produce. So fracturing processes were developed that could use less-processed water, and after effectively treating more than 30 million barrels, the system was idled.

That allowed EGETL to purchase the research and the equipment for much less than its face value, making it the perfect fit for their goals.

Simply putting clean water on the ground, even in plains and deserts west of the Mississippi where much of the nation’s oil is located, was not enough. EGETL formulated a plan and created other resources to allow producers, landowners and the climate to benefit the most.

More and more 21st century landowners are looking beyond just receiving a check for royalties or surface use. EGETL has observed that many are looking to leave a legacy for their descendants – and that means improving the land.

On the other side, industry giants planning to reforest swaths of Europe or other continents must wait decades for trees to grow big enough to capture enough carbon to offset their production, and small-to-medium enterprises need a reasonable and useful option that meets their criteria.

EGETL created the Carbon Asset Network (CAN) as a partner for these parties. Soil samples taken at two levels – 0”-6” and 6”-24” – by an agronomist are the start. These are sent to a certified laboratory to determine baseline levels of organic carbon, nutrients and other parameters at both depths. Currently, popular use of satellite images can get only surface level readings, and even that is done more by computer modeling than by actual tests.

With this data, the grower and the agronomist agree on a course of action, which involves application of treated water to boost organic growth.

CAN is not a carbon credit program; rather, it is a resource for progressive stewards of land looking for input on soil restoration.