Removing Micropollutants from the Environment with Nano Materials 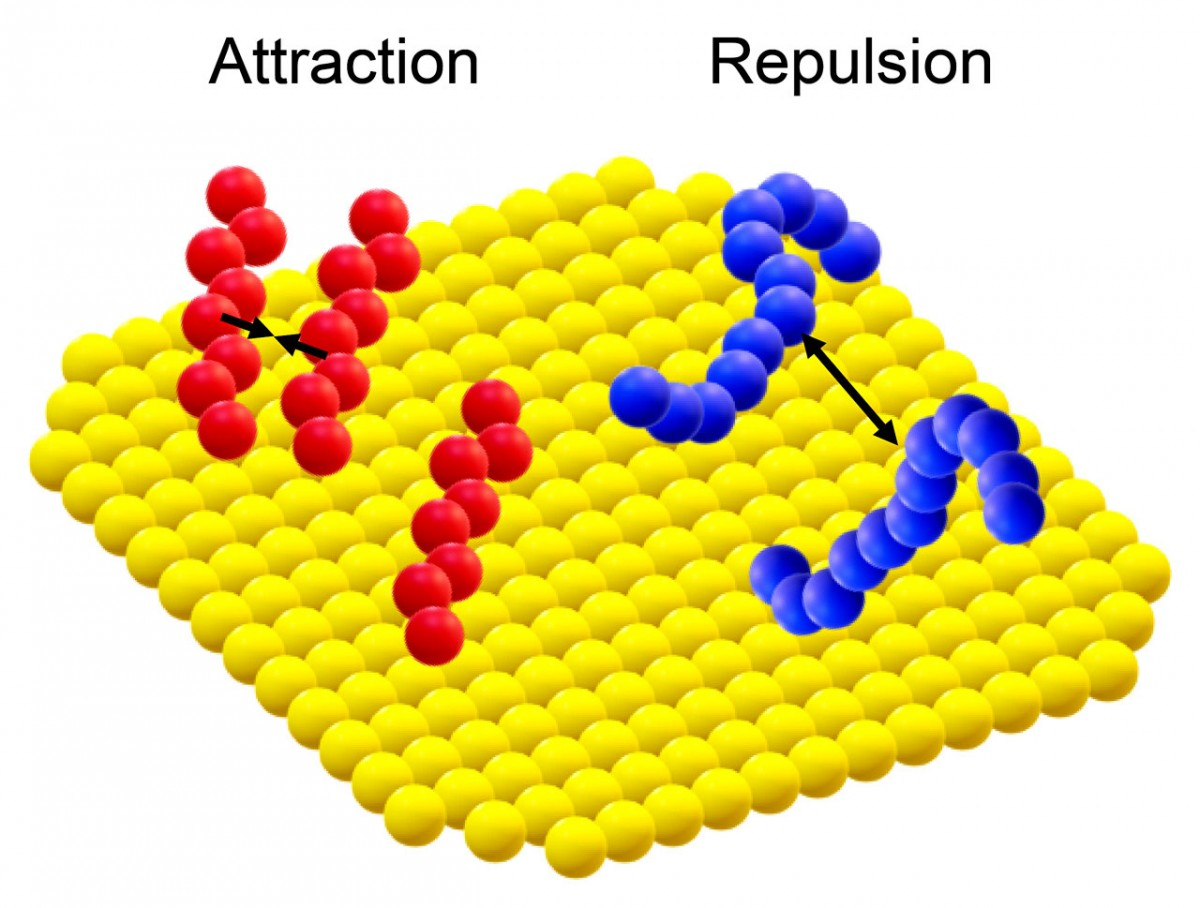 Researchers learned that the surface density of adsorbed ligands can determine which facet is dominant. This “crossover” inspired the team to vary the concentrations of individual ligands as a way to tune the shape of the particle itself.

The research was primarily supported by the Army Research Office, an element of the U.S. Army Combat Capabilities Development Command’s Army Research Laboratory.

“Professor Peng Chen’s work allows for deep insights into molecular adsorption processes, which is important to understand for designing molecular sensors, catalysts and schemes to clean up micropollutants in the environment,” said James Parker, program manager with the Army Research Office. “This research is also important for designing and engineering stimuli-responsive materials with specialized function that could not be found in regular, bulk materials.”

Additional support was provided by the Center for Alkaline-Based Energy Solutions, an Energy Frontier Research Center of the U.S. Department of Energy.

Ligands are much like nanosized barnacles, binding to many kinds of surfaces. This form of adsorption is crucial for a range of chemical processes, from purification and catalysis to the design of nanomaterials.

However, understanding how ligands interact with the surface of nanoparticles has been a challenge to study. Adsorbed ligands are difficult to identify because there are other molecules in the mix, and nanoparticle surfaces are uneven and multifaceted, which means they require incredibly high spatial resolution to be scrutinized. 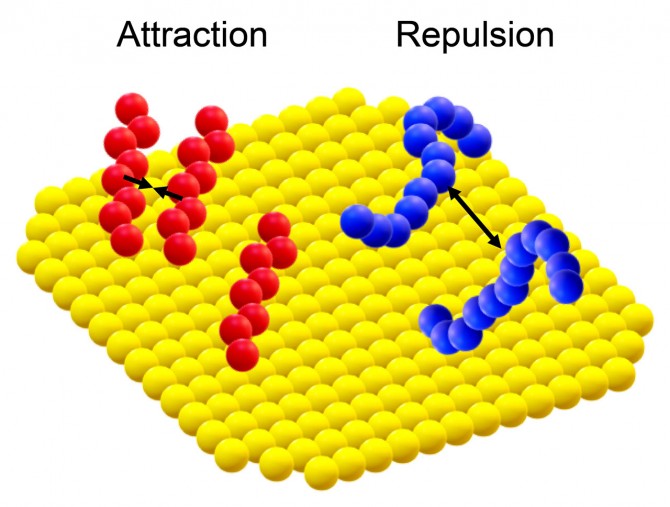 Ligands can attract and help each other adsorb at some surface sites, but can often impair each other’s efforts as well.

Cornell researchers led by Peng Chen, the Peter J.W. Debye Professor of Chemistry in the College of Arts and Sciences, have used a breakthrough imaging technique they pioneered in 2019 to obtain a high-resolution snapshot of these surface interactions and gain new understanding of the strength, or affinity, of ligand adsorption as well as how multiple ligands cooperate – or don’t – with each other.

This led to an unexpected discovery: By varying the concentration of an individual ligand, the researchers found they can control the shape of the particle it stowed aboard – an approach that could result in an array of daily applications, such as removing micropollutants from the environment.

“When the molecule adsorbs on the surface of a nanoscale material, it also actually protects the surface and makes it more stable,” Chen said. “And this can be utilized to control how nanoscale particles grow and become their eventual shape. And we found we can do this with just one ligand. You don’t do any other trick. You just decrease the concentration or increase the concentration, and you can change the shape.”

A nanoparticle’s size and surface structures, or facets, are intrinsically tied to the particle’s potential applications. The larger the particle, the more atoms fit inside it, while smaller particles have less available space internally but a greater surface volume ratio for atoms to sit atop, where they can be utilized for processes such as catalysis and adsorption. The different types of structures the atoms and molecules form on these surface facets are directly correlated with the particle’s shape.

Scientists have used several imaging methods to survey these particles, but they haven’t been able to obtain nanometer resolution to really explore the nooks and crannies of the multiple surface facets and quantify the affinity of a ligand’s adsorption. Chen’s team was able to do just that by employing a method it devised, called COMPEITS – short for COMPetition Enabled Imaging Technique with Super-Resolution.

The process works by introducing a molecule that reacts with the particle surface and fluoresces. A nonfluorescent molecule is then sent to bind to the surface, where its reaction competes with the fluorescent signal. The resulting decrease in fluorescence – essentially creating a negative image – can then be measured and mapped with super high resolution.

Using COMPEITS on a gold nanoparticle, the team was able to quantify the strength of ligand adsorption, and they discovered just how diverse ligand behavior can be. Ligands, it turns out, are fair-weather friends of a sort: At some sites, they cooperate to help each other adsorb; at others, they can impair each other’s efforts. Chen’s team also discovered that sometimes this positive and negative cooperativity exists at the same site.