Resettlement Induced by Dams in China 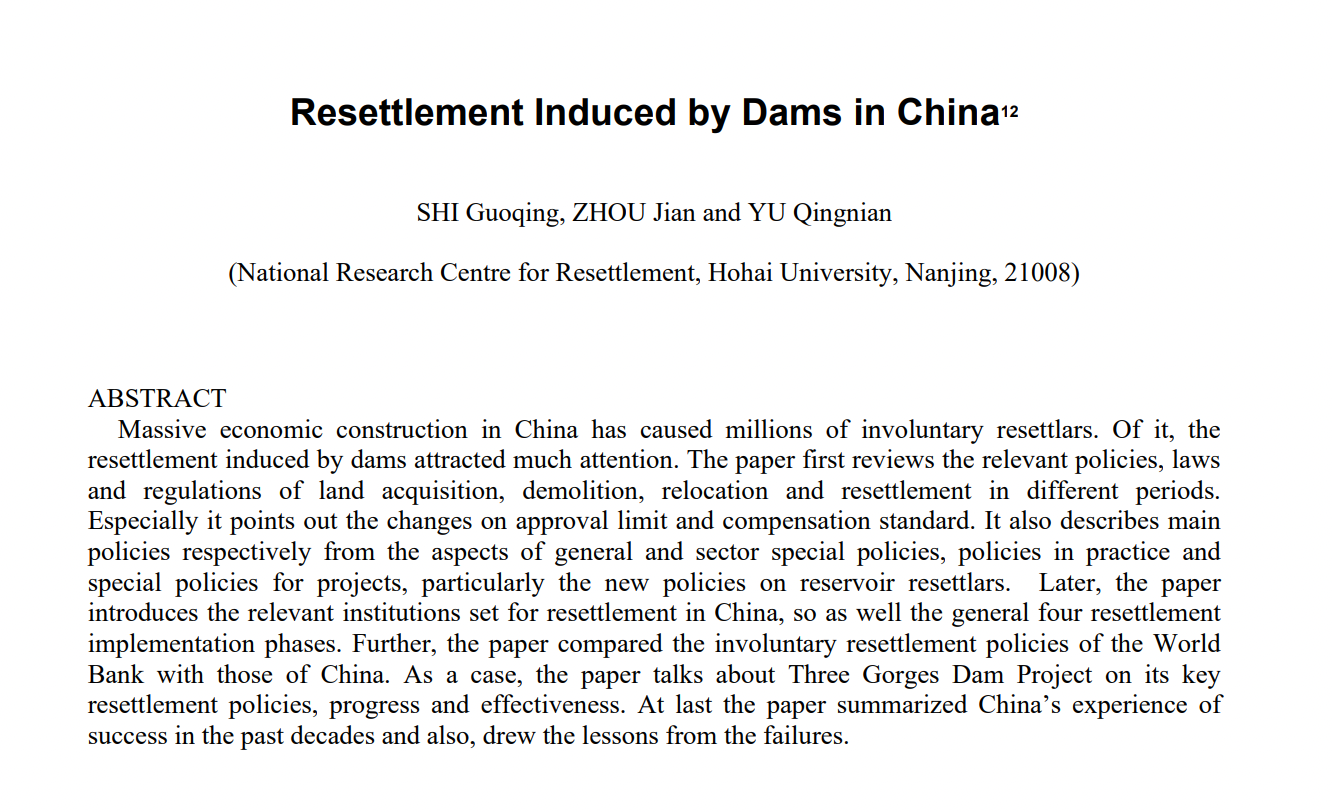 Massive economic construction in China has caused millions of involuntary resettlars. Of it, the

and regulations of land acquisition, demolition, relocation and resettlement in different periods.

Especially it points out the changes on approval limit and compensation standard. It also describes main

policies respectively from the aspects of general and sector special policies, policies in practice and

implementation phases. Further, the paper compared the involuntary resettlement policies of the World

Bank with those of China. As a case, the paper talks about Three Gorges Dam Project on its key

resettlement policies, progress and effectiveness. At last the paper summarized China’s experience of

success in the past decades and also, drew the lessons from the failures.