Sustainable Development Goals – will the Western World meet the deadline? 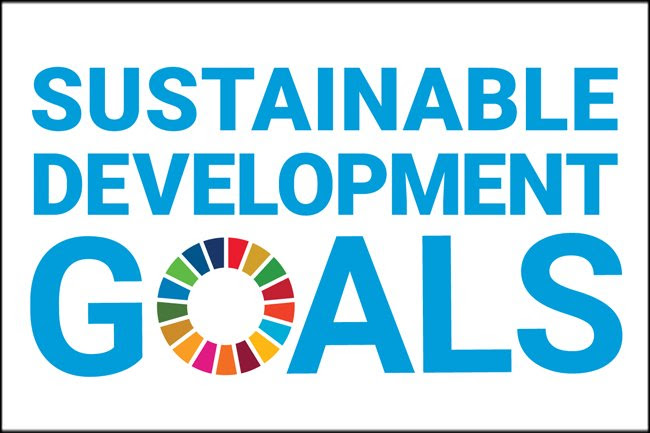 The Sustainable Development Goals are 17 objectives announced by the United Nations in 2015 and adopted by all UN member states as part of a 15-year plan of ambitious action. They are a blueprint for all countries to end poverty and bring peace and prosperity to the planet.

There are less than 10 years remaining before the United Nation’s Sustainable Development Goals (SDGs) are to be achieved. For developing countries, which were making inadequate progress even before the COVID-19 pandemic, meeting the goals by 2030 have become even more challenging than ever before.

The pandemic has seriously disrupted global plans to achieve SDG targets because of unexpected and very high economic, social and health costs. All governments had to borrow heavily and divert focus to counter the pandemic’s immediate adverse impacts, leaving limited resources and efforts towards achievement of SDGs.

The pandemic has transformed, and will continue to transform for years to come, political priorities, human behaviours and social perceptions all over the globe. These will affect achievement of SDGs in many different ways.

Poverty, hunger and access to clean water and sanitisation are priority SDGs, even for the developed world.

Alleviating poverty and reducing hunger and malnutrition are some of the most essential objectives of SDGs.

In the UK, the Child Poverty Act was passed in 2010 with the objective of eliminating child poverty completely by 2020. However, this has not happened yet. In reality, child poverty was steadily increasing, even before COVID-19.

Through a combination of redundancies, income reductions and higher cost of living, many more people have been pushed into absolute poverty (defined as having an income of £15,660 per annum, that is, less than 60% of the country’s median income).

According to the Department of Works and Pension, 4.3 million children in the UK were living in poverty in 2019−20. During this period, an additional 200,000 children have been pushed into poverty. As a result, in August 2020, UNICEF launched a domestic emergency response to help to feed children in the UK for the first time in its more than 70-year history.

The number of households depending on food banks has increased significantly since the beginning of the pandemic. In the UK, the Trussell Trust, which operates 1,200 out of the existing 2,100 food banks, reported a 20% increase in the number of food parcels they distributed between April and September 2019, compared to the previous year. This figure represented an increase of more than 820,000 parcels, the highest in five years. Approximately one third were for children.

The COVID-19 pandemic has forced the world to appreciate the importance of clean water due to the need to undertake frequent handwashing and maintain good personal hygiene.

The prevailing view is that developed countries have solved water-related problems decades ago. In 2006, the newly appointed Secretary General of OECD, Angel Gurría, decided to include three priority areas in its programme: health, migration and water. However, there was considerable pushback against including water because most of the member countries felt this problem had been solved in developed countries. This, of course, was incorrect.

Currently, in the United States (US), over two million people do not have access to piped water, basic indoor plumbing and adequate wastewater management services. Indigenous people in Australia, Canada, and the US receive lower quality water services compared to Phnom Penh in Cambodia, a developing country. In fact, many of the performance indicators suggest the Phnom Penh water utility is better than those of London, Paris, or Los Angeles.

Over the past 20 years, an ever-increasing number of people in the West have lost trust in the quality of water they receive. COVID-19 has further accelerated this trend. The net result is that more and more households in the West are using point-of-use treatment systems or purchasing bottled water, just as it is the case in the developing world, because they do not trust the quality of tap water they receive.

Several well-publicised incidents have contributed to the steady erosion of trust. In Milwaukee in 1993, nearly one- quarter of its population became sick when the filtration process failed to remove Cryptosporidium. In Flint, Michigan, in 2014, inhabitants suffered from Legionnaires’ disease and lead poisoning, with numerous deaths and long-term serious health impacts. In Walkerton, Canada in 2000, seven people died and over 2,300 became seriously ill due to poor water management. And in England and Wales, water utilities have been discharging untreated or partially treated sewage into rivers whenever there are moderate-to-heavy rainfalls, thus affecting human and environmental health.

Perhaps as evidence of eroding trust, in March 2020, US households purchased around one third more bottled water compared with the previous year. Bottled water sales are estimated to grow to $24.5 billion by 2023, giving 2018–2023 a CAGR of 10.6%. The trend has been somewhat similar in most other advanced countries, ranging from Germany to Japan.

The need for leadership

Based on the latest available information and trends, nearly all countries will find it difficult to reach the SDG targets by 2030. Discussion of SDGs continue to focus almost exclusively on developing countries, disregarding the situation of millions of people in the developed world. The time has come to consider how developed countries are going to meet their SDGs so that nobody is left behind.

The absence of enlightened political leadership in nearly all countries of the world, both developed and developing, exacerbates the problem because of increasing uncertainties due to both expected events like climate change and unexpected ones like COVID-19.

The world needs leadership, long-term sustainable policies, robust legal and regulatory systems, strong institutions, and services that are reliable and provided irrespective of the circumstances.

Professor Asit K. Biswas is acknowledged as one of the world’s leading authorities on water, environment and development-related issues. He is Director of Water Management International Pte Ltd in Singapore and is currently a Distinguished Visiting Professor at the University of Glasgow. Professor Cecilia Tortajada has over 25 years of experience on water, environment and natural resources management, agricultural development and capacity building. She is currently Professor in Practice for Environmental Innovation at the University of Glasgow.