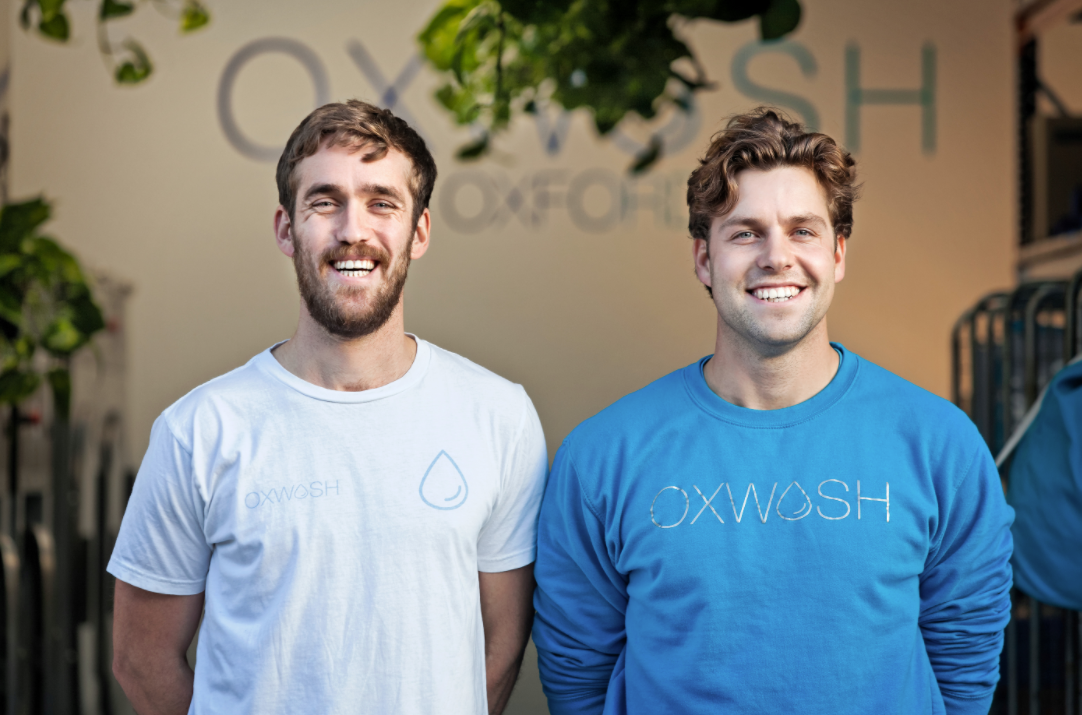 UK laundry start up Oxwash, whose sustainable hubs powered by clean and green technology are leading the charge to sweep away costly old-style laundromats, will unveil a new biodegradable washing liquid in January, expand its city centre coverage and create more staff jobs.

The product is being developed in partnership with a major consumer goods brand and the moves come after a second raise of £1.4million seed funding for the business that was launched in 2018 by Dr Kyle Grant, a former Nasa engineer. A temple to cold water and space age science, Oxford-based Oxwash employs a combination of ozone technology to disinfect fabrics at lower temperatures and a local, smaller quantity collection and delivery model. 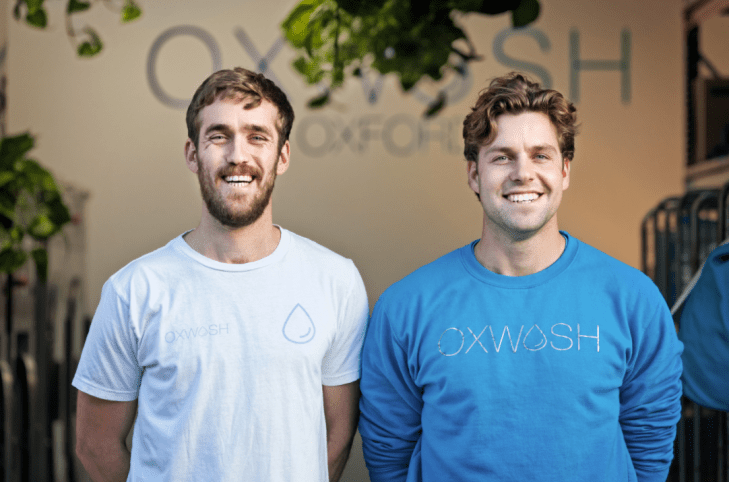 Backers in the funding round include TrueSight Ventures,  Biz Stone (co-founder of Twitter), Paul Forster (founder of Indeed.com), Founders Factory and other unnamed angel investors.

Prior to this, Oxwash was working with a £300k pre-seed round — which it used to fund building its first washing hubs (which it calls “Lagoons”) and to test its reengineered washing process.

The startup’s pitch is that its applying “space age” technology to clean dirty laundry, burnished by the claim that its co-founder and CEO, Kyle Grant, is a former NASA engineer — having spent two years as a systems engineer where he researched the use and effect of microorganisms for extended space travel. 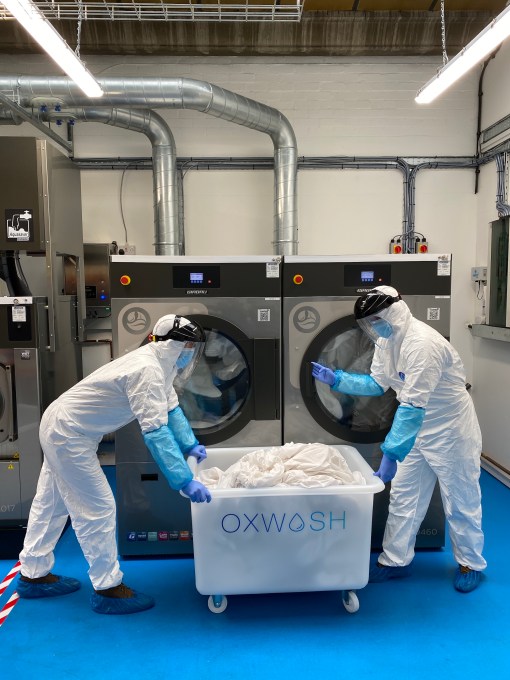 “Washing still has crazy carbon emissions, pollution and collection/delivery services cause large amounts of congestion. We saw a way to re-engineer the laundry process from the ground up and to be the first truly sustainable, space-age laundry company in the world,” says Grant, discussing the opportunity he and his co-founder spied to rethink laundry.

“We’re developing processes to have zero net carbon emissions for the whole laundry process — from collection to washing and back to delivery.”

The team is developing “chemistry that works at 20˚C better than at 40˚C or higher, integrating ozone disinfection to remove microorganisms by oxidation rather than using heat and developing water recycling and filtration systems to reduce water consumption and remove microfibre pollution at the same time”, per Grant.

It’s also structuring business operations to locate washing hubs in city centres, where its customers are based, so it can make use of electric bikes for moving the laundry around — allowing for a next day service with 30 minute collection and delivery windows.

“Traditional washing processes use huge amounts of water, energy to heat said water, harsh chemicals and normal petrol/diesel vans for the collections and deliveries. These process warehouses are usually located outside of cities and there are large lags in when items are returned to the customers (up to two weeks),” he further claims.

While ozone itself is a pollutant that degrades air quality, and can even be dangerous if released, Grant says the ozone used in its cleaning machines — which is produced from oxygen in the atmosphere — degrades back to oxygen “within minutes and is therefore inert and safe”.

“After extensive analysis ozone is far safer to use in commercial laundry processes than heat and harsh chemicals such as peroxides (bleach),” he suggests.

On safety, he also says their washing machines are modified to be sealed whilst “washing and disinfecting”, and can only be opened after the ozone has degraded. “Our lagoons are also fitted with ozone sensors that will cut off our generators if the ozone concentration in the air ever goes over the safe limit,” he adds. “Thankfully this has never occurred. The risks to our staff are far lower than when working with boiling water tanks, harsh chemicals and manual handling, the usual work flow in commercial laundries.”

Oxwash launched in the UK in early 2018 and now has more than 4,000 individual customers, per Grant, along with “several hundred” business customers — including the Marriott Hotel Chain, NHS GP practices, London Marathon and Universities of Oxford and Cambridge.

It’s executed a slight pivot of focus over the past two months — spying an opportunity to target risks related to the coronavirus. “We’ve developed a service in the last 2 months that is available to provide coronavirus disinfection,” he says in a statement. “We are working closely with [the UK’s National Health Service] NHS and vulnerable groups to provide support when needed.”

“We have adopted laboratory-grade PPE [personal protective equipment] processes, heavily inspired and adapted from my time working at NASA  but also from guidelines from the NHS and HSE England,” Grant adds. “For example, we now perform contactless collections and deliveries whereby the customers pre-bag their items in supplied dissolvable bags. Our rider then has gloves, goggles and a respirator to perform the transfer back to the lagoon where a member of our team in full hazmat gear will load and unload the machines where disinfection is performed.”

Before the COVID-19 pandemic, he says the startup was getting traction from customers wanting to remove allergens that caused them allergic reactions.

“We were confident of moving into the healthcare market in the years to come but usually the tender process for such contracts is not conducive to a startup,” says Grant. “However since the advent of COVID-19 and our ongoing healthcare certification, we have seen a huge increase in the value of proper hygiene to both the individuals and businesses we serve. The Marriott Hotel chain and Airbnb have both expressed serious intent to work on a non-healthcare hygiene rating much like that of the Food Standards Authority. We are working with CINET (the international textile committee) to bring this to market with our technology and processes.”

The seed funding will be used to expand to more cities within the UK and Europe — with London and other European hubs, such as Paris and Amsterdam, in its sights. Its initial two locations are Oxford and Cambridge.

It’s also going to spin up on the hiring front, planning to add a head of growth and head of tech, as well as new operational roles in London.