Technologies to Clean Up PFAS 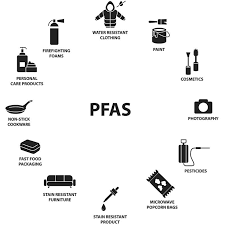 PFAS, the so-called “forever chemicals” found in nonstick pans, clothing, carpet, makeup, packaging, firefighting foam, and many other products, are ubiquitous in the environment: More than 2,800 locations across the U.S. are now contaminated. The chemicals may be in your drinking water, even if you’re drinking bottled water. They may also be in your blood. They’re linked to health issues, from reproductive problems to cancer; the EPA recently issued new drinking water advisories saying that even at low concentrations, the chemicals aren’t safe. Some companies are trying to eliminate them from products. But as the name “forever chemicals” implies, the compounds don’t easily go away. How can we begin to clean them up?

The chemicals, a class of thousands of different compounds that have been mass-manufactured since the 1940s, have strong bonds between their carbon and fluorine molecules that mean they don’t easily break down in nature. PFAS waste is sometimes incinerated, but that can unintentionally spread contamination even further. But some companies are working on finding ways to remediate it.

At a field in an airport in Wisconsin, a joint venture called Onur Solutions recently started testing one new solution: injecting certain PFAS-eating microbes into the ground and then zapping the soil with a low voltage of electricity to give the microbes oxygen to help them grow. Ten weeks after the pilot started last December, the team was seeing reductions of the chemicals of up to 99.5% in areas where the microbes had gotten the boost of oxygen.

“PFAS and biology aren’t supposed to get along—you’re not supposed to be able to break down PFAS with microbes,” says Tim Repas, president of a Canadian bioremediation company called Fixed Earth Innovations, which partnered with Wisconsin-based Orin Technologies on the joint venture. But the partners discovered a method for identifying microbes that are, in fact, capable of breaking down PFAS. (This is something they do at each site; the Wisconsin microbes are local to the area.)

By adding more microbes and giving them the right conditions to thrive, including nutrients and oxygen, they can take on large-scale remediation. In the pilot, which will last a year, the team is monitoring how the microbes continue to work as groundwater flows through the site with new pollution. The technology is still at an early stage, and still requires more testing, but it’s poised to grow. “We’re starting to look at sites not just here in the U.S., but all over the world,” says Larry Kinsman, founder of Orin Technologies. “This is a problem everywhere.”

Another company isn’t eliminating PFAS, but traps the chemicals in place using something that’s a little like a deconstructed version of a Brita water filter. It uses activated carbon from milled coconut fiber wrapped in organic polymer to filter out the PFAS. At a contaminated site, the activated carbon is injected into an aquifer, where it coats rocks and sand, and the sponge-like carbon sucks up pollution. “The threat of PFAS is eliminated because the PFAS is no longer migrating and cannot move toward any surface water bodies or drinking water wells,” says Scott Wilson, president and CEO of Regenesis , the company that developed the technology, called PlumeStop. The system has been used commercially on more than 25 projects, and validated with third party studies (the carbon stays underground, where the company says it permanently traps the chemicals). While others companies use activated carbon in treatment plants, Regenesis‘s technology has the advantage of working underground, so it eliminates the expense of pumping water.

Allonia , a biotech startup, designed a system that forms bubbles in water that naturally attract PFAS; when the bubbles float to the surface, the PFAS can be removed. “This is unique in that no adsorption media (carbon or ion exchange resin) is needed to strip the PFAS, greatly reducing waste and significantly improving its sustainability footprint,” Mark Astorga, vice president of Allonnia, said in an email. In a partnership with Aether Bio, another startup, the companies plan to find a new way to biologically break down the PFAS after it has been captured. Allonia also recently designed a new biosensor that can detect the chemicals in real time in the environment.