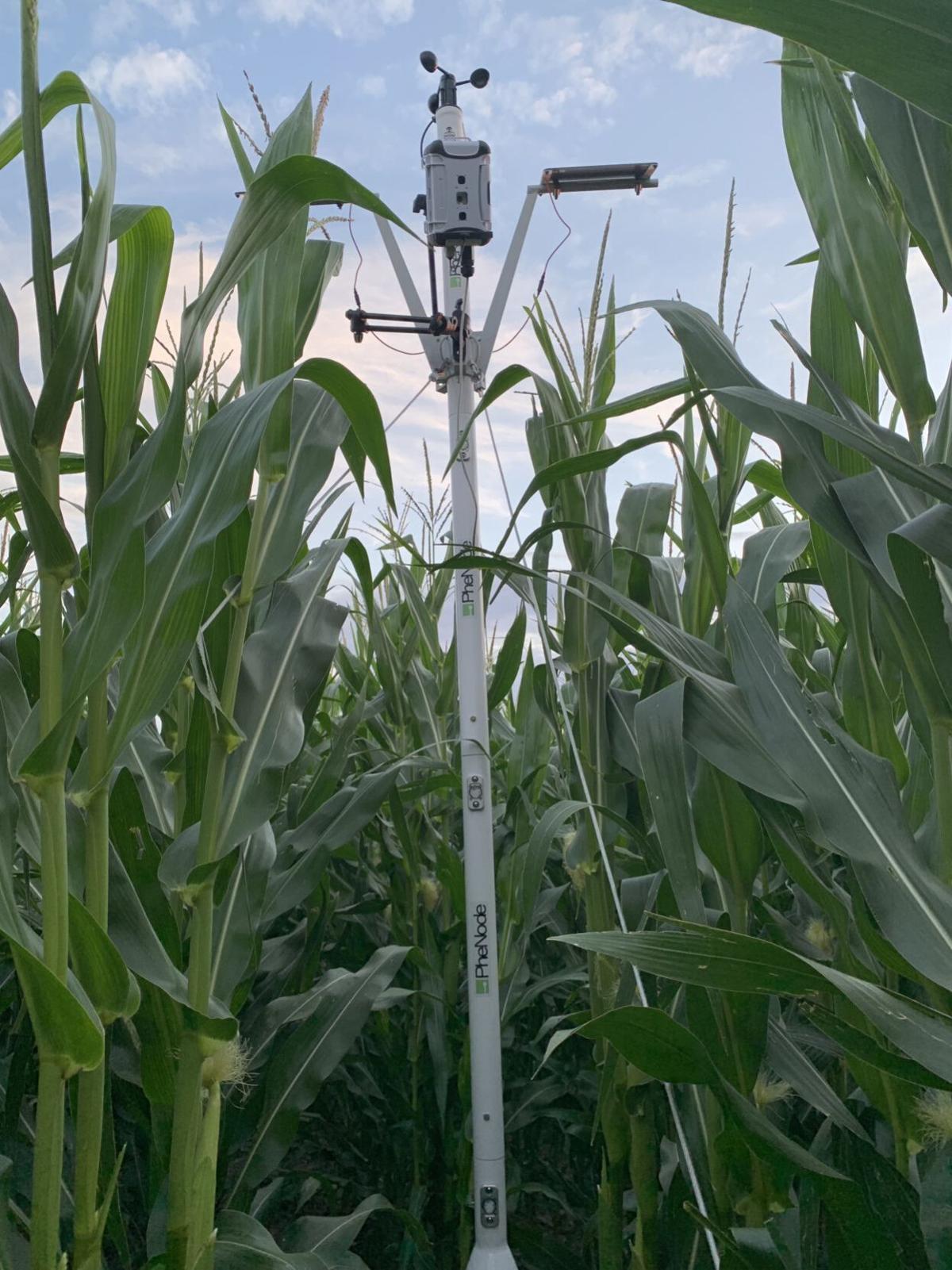 ST. LOUIS — Area public and private researchers are developing a system of remote sensors, artificial intelligence and autonomous drones — run on sustainable energy — to track the health of crops in real time.

The FieldDock project, led by the Donald Danforth Plant Science Center, looks to help scientists and farmers alike to breed and grow crops more efficiently and with less human labor. In mid-July, it received its first major dose of government funding, $1.4 million, from the National Institute for Food and Agriculture and the National Science Foundation.

"In the face of climate change, growing environments are becoming less predictable," said Danforth Center researcher and FieldDock founder Nadia Shakoor. "We can't rely on Farmers Almanac for the last 30 years with historical data because things are changing so much."

This time, she assembled a team of engineers and experts in plant genetics and remote sensing — researchers at St. Louis University and engineers from the St. Louis company Integrated Systems Engineering Inc. They have also partnered with farms across the country to test the technology in the field.

At its most basic, Shakoor is trying to solve an age-old problem: Plant breeding takes a lot of time and manual labor.

Researchers head to the fields with clipboards and measuring sticks. They pluck out plants by their roots, bring them back to the lab, and then start their analysis. “So there's a lot of steps,” said Shakoor. “It takes time.”

Her team envisions FieldDock as a platform to collect information from on-the-ground sensors and cameras secured to a drone, combine it with plant genetics, and analyze it — at the edge of a farm field. This way, they hope, plant breeders would no longer need to spend weeks in the lab to understand if their crops perform well.

Shakoor hopes that the answer could be received in minutes.

“This technology, it just really intrigued the heck out of me,” said Dwane Roth, a third-generation farmer at the Roth Family Farm in Kansas, and one of Shakoor’s field partners.

Roth’s nephews, who are taking over the family’s farming business, are growing corn, wheat, sorghum, and sunflowers. In western Kansas, where the farm is located, water quantity and quality can be a big issue.

Several years ago, Roth started using in-ground sensors to monitor soil moisture. “Prior to that I wasn't a big believer in technology,” he said. “I just didn't think the probes could save enough water. But we actually found out we saved quite a bit.”

In some cases, Roth discovered, crops did not need as much water as they thought they would, so farmers were able to preserve water in case of future droughts.

“You're not only saving water by not over watering, you're saving nutrients,” he added. “You're not pushing those nutrients down. You're letting the plants use all the nutrients available and still be very healthy.”

The Roth farm is also one of several testers of Shakoor’s early project, the smart farm station PheNode.

PheNode is a solar-powered system connected to sensors that, in addition to soil moisture, can measure dozens of other parameters, including air temperature, humidity, wind speed, light, and more.

“It's like a weather station for crops,” Shakoor said.

And it's one of the building blocks of the FieldDock project. Now, with FieldDock, scientists are tackling the challenge of combining multiple technologies together, adding a drone component and a computer to process as much information as possible on the spot. The end-goal is to make the station fully autonomous.

“It’s the integration piece that's missing,” said Vasit Sagan, a professor at SLU's Department of Earth and Atmospheric Sciences, who is developing artificial intelligence algorithms and drone technology for the project.

Sagan’s team at SLU is training computers to tell healthy crops from those not doing well, and teaching drones to fly without a human operator — and come back to their charging stations.

The goal is to convert all of this data into color-coded maps, with suggestions about where to put fertilizer, for example, delivered directly to a farmers’ tablet. This way, farmers will be able to make decisions about their crops in real time.

Bringing different technologies together and making them work as a single system is what most excites the leader of the engineering team, Integrated Systems senior engineer Paul Buschmeyer.

“I like watching the lights come on,” he said. “Being able to stand back and say, ‘All that stuff that we drew on a whiteboard? Look at that. It really works.’”