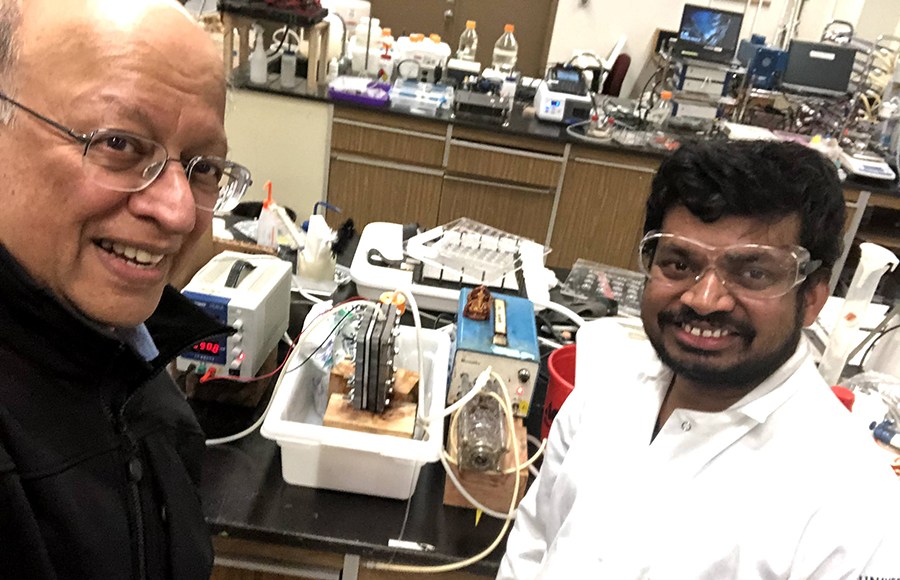 The technology, which leverages the natural binding properties of arsenic, would be able to deliver water to about 50,000 people from a plant that fits in a small garage, according to Gadgil, a campus civil and environmental engineering professor.

“I was looking for the next thing to do in my research, addressing the next big water challenge,” Gadgil said. “That’s why I started working on removing arsenic. I kind of cast around to try to figure out something that is robust, effective and still affordable.”

Gadgil and his research group invented the underlying process more than a decade ago — iron is dissolved in the contaminated water to form rust, and arsenic then binds to the rust to form denser, easily removable sediment, according to a 2009 report from Gadgil’s team. The team’s demonstration plant in India, constructed in 2016, still provides safe drinking water to about 8,000 people daily, Gadgil said.

Gadgil and his team have now improved this methodology by developing air cathode assisted iron electrocoagulation, or ACAIE, and Fe(iron)-electro-coagulation with external oxidizer, or FOX, which use other rapid ways to oxidize iron rather than relying on atmospheric oxygen dissolved in water.

This made the oxidation step “ten thousand times faster,” according to Gadgil, and a purification process that would previously have taken three hours now spans 30 seconds.

According to Gadgil, his team recently secured funding to demonstrate a tabletop ACAIE device in California’s Central Valley.

“The next step would be to go through all the required licensing from the state of California’s regulatory bodies, so that local communities in California could use it,” Gadgil said. “The university can license (the technology) to private sector entities that can build these plants.”

After a successful round of groundwater testing last summer in Allensworth, California, researchers are estimating the cost of building a larger-scale demonstration plant in the area. Sara Glade, a campus graduate student who led the trial, noted the economic impact of the prospective plant, as many Californians currently “rely on expensive bottled water.”

Worldwide, more than 200 million people are forced to drink water containing toxic levels of arsenic, according to Gadgil, resulting in “horrific health effects,” including cancer.

Gadgil said he and his team plan to develop similar techniques for chromium and uranium, contaminants that are likewise prevalent in groundwater. According to Gadgil, the researchers believe they already have a grasp on the chemistry necessary to modify the technology.

“The problem should be solved, that’s the key thing,” Gadgil said. “Currently we have what is best available, anywhere. But if some competition does emerge, I’ll be the first to applaud them, and say ‘all success to you, go solve the problem.’”