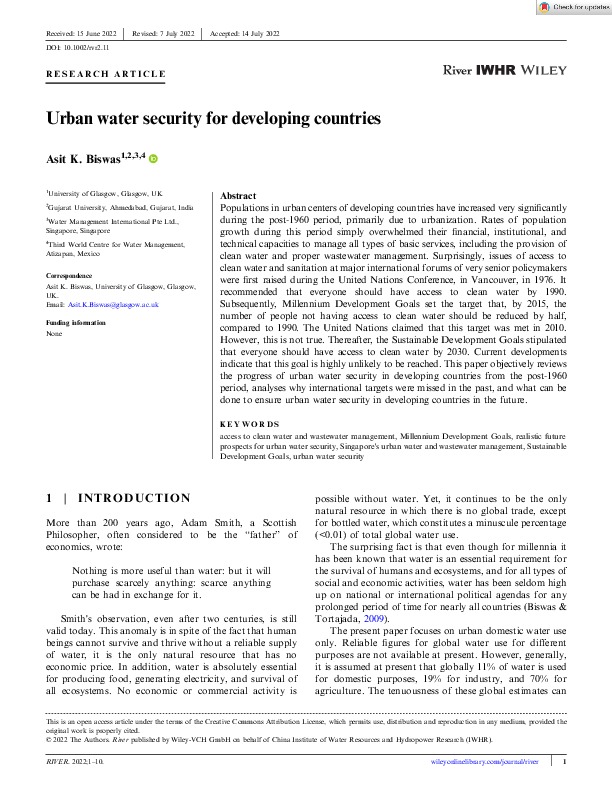 Populations in urban centers of developing countries have increased very significantly during the post‐1960 period, primarily due to urbanization. Rates of population growth during this period simply overwhelmed their financial, institutional, and technical capacities to manage all types of basic services, including the provision of clean water and proper wastewater management. Surprisingly, issues of access to clean water and sanitation at major international forums of very senior policymakers were first raised during the United Nations Conference, in Vancouver, in 1976. It recommended that everyone should have access to clean water by 1990. Subsequently, Millennium Development Goals set the target that, by 2015, the number of people not having access to clean water should be reduced by half, compared to 1990. The United Nations claimed that this target was met in 2010. However, this is not true. Thereafter, the Sustainable Development Goals stipulated that everyone should have access to clean water by 2030. Current developments indicate that this goal is highly unlikely to be reached. This paper objectively reviews the progress of urban water security in developing countries from the post‐1960 period, analyses why international targets were missed in the past, and what can be done to ensure urban water security in developing countries in the future.