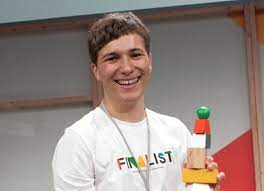 Plastic never fully degrades; the ocean is becoming full of tiny plastic particles, known as microplastics, that are small enough to enter the bodies of marine life as well as our own. Twenty-year-old Fionn Ferreira, a chemistry student at Groningen University, the Netherlands, has developed a method of removing microplastics from water via the use of magnets and oil. To commemorate Pollution Prevention Week 2021, AZoCleantech takes a closer look at Ferreira's novel technology.

The Global Problem of Microplastic Pollution in Oceans and Rivers
Plastic recycling is on the rise, but current rates are nowhere near enough to mitigate the negative impacts of plastic pollution.

Data shows that over half of all plastics ever made were produced in the last 13 years and that recycling rates remain dismally low at just 9%. As a result, vast amounts of plastic are being introduced into the environment every year.

Plastic is the most common form of litter that enters the world’s oceans, with around 4.8–12.7 million metric tons of plastic entering the oceans annually.

To date, it is estimated that more than 268,000 tons of plastic pollute the oceans.

The consequences of this severe pollution problem are concerning.

The amount of plastic particles thought to be floating in the ocean right now is 5.25 trillion. Microplastics cause harm to the fertility, growth, and survival of animals in the marine ecosystem.

Humans become exposed to microplastics via various routes, with the consumption of seafood being one of them.

Therefore, cleansing the ocean of microplastic pollution is vital to the health of marine life and humans.

To test his theory, Ferreira mixed iron oxide with vegetable oil to create a ferrofluid into which he then added microplastics sourced from everyday items such as car tires, plastic bottles, and washing machine water.

He observed that the microplastics were attracted to the ferrofluid, and once they had attached themselves he was able to remove the plastic with a magnet.

His experiment demonstrated the selective removal of microplastics from water using a cheap, simple, and scalable method.

Following success with the first trial, Ferreira ran 5,000 more tests which were proven to be 87% effective at removing microplastics from water.

Now, Ferreira is in the process of developing a platform that would leverage this magnetic extraction method to remove microplastics from flowing water.

He aims to create a device that could fit into waterpipes to remove plastic particles in a continual fashion, preventing more plastic from entering the ocean as well as extracting existing microplastics.

Thus, this prevents people and the environment from exposure to microplastics.