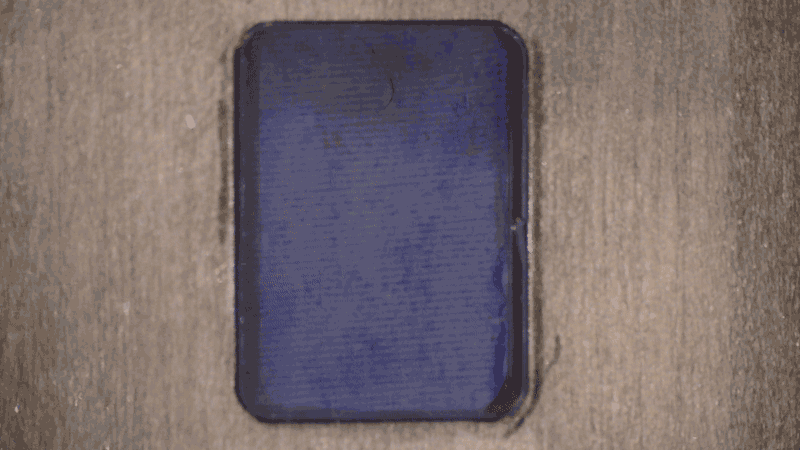 Membrane fouling occurs when particles get deposited on the filter over time, clogging the system and limiting its effectiveness and efficiency. Efforts to clean, or de-foul, these membranes have typically relied on chemical processes, in which synthetic solvents are pumped through the membrane to flush the system. However, this results in losses in productivity and profit, all while raising environmental and workplace safety concerns associated with waste disposal.

A solution to this challenge may soon be in sight. A team of researchers from the MIT Department of Mechanical Engineering, supported by a seed grant from MIT’s Abdul Latif Jameel Water and Food Systems Lab (J-WAFS), has found an alternative. Their solution was developed via a unique collaboration between researchers with expertise in fluid as well as structure dynamics.

The team has developed a novel system that can mechanically clean membranes using controlled deformation. Their new approach, one of the first ever to combine membranes and mechanics, has the potential to be cheaper, faster, and more environmentally friendly than traditional membrane cleaning techniques, and is poised to revolutionize the way we think about filtration.

“Fouling is the biggest problem that's facing membranes. Being able to solve it would be a game-changer for everyone,” says Omar Labban PhD ’20 of the Department of Mechanical Engineering, a joint lead author of a new paper published in the  Journal of Membrane Science .

Controlling the pressure on either side of this membrane allows the layer of contaminants to peel off and wash away.

Image courtesy of the researchers

The work got its start when two mechanical engineering professors saw the potential of uniting their areas of expertise. John Lienhard, the Abdul Latif Jameel Professor of Water and Mechanical Engineering and the director of J-WAFS, joined forces with Xuanhe Zhao, Professor of Mechanical Engineering and George N. Hatsopoulos Faculty Fellow. Lienhard is an international expert on water purification and desalination, while Zhao specializes in the field of soft materials.

“Real-world problems, such as membrane fouling, inherently cut across disciplinary lines,” says Lienhard. “In this case, we faced both a problem of soft matter mechanics and of membrane desalination. Our team combined this disparate knowledge through a solid experimental program to achieve a more environmentally benign cleaning process.”

The paper that details the team’s new approach was selected as an Editor’s Choice Article by the journal for February 2021. Paper co-authors Lienhard, Zhao, and Labban were also joined by co-lead author and member of the core research team driving this work, Grace Goon PhD ’20 of the Department of Aeronautics and Astronautics, and Zi Hao Foo, a former visiting student and current graduate student in mechanical engineering.

The “Achilles heel” of filtration

Fouling is the process through which particles are deposited on a membrane’s surface. While it occurs in any membrane filtration system, fouling is especially troublesome for desalination. As a process input, seawater has much more than salt that needs to be removed. Foulants, ranging from bacteria to organic material and minerals, can collect on reverse osmosis membranes very quickly. Once membranes become clogged, they are less effective, limiting the amount of clean water that can be produced as well as the purity of the end product.

Unfortunately, the current cleaning solution is not ideal. Membranes used for desalination are cleaned with chemicals, which takes time, money, and resources away from filtration plant operation. Water desalination plant operators often have to stop production to flush their systems for several hours per cleaning cycle. For the dairy industry, operators need to clean the membranes multiples times a day. The chemical cocktails used to flush the systems are often proprietary, making desalination prohibitively expensive for some countries and municipalities. The environmental impact is also hefty because the plants then must figure out how to dispose of the large quantities of chemical waste without causing ecological and toxicological problems.

Working together for a cleaner solution

Motivated by efficiency, affordability, and environmental sustainability, the research team sought to develop a chemical-free solution enabled by the principles of mechanics. Goon, a member of the core research team, recounts the early days, when the team explored various vibration methods, including a stereo system, to shake the foulant layer off the membrane. From there, they moved on to experimenting with varying the pressure on either side of the membrane to weaken the bonded debris. Eventually, they were able to cause the layer to peel off.

Their solution relies on a phenomenon known as membrane-foulant interfacial fatigue. Through subtle pressure changes, the team was able to gradually weaken and deform the bonded layer of foulants little by little until it could be washed away. Previous research strayed away from this method because of the fragility of the membranes, “but we've shown that if you're able to actually control it properly, you can avoid damaging your membrane,” says Goon. Best of all, the method can be used on the industry-standard spiral wound membrane module, where the tightly spaced layers of membranes posed a challenge for other mechanical cleaning methods.

While traditional chemical cleaning processes might be necessary to supplement this mechanical solution, this new method can reduce users’ reliance on chemical flushing, which benefits plant operators in multiple ways. The team’s calculations indicate that the shutdown time for cleaning would go down by a factor of six. With plants down less often, the total amount of clean water produced by the system can increase. “You'll be saving on cost, you'll be running the plant more, you'll be getting more output. When cleaning no longer becomes a burden for the operator, the system is going to operate in a much better state in the long run,” explains Labban.

These improvements provide tangible benefits to producers and consumers alike. During field research the team explored the market potential for this technology and spoke with plant operators across a number of industries who all expressed frustration with the cumbersome nature of the cleaning process. For the dairy industry alone, one that has already faced shrinking profits from the pandemic, the team estimates that a switch to mechanical cleaning could cut cleaning costs by half.

The unique intersection of membrane technology and mechanical processes that this technology models provides a solution that many in the desalination field did not think was possible. “Suddenly you're able to achieve a lot a lot more than before — your impact and change that you can accomplish becomes bigger,” says Labban of the chance to work on a multidisciplinary collaboration.

The project not only brought together two specialties in the Department of Mechanical Engineering and the Department of Aeronautics and Astronautics. The team was also joined by Gabrielle Enns, Annetoinette Figueroa, Lara Ketonen, Hannah Mahaffey, Bryan T. Padilla, and Maisha Prome through MIT’s Undergraduate Research Opportunity Program. The unique perspective that each team member brought helped foster creativity and camaraderie around the lab.

Because of the out-of-the-box approach that the interdisciplinary research team was taking, traditional funding mechanisms were not as readily available for this work. This is why the J-WAFS seed grant was so impactful. “Without J-WAFS, this work would not have happened,” says Labban. The grant allowed the research team to focus on the challenge as a primary research catalyst, as opposed to being limited to a particular technical process or structured outcome. This provided the team the freedom to take advantage of the cross-departmental collaboration that enabled the convergence of mechanics and membrane research in the name of better filtration strategies.

The current paper primarily looks at organic foulants and the technique has only been evaluated for a limited number of industries. Looking forward, however, the team is excited to expand upon its research by applying the method across a variety of areas, including the energy and agriculture sectors. As long as membranes are being used, there is going to be a need to clean them. “We are excited to be solving the major bottleneck with membranes and desalination,” says Labban. “Nothing else compares to this challenge.”