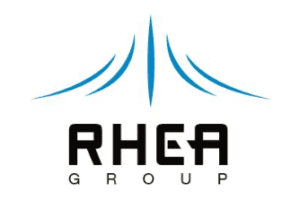 RHEA Group has won a contract to use its Earth-observation data expertise to support UK start-up DryGro, which is developing a sustainable animal feed alternative to soy. DryGro’s pioneering project which is under a program of and funded by the European Space Agency, is using a floating macrophyte commonly known as Lemna or duckweed, and turning it into a high-protein animal feed that requires much less land and far less water to produce.

John Bone, Chief Commercial Officer at RHEA Group, commented, “This summer we will start working alongside DryGro, BuildX Studio and Hyper Collective to coordinate Earth observation and Internet of Things data that together will enable monitoring of a controlled growing environment system in Naivasha, Kenya. The data will provide a feedback loop that can improve growing conditions, boosting yield and protein content.

“The satellite data will help to troubleshoot information collected from ground sensors and provide weather forecasts, along with measurements of ground heat and the moisture levels of the surrounding area. The aim is that together, this data will allow DryGro to optimize control of the growing environment.”

Duckweed is a well-known nuisance in ponds and lakes. It grows rapidly on the surface, reducing oxygen in the water by inhibiting both diffusion and photosynthetic production, to the detriment of any fish or algae. However, duckweed is rich in protein and it grows incredibly fast, doubling in biomass every two days.

The challenge for this pioneering project is to make it commercially viable compared with soy, which is one of the four largest crops in the world. However, soy relies on arable farming, requires a lot of water and contributes significantly to mass deforestation and biodiversity loss. Conversely, DryGro plans to cultivate duckweed in semi-cylindrical structures with closed loop water filtration systems that require far less land, and could be situated in a wider variety of locations.

Duckweed could produce animal feed protein eight times faster than traditional soybean meal, and therefore become a direct substitute for it in animal feed. Another advantage of duckweed feed is it uses 99% less water than soy because all the water used can be recycled.

John Bone added, “This is a really innovative project that RHEA is excited to be involved in. Providing technologies, solutions and/or services that help with the sustainability of our planet is in line with our company’s mission. We all have a part to play in making the world sustainable for future generations.”