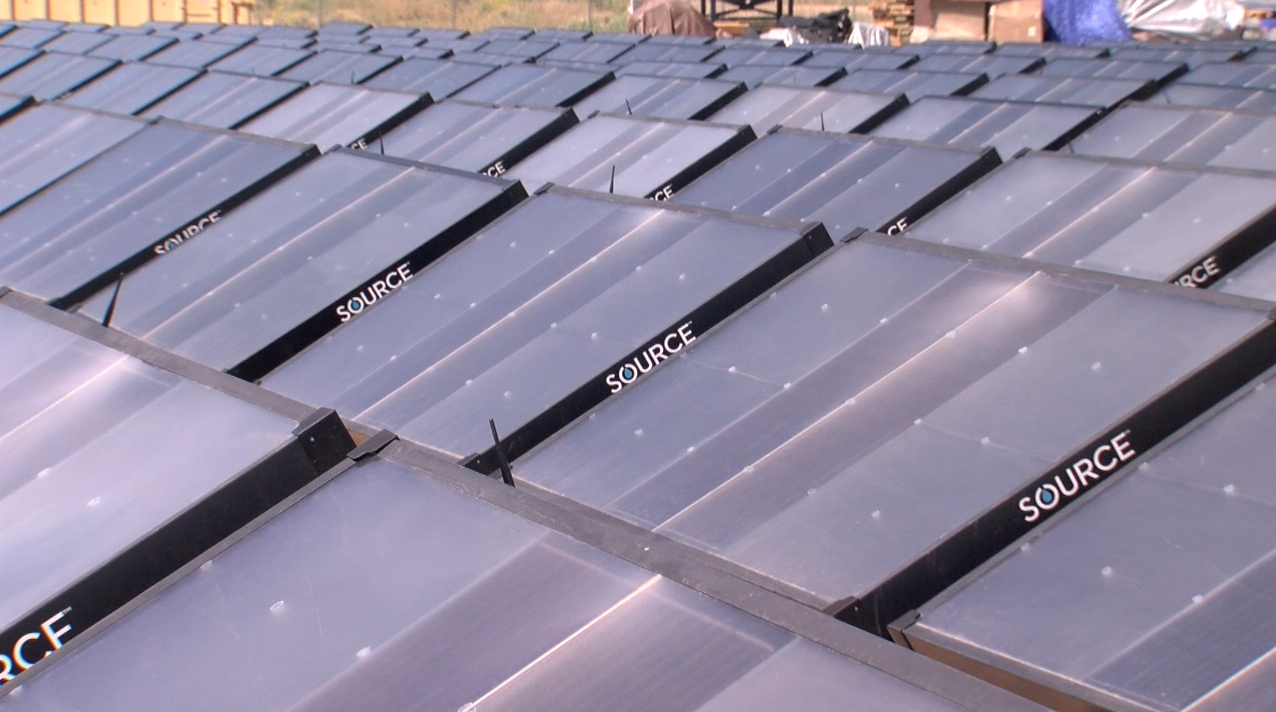 On a plot of land in Mesa, rows of hydro panels whir as they work to convert sunlight and air into drinking water. 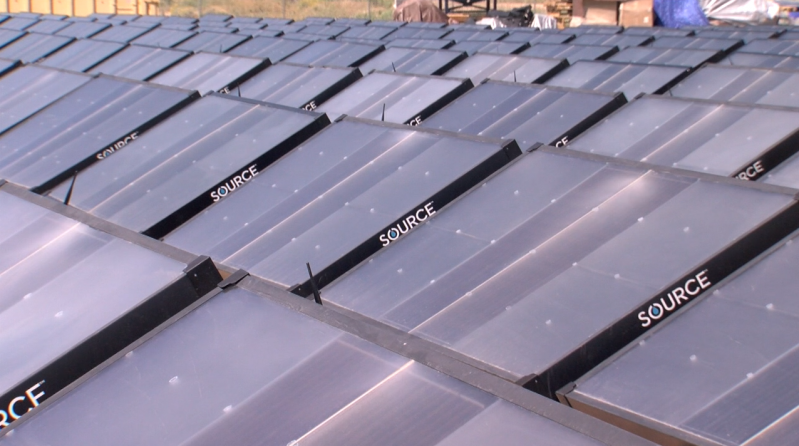 “Basically, we created a special material that goes in our panels in a lab at ASU and spun that into a solution to try and solve the world's drinking water crisis,” said Tom Borns with SOURCE Global.

A traditional solar panel powers the entire hydro panel, which measures four feet by eight feet. Two thermal panels flank either side of the machine, creating a warm environment inside the hydro panel.

“They're taking in as much thermal energy as possible. And essentially what we're trying to do is make the environment inside the panel as hot as we can,” Borns said.

A fan on the backside of the panel draws in ambient air “laden with moisture,” according to Borns. The cool, moisture-laden air enters the hot machine, where it becomes liquid H20. The technology inside the panel mineralizes the water with calcium and magnesium and adjusts the pH level.

From there, the water is ready to go from a 31-liter reservoir inside the hydro panel and into someone’s tap or water bottle.

“Our goal is to make drinking water an unlimited resource and make it so that people here in the United States and everywhere around the world don't have to worry about what they're going to do for the most important resource that they possibly can have,” Borns said.

Currently, SOURCE Global operates in 52 countries, providing water to communities in Dubai, South Africa, the Philippines, and even the Navajo Nation.

Borns said the water yield of a single panel is dependent on the weather, but they can typically create between seven to 11 gallons of water a week. The hydro panels last up to 15 years and can create water in areas where the ambient humidity is as low as 7%, according to Borns.