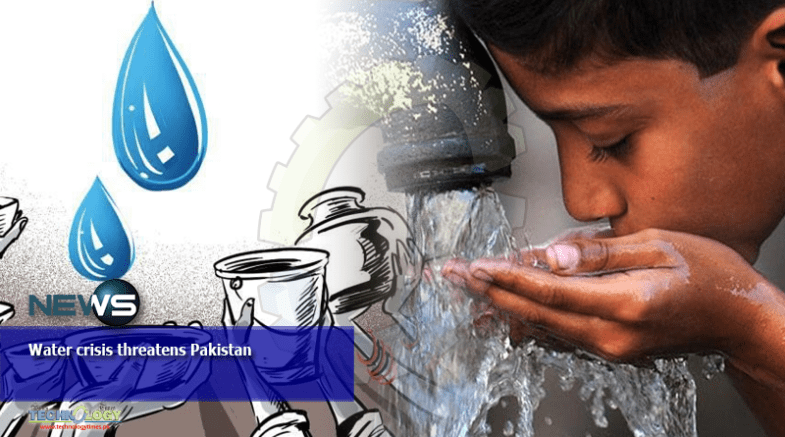 Water crisis are threatening Pakistan as the country faces a serious water crisis as per capita water availability falls due to gradual unavailability of freshwater supplies and the rising demands of the country’s expanding population.

Water crisis are threatening Pakistan as the country faces a serious water crisis as per capita water availability falls due to gradual unavailability of freshwater supplies and the rising demands of the country’s expanding population.

As per the National Annual Plan 2019-20, during the last 71 years, the per capita availability of water in Pakistan has come down to an alarming level of 935 cubic meters from 5,260 cubic metres.

If an immediate water storage strategy is not applied, the per capita water availability in Pakistan would decline to 860 cubic meters by 2025.

It would continue to lower to 500 cubic meters by 2040 if and only if strong measures are not taken to conserve water.

As per international standards, annually a country is supposed to have 1,800 cubic metres of water per person, while a level below than 1,000 cubic metres means that a country faces shortage of water.

Out of 167 countries in the world, Pakistan is ranked 23rd which face water scarcity.

A country also needs to have forests on 25% of its total land in order to avoid the negative impact of the climate change.

But sadly, the country only has 5.01% forest cover and 27,000 hectares of area is being lost annually due to the cutting of trees, this is according to the Pakistan Forest Institute,

The annual plan report stated that several projects had been launched in the country to reverse the effects of climate change which includes the 10-Billion Tree Tsunami Project, Green Pakistan Programme and others.

A Glacial Lake Outburst Flood (GLOF) project has been launched to prevent the melting of glaciers, which is being funded by the Green Climate Fund (GCF) – world’s largest dedicated fund helping developing countries reduce their greenhouse gas emissions and enhance their ability to respond to climate change.

According to the annual plan, GLOF Plan-II, transition to climate-smart agriculture, green buildings, rainwater harvesting, mangroves rehabilitation and protection and other projects had been on the government’s priority.